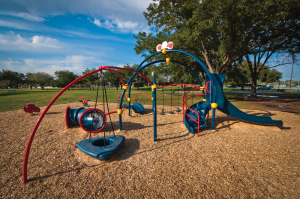 Between 2010 and 2013, the Houston region gained 392,702 new residents – the largest increase in population of any U.S. metro area during that time.  Houston is now the fifth most populous metro area in the nation.  Contributing to the attraction of the greater Houston area to new residents is the strength of the economy.  Since 2000, the region’s gross domestic product grew at twice the rate of the rest of the nation.  The greater Houston area enjoys a diverse economy with a strong energy sector where 13.2% of the nation’s crude oil is refined, and 40.6% of the nation’s base petrochemicals are manufactured.

Concurrent with this population and economic growth is an ever improving air quality.  Advances in technology, along with offsets allow industry to expand capacity while making great strides in air quality.  Houston is proud to report:

Houston meets five of the six national health-based air standards set by the U.S. Environmental Protection Agency.  Many other areas still don’t meet two, three, or even four, of these standards. 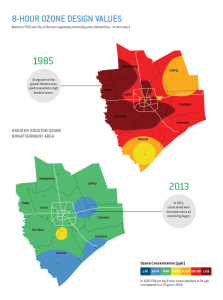 In addition to the improvements in technology, these improvements are also a result of cooperation between the public and private sectors.  For example:

With the support of the energy industry, Houston is now the most densely monitored region in the nation for a variety of air pollutants, with an especially dense network near industrial communities.
Industry has embraced the use of infrared cameras to ensure early detection of leaks from industrial facilities, gas stations, pipelines and other sources (a program first piloted by the Texas Commission on Environmental Quality in 2005).

The Texas Commission on Environmental Quality and University of Texas conducted an intensive study between 2009 and 2011 designed to examine how well flares work to destroy industrial waste gas.

Industry representatives accompanied scientists to the testing facility to observe the results of the tests.  The tests showed that by adjusting key operating parameters, the flare’s ability to destroy emissions could be increased.  Industrial facilities across the region began to adjust their flare operations to be more effective almost immediately.