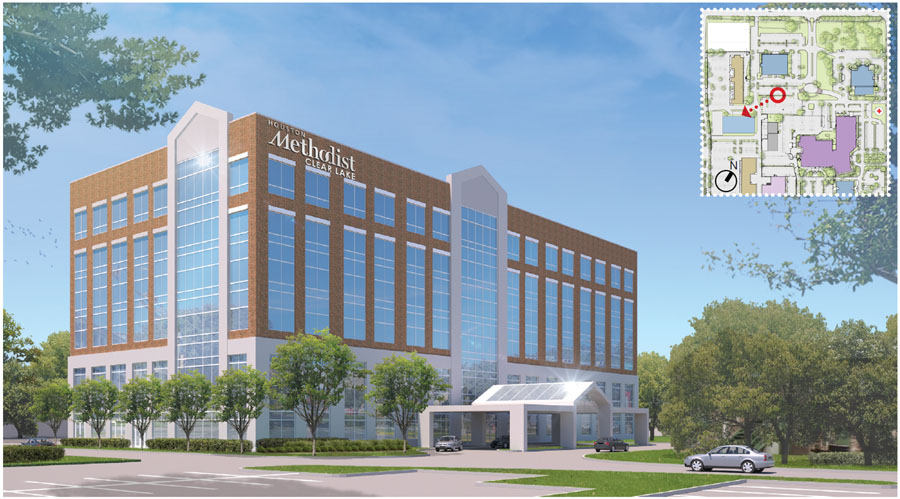 Houston Methodist Clear Lake Hospital will begin construction soon on a six-story, 150,000-square-foot medical office building on land adjacent to its campus on NASA Pkwy. – the first phase in a multi-year expansion plan.

Houston Methodist Clear Lake Hospital will begin construction soon on a six-story, 150,000-square-foot medical office building on land adjacent to its campus – the first phase in a multi-year expansion plan.