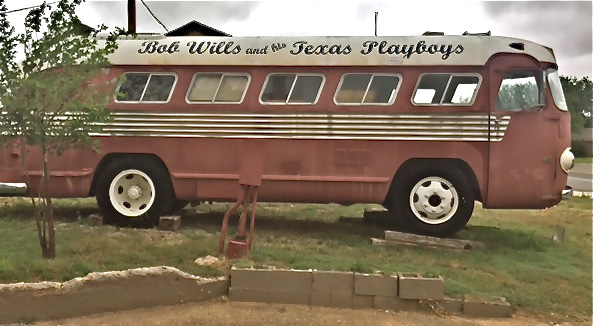 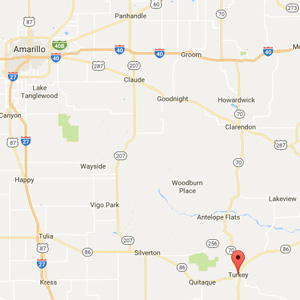 Turkey, Texas – Socrates purportedly said, “The unexamined life is not worth living.”  I say purportedly because we don’t really know for sure if Socrates said that, or anything else for that matter.  You see, we don’t have a single written work of his.  All we know of him comes from his student Plato.  In his dialogues, Plato has Socrates leading discussions and presenting his views on life and the world.  The fact is, we don’t really know that Socrates said any of the things Plato attributes to him.  It is entirely plausible that Plato could be presenting his own thoughts and placing them in the mouth of Socrates to give the ideas more credibility with his ancient Greek audience.  (Okay, call me a cynic.)

I guess it doesn’t matter who said it first, though; the idea is powerful and stays with us today.  In fact, it is this quote that became the basis for the entire field of philosophy itself.  It has been accepted as a universal truth since the fifth century B.C.  But frankly, I think whoever said it missed the boat on this one.  At best, he told only half of the story.  I believe the half that is being ignored is absolutely critical.

We were in Turkey, a town barely big enough to hold the six letters of its name.  We came to see the Bob Wills museum.  Growing up in Indiana, I was never exposed to country music, let alone old time western swing.  I had not heard of Wills and his Texas Playboys till after I had been in Texas several years.  I was a little behind in getting “cultured up.”

The museum itself looks like an old, elementary school building that has been repurposed.  But the item that got my attention most was not in the museum at all.  It was a bus sitting in a small grassy field across the street, next to the ruins of a 1920s-era filling station (we call those things “gas stations” today).  The paint on the bus was a kind of mix between purple, brown and rust and it had a white roof.  Across the sides of the roof was written “Bob Wills and his Texas Playboys.”  I’m not sure why, but I had a feeling this had to be the most valuable item in the museum’s collection.  And yet, it wasn’t in the museum at all.  It had been abandoned to the elements in this weed-filled lot.

I was sorry for all the things he never saw, and never would see.

I thought about how much of the lives of these men played out on this bus—and about the history that was made in it.  I wondered how many songs had been written in it and what role it played in the development of the western swing genre itself.  And yet here it sat—neglected and decaying.  It was really depressing.

My favorite escape from depression is a good meal, so I decided to try to forget the neglected bus and get some lunch at the only eatery I could find in town, a little breakfast and lunch place called Galvin’s.  I ordered a large bowl of red and a diet coke.  The only other person in the place was an old man, I’d guess around 85, who was eating a chicken fried steak.

As you might expect, we got to talking and he told me he had ranched on the edge of town for as long as he could remember and that his daddy and grandpa did the same before him.  His wife had died about seven years ago and now, being too old to ranch himself, he leases out his land for pasture and comes here for breakfast and lunch every day.

I asked him if he had travelled much.  He said he was too young for WWII so he never had to leave Turkey.  The furthest he had ever gone was Amarillo, just over 100 miles away, and he did that only one time because his wife wanted to see the big city.  They were both overwhelmed by the sheer volume of cars and people, and especially all the traffic lights.  He said he never left Hall County again.

I got to thinking about the life he led.  For me, there has always been something romantic about a family homestead, especially one with a substantial amount of land and a multi-generational past.  That sense of being grounded—of having a home—is something I have always coveted but will never experience.  Add to that, this was my fourth multi-day trip in eight weeks and I began feeling homesick for even my little postage stamp of ground in Clear Lake.

Before I could get too carried away by nostalgia for something I never had, I found myself looking at it from a different perspective.  The old man had never been to Yellowstone, or the Grand Tetons.  More tragically, he had never seen Big Bend, Hill Country, Luckenbach or the Big Thicket.   And my envy quickly turned to something closer to sympathy.  I was sorry for all the things he never saw, and never would see.

Certainly Socrates is correct in his contention that our lives must be examined in order for us to enjoy the maximum rewards.  I understand the importance of evaluation and assessment in everything we do.  How else can we tell if things are going as we planned?  If we examine our performance regularly and find that we are not measuring up to our goals, we can immediately make changes in our actions in an effort to improve the outcome, be it at work or in life.  Later, we can reassess whether the changes are working.  If not, we can do further tweaking.  Every examination, and every change we make in response, leads to a more rewarding life.

So there is no question; Socrates is correct when he says, “The unexamined life is not worth living.  But I think when it comes to our happiness and satisfaction in life, he misses a far more critical point, or perhaps it is a corollary—the unlived life is not worth examining.

I don’t know.  Maybe the old man in Turkey would be satisfied with what he saw upon assessing his life.  But my guess is, he’d more likely be devastated.  In looking back when the end is near, we seldom regret things we did.  We are far more likely to regret the things we didn’t do.

Maybe Brother Jimmy summed it up best when he said, “That’s why we wander and follow La Vie Dasante.”

4 Commentss to “The Unexamined Life”