Four Bay Area residents who made a difference 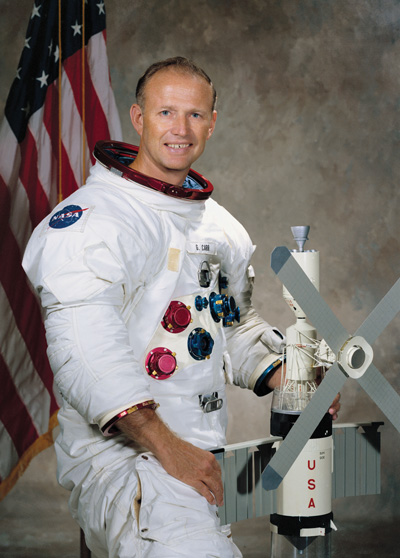 Former astronaut Gerald P. Carr, who commanded the last Skylab mission, passed away Aug. 26 in Albany, N.Y., after a brief illness. He was 88.

“NASA and the nation have lost a pioneer of long duration spaceflight,” said Administrator Jim Bridenstine. “We send our condolences to the family and loved ones of astronaut Gerald ‘Jerry’ Carr, whose work provided a deeper understanding of life on Earth and in space.”

As commander of the Skylab 4 mission, Carr and his all-rookie crew conducted an extensive science program. It included medical investigations to test the effects of long duration spaceflight on the human body and Earth observations and solar observations that revolutionized our understanding of the Sun. Those contributions were pivotal to our ability to support humans living and working in space for long periods, as they have been doing aboard the International Space Station for nearly 20 years.

Carr got his fascination for flight as a boy growing up in Santa Ana, Calif., watching the planes take off from Orange County Airport – a fascination that would lead to his 84-day orbit around Earth, which at that time was the longest manned space mission in history.

Although Carr moved to Houston in 1966, he always considered Santa Ana his hometown. And Santa Ana never forgot its esteemed astronaut. Carr Intermediate School bears his name. He met JoAnn Petrie, his first wife and mother of his six children, at Santa Ana High. After graduation, he began his military career in the Navy while simultaneously working on his B.S. in Mechanical Engineering at USC. He also earned a Master of Science in Aeronautical Engineering from Princeton University in 1962. While stationed at El Toro Air Base, Carr served with the Marine All-Weather Fighter Squadron 122. Just as he was about to deploy to Vietnam in 1966, NASA offered him a job.

He retired from the Marine Corps in 1975 and from NASA in 1977, after which he and his second wife, Dr. Patricia Musick, founded a small aerospace consulting company based in Arkansas. The couple moved to Manchester, Vt., 12 years ago.

His son, Jeff Carr, too, would touch down in the space industry in Clear Lake, where he has worked for three decades in public affairs. 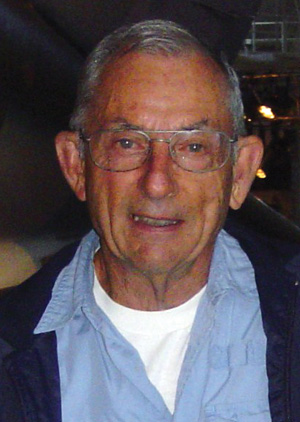 Clarence Chesterfield “Buck” Gay Jr. of Nassau Bay, who served as director of Space Shuttle Operations at NASA Headquarters before transferring in 1971 to the Johnson Space Center, died Aug. 20 in Houston. Born in Fort Worth, Dec. 20, 1933, he grew up in Fort Worth where he attended Carter Riverside High and earned a B.S. in Aeronautical Engineering from Texas A&M College in 1955. While attending A&M he met Flo Ann Noack on a blind date at an Aggie football game, and the two married on Aug. 14, 1954.

He joined the U.S. Air Force as a 2nd lieutenant and began training as a pilot (his dream job) at bases in San Antonio and Kinston, N.C. When his dream of flying jets was lost due to a reaction to a flu shot, he focused on designing aircraft and in 1962 was hired by NASA and joined the effort to put men on the moon. Buck worked on the Gemini program at NASA Headquarters in Washington D.C. from 1963 until 1971, receiving the NASA Exceptional Service Award in 1969 for his contributions to the Apollo 11 moon landing. His final years in D.C. were as director of Space Shuttle Operations, overseeing the development of flight programs.

In 1971, when he transferred to JSC, he was responsible for the JSC Shuttle Operations budget and planning and preparation of space shuttle landing sites. In 1984, he retired from NASA and worked until 1991 for Eagle Engineering, Grumman, and Muniz Engineering, participating in the development of the space station.

In addition to his fascinating career, he led a rich, full life. He was the proud patriarch of a family that included his wife of 66 years Ann, brother David Conrad Gay, sons Richard Lee Gay, Ronald Lynn Gay, Robert Glen Gay and Randall Lawson Gay and daughters Linda Gay Dunk and Laurie Gay Vaughn; 15 grandchildren and 9 grand kids. While raising his children, he served as a Scoutmaster, Little League coach and umpire, and Pony Colt League president. He also traveled extensively, making it to the Pyramids in Egypt, the heart of the Amazon, the Great Wall of China, around the horn in South America, and saw the Serengeti in Africa from a hot air balloon. Not content to merely enjoy these activities, he learned acrobatics, became a gliding instructor and served as commodore of the Galveston Bay Cruising Association. In celebration of his 75th birthday he went skydiving.

As his working career wound down, he filled his time by volunteering in the community, serving on the Nassau Bay Parks Committee, and co-chairing the restoration of the Nassau Bay Peninsula and its establishment as a wildlife preserve. He also served on the CCISD Education Committee and was the photographer for Nassau Bay City Council meetings. He worked with the Bay Area Habitat for Humanity for nearly 25 years, helping build over 100 houses for needy families before finally hanging up his tool belt at the age of 84.

He was a member of St. Paul›s Catholic Church in Nassau Bay since 1971 and was a Eucharistic minister for 30 years. He was also active in the Knights of Columbus, serving as a Grand Knight for two years. Each Fourth of July he stayed up nearly all night helping prepare barbeque for their primary fund raiser. 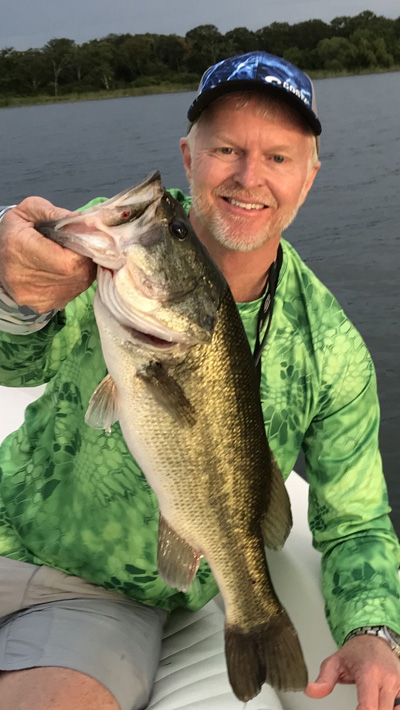 Kenneth James Gurry Jr. of Friendswood, president and CEO of Gurry Mechanical in Webster, passed away on July 26, at the age of 56.

Jay, as he was known to all, was born May 6, 1964 in Valdosta, Ga., and grew up in the Clear Lake area. He was an honor graduate of Clear Creek High School in League City and then a proud member of the Class of 1986 at Texas A&M University, where he excelled in the Corps of Cadets and achieved the rank of Commanding Officer of Squadron 9. He was commissioned as a 2nd lieutenant in the Texas Air National Guard and then attended Undergraduate Pilot Training in Lubbock, going on to serve 10 years in the U.S. Air Force 111th Fighter Squadron flying F-4 Phantoms and F-16 Falcons. After his distinguished military career as a fighter pilot, Jay joined his father’s company, eventually becoming its CEO.

Having grown up on the Gulf Coast, Jay would often be found fishing, hunting, playing tennis, and surfing — sometimes even on school days. As an adult, his passion for the outdoors and sporting not only continued, but grew. And, as he grew older, he added more sports including skiing and scuba diving. His passion for the outdoors was passed down to all of his children, especially his son Trey, who can often be spotted in the waters of Galveston Bay.

As a highly respected local businessman who was passionate about his community, Jay always gave back by donating his time, money, and efforts, and was an exemplary role model for his family and others. He served as president of Communities in Schools-Bay Area, was elected King of the 2012 Lunar Rendezvous Festival, was a Men and Women of Heart Gala honoree in 2008, charitable supporter of Bay Area Turning Point, and served as a finance chairman at his church.  He also served on boards for The Perry Family YMCA, Clear Creek Education Foundation, and as chairman of the Gateway Community Church Board of Trustees.

As a father, Jay made some of his most treasured memories at his weekend home in Round Top, Texas, taking trips to Galveston Island, and traveling to various destinations with his family, including his wife and best friend Kim, daughters Erika and Sydney, and son Trey. As of March, Jay had the pleasure of becoming a grandfather to his first grandchild, Ella Pearl. While his term may have been short, his family marveled at how «JJ» loved and cherished every moment with that baby girl. 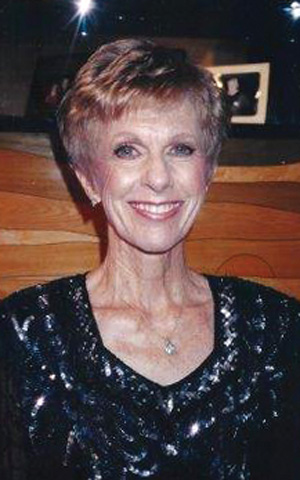 Diane Carole McLaughlin of Taylor Lake Village – a busy community volunteer for a number of years — passed away in an Alzheimer’s care facility in League City Aug. 25, 2020 at the age of 82. Born on April 8, 1938 in Los Angeles to Herbert and Betty Robertson, Diane was an only child and enjoyed a happy childhood establishing friendships that lasted her lifetime.

After attending Hamilton High in west Los Angeles, she entered Santa Monica City College, where she met her first husband. A son, William, was born to them but less than a year later she was widowed when her husband drowned in a backyard swimming pool. Diane was a determined and forceful person, graduating from UCLA while raising an infant son. Several years later she met Barnett (Barney) McLaughlin through a blind date. Courtship and marriage ensued and two children, Sean and Heather, soon rounded out the family.

Diane was the perfect wife and hostess. According to reports, her culinary skills were exceptional — especially when it came to chocolate desserts — and she regularly hosted gourmet dinners and bridge parties. Corporate moves sent her around the country, and each time she adjusted with aplomb. Finally settling in Taylor Lake Village in 1985, Diane became active in many organizations in the Bay Area. Classical music was of great importance to her and she channeled that passion through fund raising efforts for the Houston Symphony League-Bay Area, of which she was a member for many years, holding various chairman positions and serving as HSLBA president in 1995-96. She was also a season ticket holder to the Houston Symphony for over 20 years, and during that time volunteered at various functions for the symphony, which presented her with the Crystal Cello Volunteer of the Year Award.

A long-time member of the Assistance League, she especially enjoying serving as co-chairman of Operation School Bell, and was a familiar face at St. John Hospital, volunteering in the Outpatient Surgery Unit for many years. Diane was one of the «Men and Women of Heart» honorees at the 2006 Gala for her active roles and leadership in volunteer organizations. She was an avid tennis player, an excellent swimmer, and she enjoyed traveling to overseas destinations with her husband. Diane is survived by her husband Barney, sons William Strauss of Mississippi, Sean McLaughlin of Toledo, Ohio, daughter Heather Mee of Bellaire and grandsons, Jeremiah and Colin Mee of Bellaire.