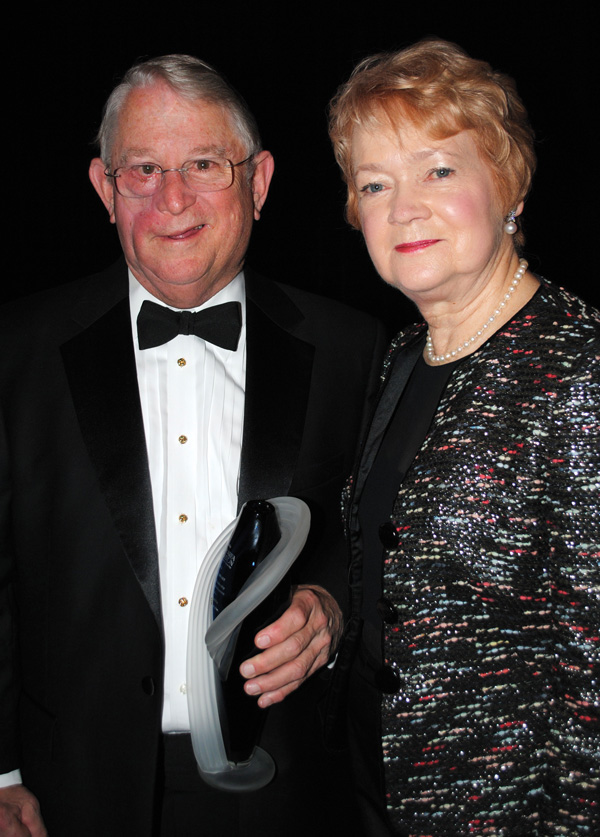 So it was no surprise when South Shore Harbour Resort’s Crystal Ballroom was filled to nearly overflowing that the crowd of 600 saluted him with a standing ovation at the annual Quasar Banquet.

Early in his career he helped Friendswood Development Co. with the purchase, planning and development of the planned community it named Clear Lake City. Today, after having a hand in the construction of many buildings around the area, he is taking Nassau Bay to a whole new level as his company, Griffin Partners, builds Nassau Bay Town Square, where aging and empty office buildings once stood.

And, what a crowd it was — elected officials from all over the area, and many of our best known business and education executives. 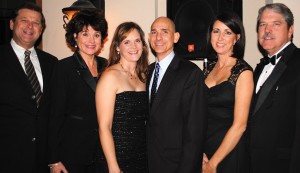 Three Bay Area legislators and their wives were in the Quasar Banquet crowd – from left, Rep. John Davis and his wife, Jayne; Rep. Greg Bonnen and wife, Kim; and Sen. Larry Taylor and his wife, Kerri. 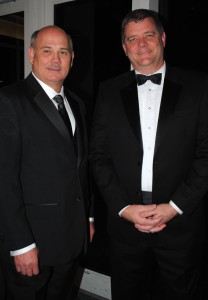 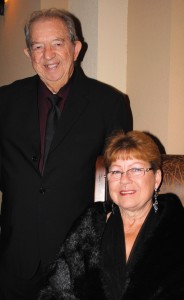 Long-time Webster Councilman Mel Donehue and his wife, Connie, await the start of the Quasar Banquet.

One of the most popular couples of the night was Jim Reinhartsen, who was president of BAHEP for 15 years, and his wife, Lee. Many who hadn’t seen them in four years or more since they moved north of Houston after he retired were happy to see them back in Bay Area Houston if only for an evening.

JSC General Consul Bernie Roan and his wife, Debbie, pick out their table as they arrive at South Shore Harbour Resort for the Quasar Banquet.

DR. DAVID GORDON and his wife, Lauri, and a host of friends had a great time celebrating his birthday at the Gordons’ Bay Oaks home in Clear Lake Dec. 21 and the fact the world did not end as predicted . . . .   Jerry and Peggy Clause got in a little celebrating, too, as dozens of long-time friends and family joined them Jan. 5 at the Galveston Country Club for their 50th wedding anniversary….