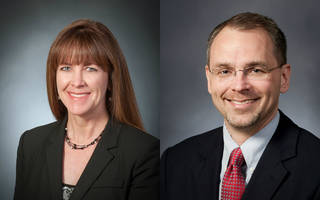 NASA Administrator Charles Bolden has named former astronaut Janet Kavandi director of the agency’s Glenn Research Center in Cleveland. Kavandi has been serving as Glenn’s deputy director since February 2015. She succeeds Jim Free, who was named deputy associate administrator for technical in the agency’s Human Exploration and Operations Mission Directorate in Washington. The appointments are effective Monday.

As director, Kavandi will lead a center that has a decades-long tradition of excellence in aeronautics and spaceflight, with more than 3,200 civil service and contractor employees and an annual budget of approximately $580 million.

“Janet has demonstrated extraordinary leadership throughout her NASA career, from her spaceflights to her continued dedication to our mission at the Johnson Space Center and Glenn,” said NASA Administrator Charles Bolden. “I know she’ll bring that same excellence to bear on Glenn’s critical role in our journey to Mars. I also thank Jim Free for his service as the head of this important center and look forward to his contributions in human space exploration.”

Kavandi was selected as an astronaut in December 1994. During her time in the Astronaut Office at Johnson, she supported space station payload integration, capsule communications, robotics, and served as deputy chief of the Astronaut Office. She is a veteran of three spaceflights, serving as a mission specialist on the STS-91 mission in 1998, STS-99 in 2000, and STS-104 in 2001. Kavandi has logged more than 33 days in space.

Free joined NASA in 1990 as a propulsion engineer at NASA’s Goddard Space Flight Center in Greenbelt, Md. His first assignment at Glenn was in 1999 as the International Space Station liaison for the center’s Fluids and Combustion Facility. From 2008 to 2009, Free was the Orion Test and Verification manager at NASA’s Johnson Space Center. He then returned to Glenn and served in a number of leadership positions, including chief of the Orion Projects Office and director of Space Flight Systems. In 2010, he was appointed the center’s deputy director and named director in January 2013.