Enrollment up at most colleges around the area 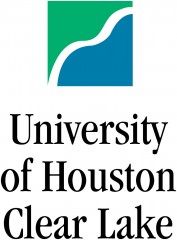 While enrollments at Texas colleges have slowed down during the recession, most have continued to grow – especially those in the University of Houston System.

The University of Texas at Austin also registered an increase from 51,145 last year to 52,213 while the enrollment at Texas A&M-College Station increased from 51,895 to 52,378, making it the largest university in the state.

However, the community colleges did not fare so well, most showing a slight dip as the long recession began taking its toll.

In other college news,

College of the Mainland in Texas City has named Dr. Beth Lewis as its seventh, and first female, president, coming from Northeast Lakeview College, where she was vice president of academic affairs.

Earlier, Lewis, who has 25 years experience in higher education and instruction, served as dean of academic affairs at Blinn College in Brenham. She has a B.A. in English from UT in Austin and a M.A. in English, and a Ph. D in Educational Leadership from Sam Houston State University.

Texas A&M at Galveston opened two new dorms this school year, each with 294 beds when construction on the $29 million project was concluded this summer.  Current enrollment is about 2,000.

UTMB at Galveston has more than 2,900 students enrolled – 900 in the school of medicine — and just graduated more than 200 physicians