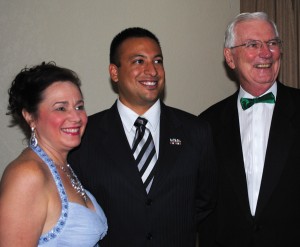 Four of Clear Creek ISD’s best and brightest alumni were honored at the Clear Creek Education Foundation’s 12th annual Reach for the Stars Gala, along with five others lauded for their educational efforts.

Dr. James O’Malley was honored as CCEF’s Citizen of the Year at the black-tie gala at South Shore Harbour Resort, while Lisa Holbrook was named recipient of the George Carlisle Award and Bryan Escobedo was presented the Valor Award. Teachers of the Year Jennifer Foley and Nicola Clemmer were recipients of Super Star Awards.

The Outstanding Alumni honorees were: 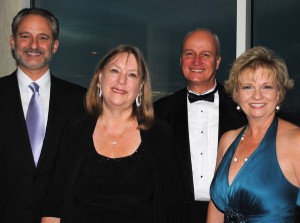 O’Malley was cited for his “passionate and deep belief in the value of a quality education and education system,” and for his service as both CCEF chairman and board member. 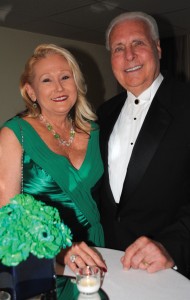 Escobedo, a 2003 Creek grad and veteran of three tours of duty in Iraq, was honored for his work assisting local veterans in making the transition from military to civilian life.

Holbrook, district director for State Rep. John Davis, was cited for her long years of devotion to education as a PTA leader and as a volunteer in many community organizations, including her service as current president of the Assistance League.

Both of the Teacher of the Year Superstars are CCISD graduates. Jennifer Foley graduated from Creek in 2000 and Nicola Clemmer from Lake in 1986.