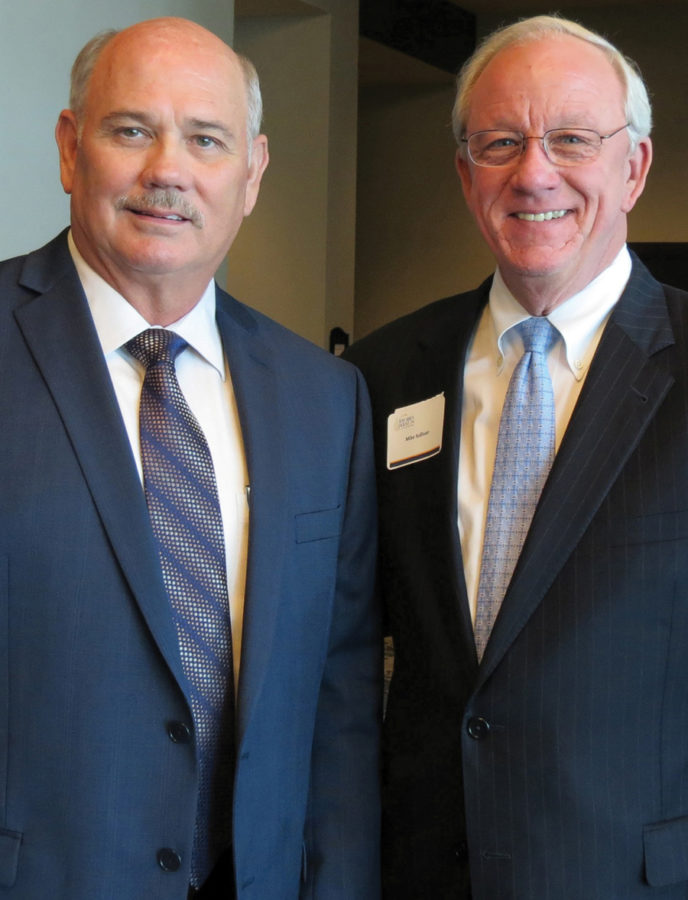 Dr. Ted C. Jones talks – a lot. In his position as the chief economist, senior vice president of Stewart Title Guaranty Co., he typically gives more than 150 presentations on real estate and the economic outlook each year. Members of the Bay Area Houston Economic Partnership were recently the enthusiastic recipients of one of his entertaining and insightful talks.

During his presentation – Things Change, the Outlook for Real Estate and the Economy – Jones made some predictions that business owners found encouraging. “The administration is going to cut the corporate tax rate from 35 percent to 15 percent.”

Jones also predicted that we’re going to have U.S. overseas corporate profit repatriation. What does that mean? The administration is proposing that we give a one-time tax holiday for corporate repatriation. He’s advocated for a special corporate tax repatriation holiday rate whereby corporations with money stashed overseas would be able to pay a tax rate of just 10 percent on that income, in order to bring it back into the United States.

This cash could be a big boon to some of the largest U.S. multinational companies. The Speaker of the House said America would bring back $3 trillion by doing this, Jones said. In winding up his predictions, he went on to say there would be a corporate gains tax cut, as well as tax changes for the middle class that would be positive for some and not so positive for others.

No recession
Jones then turned his attention to the performance of the U.S. stock market in 2016, which saw the Dow Jones Industrial Average at 13 percent, followed by the S&P 500 at 9.5 percent and the NASDAQ Composite at 7.5 percent. He said that the NASDAQ Composite is heavily weighted towards information technology companies, adding that the industrials were the big winner, which is great news for Houston where the primary business is industrials.

Jobs were the next topic of discussion, and there was good news and bad news to relate. Jones said we now have more jobs than at any other time in our history, but U.S. job growth keeps going down. However, leisure and hospitality jobs grew by 2.25 percent over the past 12 months compared to the 1.64 percent growth overall of U.S. jobs. In the Houston – The Woodlands – Sugar Land Metropolitan Statistical Area (MSA) that growth was 4.17 percent. “You don’t spend money on leisure and hospitality unless you feel good about the future,” Jones remarked. Because of this segment of growth, he, therefore, does not see a recession coming up.

Finally, Jones spoke of oil, gas, and the Permian Basin. Under Midland-Odessa and the Permian Basin, new technology made it possible to find 14 billion barrels of oil. “Mark my words,” he said, “10 years from today, the U.S. will be among the top five oil exporting countries in the world.”
Things change. Technology changes.

It’s a good time to live in the great state of Texas.