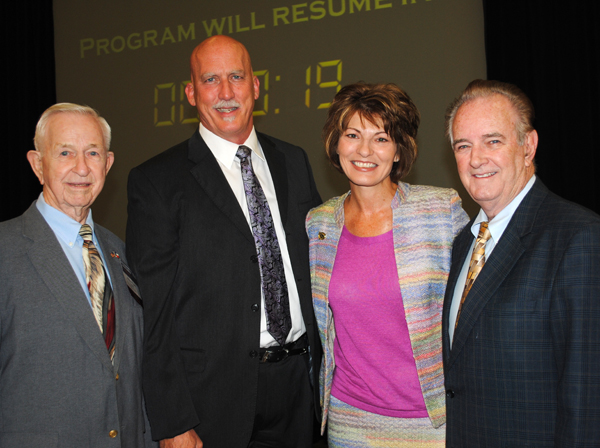 “The future of the Houston Ship Channel region is so bright you have to wear shades.”

That was the way Port of Houston Commission Chairman Janiece Longoria put it as she delivered the morning keynote address at the Economic Alliance Houston Port Region Petrochemical and Maritime Outlook Conference at the Pasadena Convention Center.

Speaking to the crowd of 600 petrochemical and maritime executives, she talked about the Port’s upcoming 100th anniversary and the expansion of the Panama Canal and the growth the Port of Houston can expect from that.

“We really are anticipating significant expansion,” she said, adding that the Port just took over New York as the country’s leading exporting port – “something to be proud of.” And that some $700 million has been allocated to Barbour’s Cut to assure its growth and make sure it can handle the expected increase in traffic from the Panama Canal.

She was one of several speakers updating the crowd on the impact of gas exploration in Texas, increases in shipping, economic growth, the success of the chemical industry’s export market, and the many opportunities ahead. 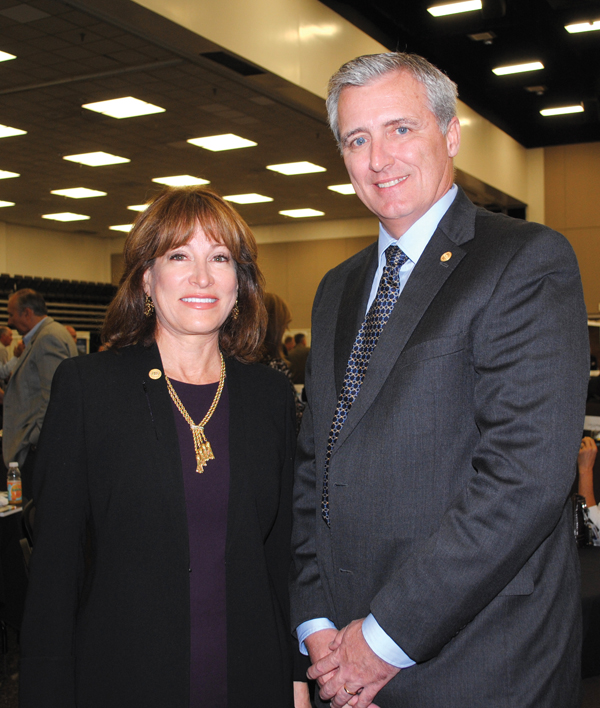 Port Commission Chairman Janiece Longoria and Port Executive Director Col. Len Waterworth look for their table as they join the crowd at the Economic Alliance Petrochemical and Maritime Outlook Conference.

During the morning session, the focus was on the petrochemical industry with several panelists updating the crowd.

Afterwards, the focus turned to the maritime industry with a group of panelists discussing maritime shipping and steel imports.

“The ship channel region is uniquely positioned for strong economic growth and prosperity,” Economic Alliance President and CEO Chad Burke pointed out. “Whether it is $15 billion or $35 billion in potential investment or 25,000 or 100,000 construction jobs that will be created, we are certain we will experience significant capital investment and job creation.

“There will be thousands of jobs for our residents due to work secured by companies in the region…but the growth is not without its challenges. Companies moving to this region or expanding here need a consistent and fair regulatory environment, a reasonable tax environment and an educated, skilled workforce. The Economic Alliance is actively working on these public policy issues.

“We have a task force of industry and education leaders working on plans to develop a local workforce that can support future growth,” Burke added.