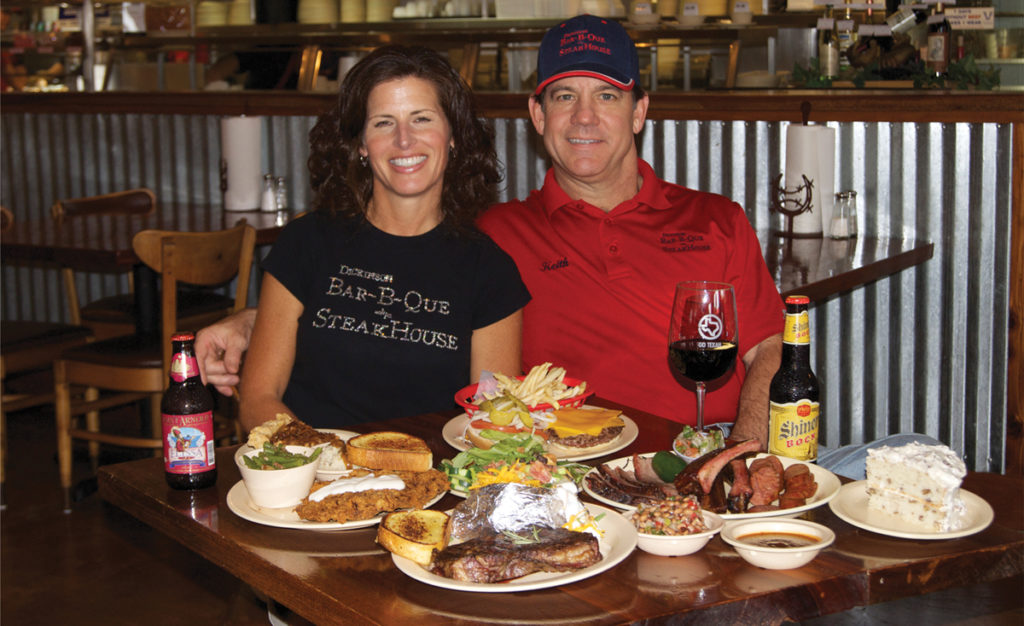 Keith and Holly Lilley with some of Dickinson Bar-B-Que and Steakhouse’s finest fare.

Dickinson Bar-b-que and Steakhouse opened for business on Oct. 3, 2009, but was all but wiped out in late 2017 after Hurricane Harvey.

“It took 6 months, a million dollars worth of lost revenue, $700,000 for renovation and about $300,000 worth of cash to bring it back to life.” said restaurant owner Keith Lilley.

To make matters worse, the Lilley’s second restaurant, Marais, located right next door to Dickinson BBQ, was opened just four months before Harvey hit. But owners Keith and Holly Lilley were determined not to let this ruin their businesses.

But it wasn’t just the business that could have suffered from the massive storm, what about the employees?

“We all were damaged by Harvey, too, so, what’s the worst thing you can do to someone who’s lost everything is now tell them they’re unemployed.” Keith said, “So we couldn’t do that.”

The Lilleys made the extra effort to make sure their employees would still be able to pay their bills, and let them know they would all still have their positions.

“We also carried all 32 employees and 3 managers for six months.”

He says that while he and his wife really didn’t want to leave all of the people that had worked for them for years high and dry, this was also a decision for the business.

He says that a restaurant that has such a skilled, long-term staff shouldn’t just throw these people away, and that valuable employees are hard to come by. But he has some credit in the strong work force that he has built.

This is how the Lilleys have put together a team of people that have stuck by them for years. 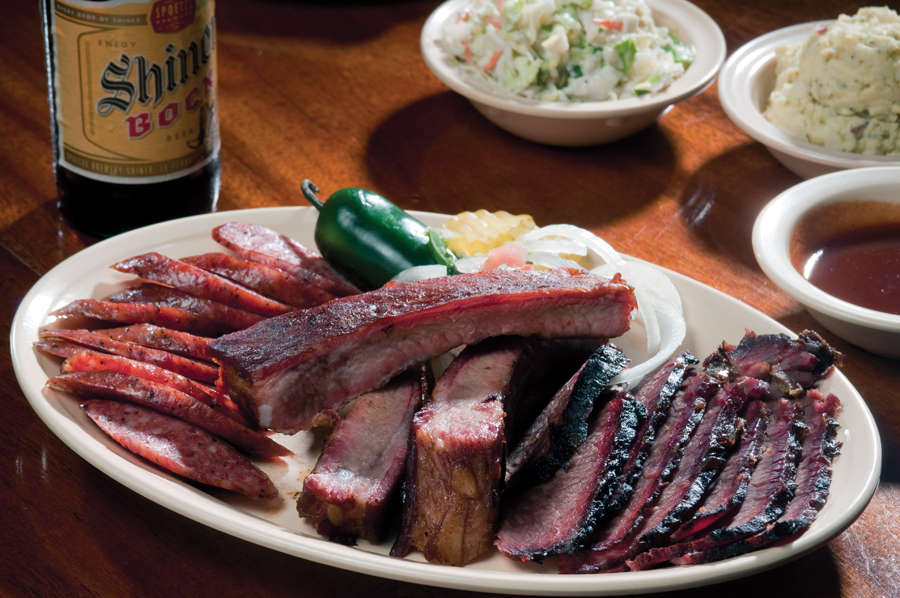 But this isn’t the only part of the business they feel proud to have built up. Keith says that all through his career of building up his businesses, he had people telling him he would never make it, that it wouldn’t work. Now he and his wife take pride in the restaurants they have created.

All he has to say about that?

But what is it that keeps people coming back?

“Our menu is a combination of have you ever thought of takin’ this, stuffin’ it with that, fryin’ it with this and dippin’ it in that?”

Keith says the unique selection of dishes were a collaborative effort between him, his wife and the head chef.

“Trial and error to be the best in class drives our menu creation. That also includes Marais, our other restaurant next door, where we and Executive Chef Frank Pannitti dream up some of the finest food you’ve ever had.”