Deadline near to file for city posts 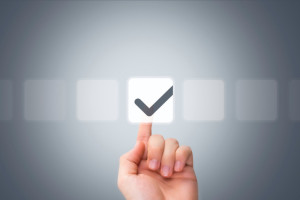 The year 2016 will be a busy one for voters as we choose a new president, elect or re-elect congressmen and state legislators during the March 1 Democratic and Republican primaries to select party nominees.

Then we have city elections Saturday, May 7 in many area cities as residents choose mayors and city councilors and vote on various municipal proposals. In between, there’ll be runoffs, also.

Friday, Feb. 19 is the last day a candidate can file for a place on the ballot in the May 7 city elections, while write-in candidates have until Tuesday, Feb. 23 declare their candidacy.
Filing for the March 1 party primaries is closed.

In the congressional races, while several did not draw party opponents, only Rep. Brian Babin drew no opposition at all. Pete Olson (R) will face either of two Democrats — Mark Gibson or A.R. Hassan — in the fall, and Sheila Jackson Lee has four Republicans seeking a chance to run against her.

Besides Hillary Clinton, Martin O’Malley and Sen. Bernie Sanders, another 143 are running for the Democratic nomination.

Then there are dozens – perhaps more than 500 – of third party and independent candidates. For a complete list, visit www.politics1.com/p2016.htm

In Harris County, registering is quite simple. Google Harris County voter registration and you’ll get the Harris County Tax Office page. To your right you’ll see a box labeled Voter Registration Applications. Fill it out. Print it. Sign it and mail it in before the next deadline.

For Galveston County, Google Galveston County voter registration. Fill out the form online, print it, sign it and mail it in in the postage-free mailer provided. Or stop by the county courthouse in Galveston or any of the three branch offices in League City, Santa Fe and Texas City and fill out a form and turn it in.