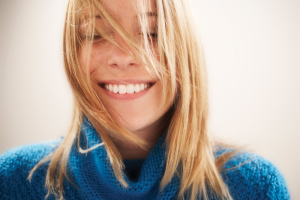 The problem: Dental amalgam is a filling material used to fill small cavities caused by tooth decay. It is a mixture of several metals. It consists of liquid mercury and a powdered alloy composed of silver, tin and copper. Approximately 50 percent of dental amalgam is mercury by weight.

Dental amalgam fillings are also known as “silver fillings” because of their silver-like appearance. They dominated the industry for more than 150 years because they were strong and long-lasting. Amalgam fillings have exhibited excellent wear resistance properties (similar to human enamel). They are also very durable. They can seal the prepared cavity for an average of 13 years as opposed to 5 to 6 years for composite resin (tooth color fillings).

Amalgams also happen to be the least expensive type of filling material. Up until 20 years ago, Amalgam fillings seemed untouchable. Tooth color fillings have been around since early 1960s. They were however, used exclusively on front teeth and small cavities. They are cosmetically appealing at first, but stained and darkened at a much faster rate than human enamel, especially if the recipient consumed coffee, tea, or red wine.

That rapid staining is due to large molecular structure of composite. They also could not match the durability of Amalgams. They shrunk at a higher percentage than other alternatives. One might wonder why Amalgam fell from grace and became widely replaced by an inferior product? The short answer is (1) its appearance and (2) mercury poisoning.

While the first reason could be discounted as vanity, the second reason became very unsettling once we discovered the adverse long term effects of mercury vapor build up in our brain and the kidneys. The combination of the above two reasons was enough for most dentists to switch from Amalgam to composite resin.

What is a composite resin?
A composite resin is a tooth-colored plastic mixture filled with glass (silicon dioxide). Introduced in the 1960s, dental composites were confined to the front teeth because they were not strong enough to withstand the pressure and wear generated by the back teeth. Composites are also very technique sensitive and intolerant of any moisture when being placed. It is sometimes impossible to keep a cavity dry to place a composite.

Other options
Gold or custom designed ceramics have been available but never gained mainstream popularity. Gold inlays and onlays are still considered “gold standard” when it comes to replacement of segments of natural tooth. They are unfortunately not tooth color and require multiple visits to complete as opposed to just one. Ceramics solved the problem of the gold flashing smile, but still they required multiple visits. And, natural porcelain can fracture at a fastest rate than human enamel.

Finally a cure
There did not seem to be an ideal solution on the horizon until two new technologies collided and produced a perfect solution. Digital scanning and computerized designed and milled machines enabled multi visits procedures to be done in one day. There were still the hesitation of porcelain’s greatest flaw, occasional fracturing. Modern technology improved the purity of porcelain but they were still sub par to human enamel.

Then came a German research company named Ivoclar Vivadent that was able to fabricate synthetic porcelain blocks that are completely monolithic (no weak points or flaws).

They are as brilliant and beautiful as human enamel and even more shatter resistant than them. They can also be computer custom designed and milled to an accuracy of less than one tenth of a millimeter in about two hours. Small fillings no longer are doomed to become large fillings over time and eventually need crowns and root canals.

They can now be replaced with a superior material that has the durability and form stability of gold, esthetics of porcelain, and convenience of one visit.

I am so impressed with this new eMax porcelain onlays and inlays that I have agreed to guarantee them for life so long as my patients follow ADA’s (American Dental Association) minimum required oral hygiene requirements, which consist of brushing twice a day, flossing once a day and visiting your dentist for a checkup and professional cleaning twice a year.

To find out more about the new same day permanent tooth replacement, please call Dr. Noie’s office at 281-332-4700 to schedule a complimentary consultation with him personally.