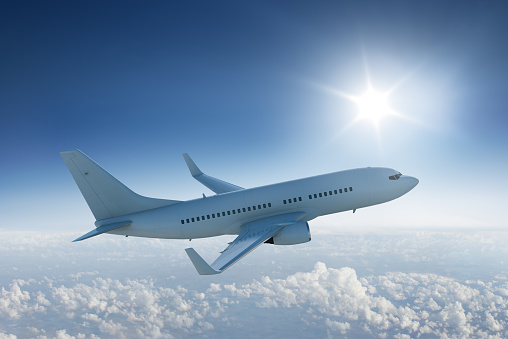 A new international concourse opened its doors Oct. 15 at William P. Hobby Airport (HOU) in Houston, Texas, ushering in the return of daily international air service for the popular airport facility and its 12 million annual passengers.

Hundreds of guests in the new concourse celebrated the operational success of the building’s first flight, when an early morning departure took off bound for Cancun, Mexico. By the end of 2015, Southwest Airlines will offer nonstop daily air service to nine different destinations throughout Latin America and the Caribbean from the new concourse.

The new facility, including a five-gate concourse, Federal Inspection Station, Southwest Airlines ticketing hall and expanded security checkpoint, is the result of a far-reaching partnership struck between the City of Houston and Southwest Airlines in 2012. The low-cost carrier agreed to cover expenses associated with the concourse while the Houston Airport System (HAS) would spearhead the drive to construct a number of enabling projects, including a new 3,000 space parking garage and roadway.

“Houston’s already strong connection to the Americas — both culturally and economically — just got even stronger,” Houston Mayor Annise Parker said.         “Houston has a well-earned reputation as a great place to do business, but it also features world-class amenities and an amazing quality of life. This partnership with Southwest will help provide limitless opportunities for businesses, residents and tourists from the Americas to experience all of that.”

The inaugural flight from the freshly minted 280,000-square-foot complex caps yet another successful partnership between Southwest Airlines — which invested $156 million in the new concourse, gate area and Federal Inspections Services (FIS) facility. The new, modern concourse boasts five gates — “swing gates” that can accommodate both international and domestic travelers — an expansive ticketing area equipped with self-tagging kiosks to speed up the check-in process, abundant seating in the gate areas that feature seats with electric outlets for charging phones and personal devices, and modern customs facilities that include 14 Automated Passport Control and six Global Entry kiosks to streamline U.S. Customs and Border Protection (CBP) screening and baggage processing for arriving international passengers.

“Our roots run deepest in Houston, one of our original Southwest cities where our friendly People offer reliable service at low fares and helped make Southwest the airline that now flies more travelers in the U.S. every day than any other carrier,” said Gary Kelly, Chairman, President and CEO.  “It’s a fitting place to firmly plant our investment to connect Houstonians and millions of Southwest Customers who will pass through this facility to what’s important in their lives across a growing list of international service options.”

Southwest Airlines will accommodate its international schedule by operating four of the gates, flying between Hobby Airport and the following destinations: Cancún, Mexico City, Puerto Vallarta and San Jose del Cabo/Los Cabos in Mexico, San Jose and Liberia in Costa Rica, Belize City, Belize and Montego Bay, Jamaica. Daily nonstops to Liberia and Montego Bay will begin operating on Nov. 1, 2015. Southwest began service from Hobby Airport’s Central Concourse, and with the new facility will be capable of serving up to 7,500 international passengers and 25 departing flights per day.

The arrival of international air service is projected to eventually increase the annual passenger total at Hobby Airport by more than one million people, prompting HAS to take several steps to ensure the increased demand is met. Approximately $100 million was invested in enabling projects to complement the new concourse and prepare for the increased passenger capacity.

“Someone coming to Hobby Airport for the first time in five years might not recognize where they are,” said Houston Aviation Director Mario C. Diaz. “This facility has been completely transformed, and is a testimony to all that can come from a successful public-private partnership. The relationship between Southwest Airlines and the City of Houston dates back to the earliest days of the company, and now it’s poised to produce a great many benefits to our mutual customers in the 21st century.”

One key component of the improvement program is a new 1 million square foot parking garage. The $55 million facility will provide 3,000 additional spaces, bringing the total at Hobby Airport to more than 7,200 by early spring 2016 and addressing the growing demand for parking for years to come. The garage will feature new signage with integrated car counts that enable drivers to know how many spaces are available in a given direction, and is directly connected to the new ticket lobby by a climate-controlled pedestrian bridge that offers safe access and shelter from the elements.

A bi-level roadway system — improvements that feature a widened upper ramp, additional space to drop off passengers, and clearly defined lanes on the lower level for picking up of arriving passengers — a newly-constructed satellite utilities plant that supports the needs of the new concourse and places Hobby Airport in an excellent position to accommodate future growth, and visual enhancements such as modern signs as well as landscaping, fencing and lighting along Airport Boulevard, provide additional finishing touches and enhanced levels of customer service.

Even prior to the arrival of international air service, Hobby Airport was experiencing unprecedented growth in recent years. Last year marked the fourth consecutive year that an all-time record was set in regards to passenger totals, with Southwest Airlines accounting for the overwhelming majority of that traffic. Over the past 10 years, Hobby Airport has seen a 44 percent increase in its total number of passengers, while the number of cities available via nonstop flights has increased by more than 50 percent,  climbing to more than 50 total destinations. The addition of international air service from Southwest Airlines will take that tally well above the 60 city mark.