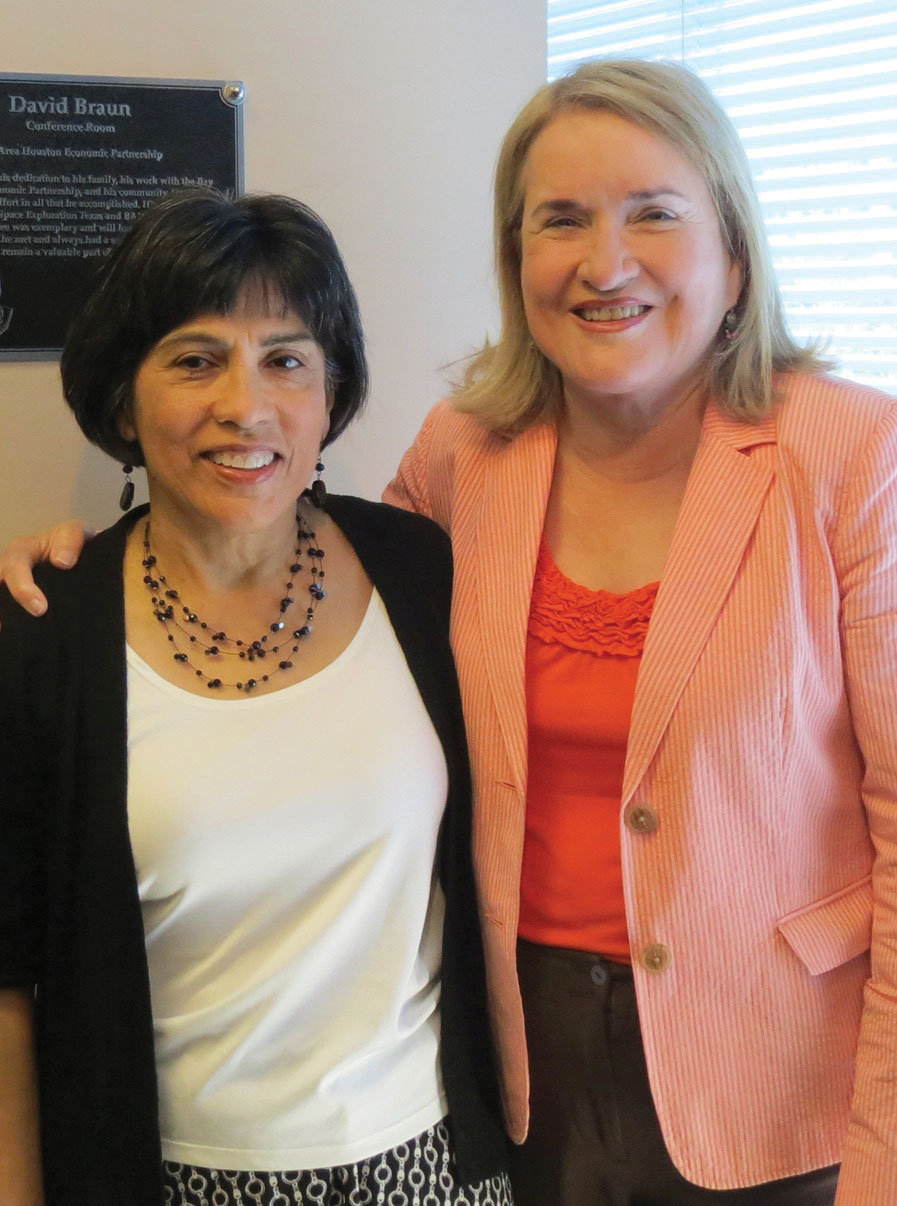 In an outpouring of love, respect and memories, the large conference room of the Bay Area Houston Economic Partnership was renamed the David Braun Conference Room in a dedication ceremony held June 9. Braun served as BAHEP’s aerospace marketing manager from 2005 until his death Feb. 21, 2015, but he was so much more to his family, his BAHEP family, and the community.

Braun was a Nassau Bay councilman for eight years and mayor pro-tem for four years. Several elected officials attended the ceremony for “one of their own” and to present resolutions to Braun’s widow, Angela, and his son, Michael. Braun’s sister, Kathy McHale, was also in attendance.

Jay Guerrero, representing U.S. Sen. John Cornyn, called Braun the “epitome of servant leadership,” and presented the Braun family with a U.S. flag which was “flown over the United States Capitol in honor of David Braun.”

Kelly Waterman, representing U.S. Rep. Brian Babin, credited Braun with giving the congressman a personal perspective on NASA and its importance to the country even before his election to Congress. Rep. Babin honored Braun by having a tribute to him entered into the Congressional Record. The entry stated in part that “David’s passion for public service and community involvement was fueled by his devotion to God and his church and to his community.”

On behalf of Rep. Randy Weber, Janet Rizzo read a Letter of Recognition from the congressman.

Houston Councilman Dave Martin, on behalf of Mayor Annise Parker, proclaimed June 9 as In Memoriam David Braun Day in the City of Houston.

Followed by warm applause and many smiles, BAHEP President Bob Mitchell also announced that NASA’s Johnson Space Center would be planting an oak tree on its campus in October in honor of Braun’s many years of service to the aerospace community.