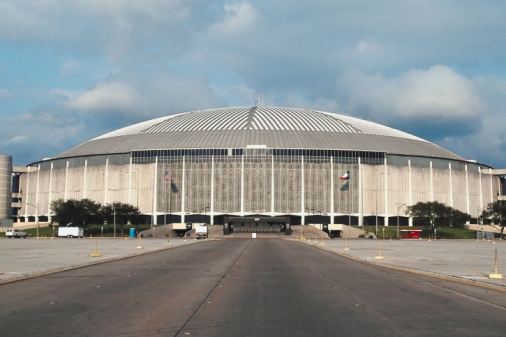 Harris County Commissioners Court voted unanimously Monday to preserve and revitalize one of the most famous buildings in the United States, agreeing on a $105 million plan to raise the Astrodome floor, provide two levels of underground parking and convert the building’s 550,000 square feet into useable public space.

Court members unanimously authorized the Office of the County Engineer to spend $10.5 million on the plan’s initial engineering and architectural phase.

The vote was a landmark step in preserving the Astrodome, the first ever indoor baseball stadium and home to some of the nation’s most memorable sports and entertainment events. The next step will be to present the plan to the Texas Historical Commission, which must approve any substantive alterations to the 51-year-old county-owned structure.

Under the plan approved, the county will spend $105 million to raise the Astrodome floor 30 feet to ground level and install 1,400 underground parking spaces. Numerous studies and recommendations have shown that elevating the floor to ground level vastly improves accessibility and the ability to redevelop and use the Dome’s interior, and the increased parking will generate more revenue for that redevelopment.

The county will spend a maximum of $35 million from the general fund on the development. The remaining $70 million will come from hotel occupancy tax and parking revenue. The taxpayers’ share may be lowered even further through tax increment reinvestment zone (TIRZ) and lease revenue, as well as historical tax credits – meaning their cost to save the Astrodome would be even less than the $35 million estimated demolition cost.

“The Astrodome’s days of sitting idle and abandoned are over,” said County Judge Ed Emmett. “Instead, Harris County’s most recognized building will again be proud and useful – as host to thousands of area residents attending a variety of business and community events. Hundreds of people worked very hard to see that happen, and I’m proud that this day has finally arrived.