A Clear and Present Danger for Coastal Fisherman and Swimmers 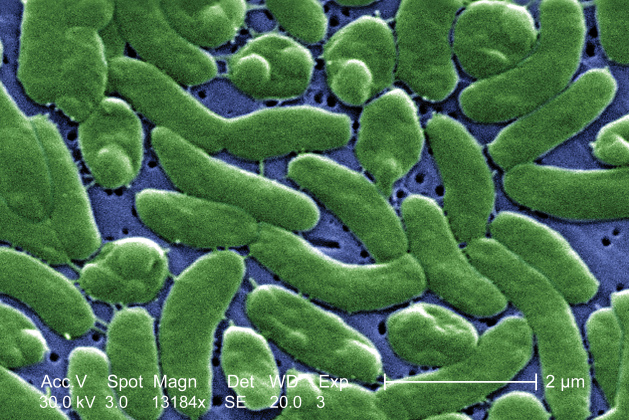 We often discuss the dangers that exist for fishermen, and while sharks tend to be the one people think of most, they are the least of the dangers.  Lightning is far ahead in the pecking order.

There is another hazard that takes more lives than sharks on the Texas Gulf Coast and that is the deadly flesh eating bacteria known as Vibro Vulnificus.  Each year there are several cases reported and a few die from the infection.  As a coastal fishing writer, I feel that I would be remiss to not address this at least once each summer.

According to Scott Packard with the Galveston County Health District, the bacteria is described as follows:

“Vibro Vulnificus is present in salt and brackish water anywhere you go. So if you have ever been to the Gulf of Mexico, you have probably been exposed to this bacteria, and you probably didn’t have a negative reaction.”

Although medical experts say that there is only a slim chance of contracting this deadly bacteria, I have known two victims.  One was a Houston dentist who died from the infection and the other, the cousin of a friend who resides in Victoria, who survived a living hell during his recovery.
Closer to home, a resident of the Bayou Vista Subdivision near Galveston contracted the bacteria last year while cleaning crabs.  While a survivor of the infection, he sacrificed a leg to the disease along with a painful recovery.

Experts say that the only people who are at risk are those with immune system disorders or diabetics, the individuals with whom I was personally familiar did not fit into either category.

Before getting alarmed about all of this, let’s take a look at how the infection occurs and the places offering the highest odds of exposure.
According to the Galveston County Health District, there were 26 reported cases between 2013 and 2015.

The infections almost always occur during the warm summer months and the most likely spots are areas where the water does not change often with tidal movements.  Marshes and shallow areas along the bay shorelines are good candidates for breeding the bacteria. The presence of the bacteria increases following heavy rains that reduce salinity in the bays and surf.

A scrape or open sore or wound is where the bacteria enter and a preventative is to wash the abrasion with an antiseptic or Clorox.  If after a day on the water, you notice a darkening around a cut or sore, you should promptly get to an emergency center and tell the paramedics or doctors your suspicion.  Early treatment can spare fingers, toes, limbs and yes, your life.

Infections can and do take place in the surf.  Several years ago while fishing near the end of the North Jetty, I jammed my hand with a 7/0 hook. I was not initially concerned about an infection since I was well out from shore.

The next morning, the wound started turning dark brown and I went to my doctor who ran some tests to determine that it was not anything serious.  Money well spent to tell me every thing was OK.  If it had been the Vibro Vulnificus infection, it likely would have been a life-saving visit.
While Vibro Vulnificus is the most commonly discussed flesh eating bacteria around the Texas Gulf Coast, it is just one of several flesh eating organisms.  Another that is mentioned on occasion is Necrotizing Fasciitis.

The good news is that all of these infections can be prevented by quick response with an antiseptic.  If alcohol or hydrogen peroxide is not available, soap and clean water will work and in an emergency gasoline (though not recommended) can be used on the wound or abrasion.

As you prepare for the summer fishing season, be alert and be prepared to protect yourself from this clear and present danger.