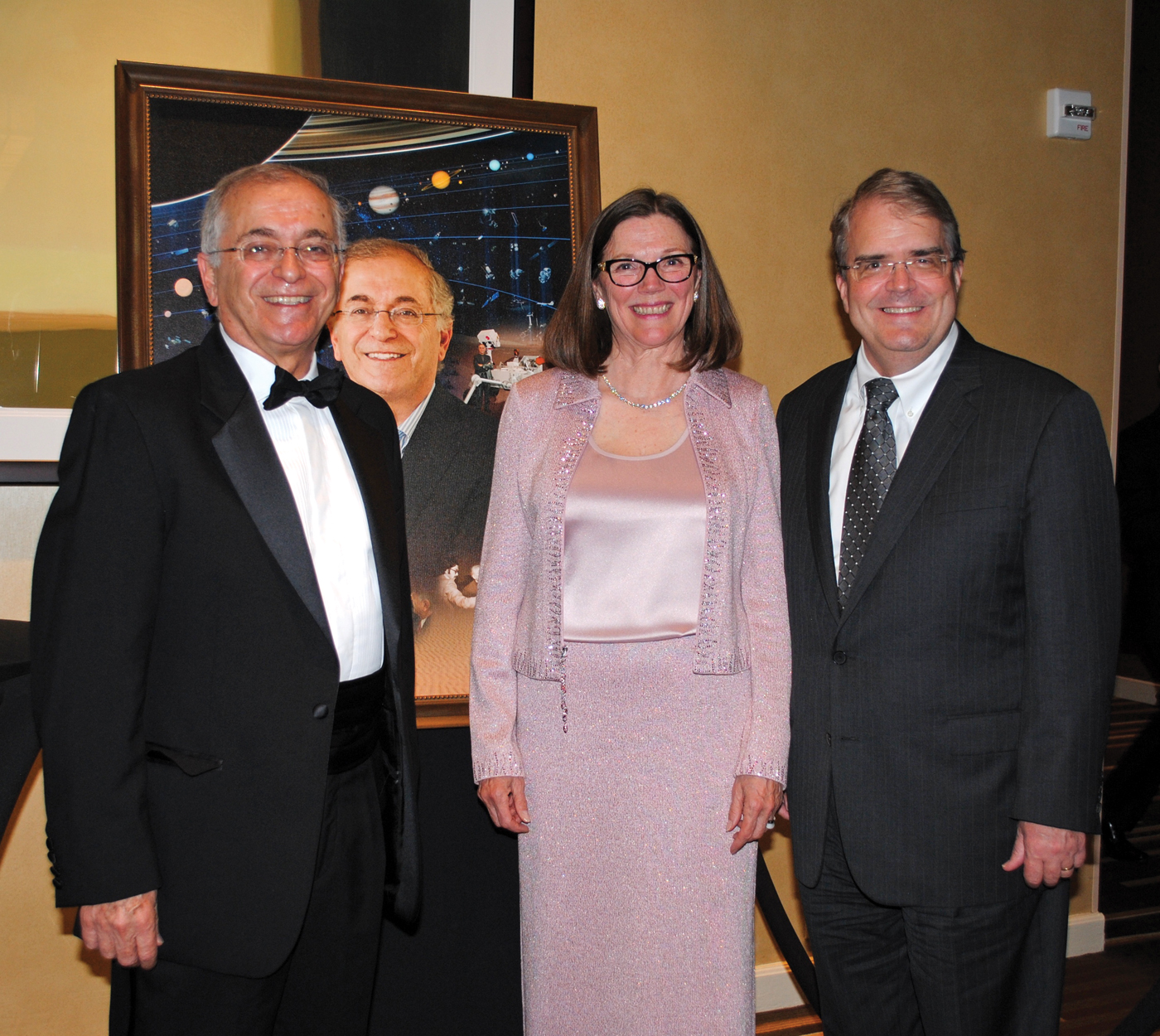 Space Trophy winner Dr. Charles Elachi and his wife, Valerie, left, receive congratulations from Texas Congressman John Culberson as they arrive at the Hyatt Regency for the Rotary Space Gala.

THE CRÈME de la crème of the space and business community was out in force as the Rotary National Space Award Foundation honored Dr. Charles Elachi, the long-time director of the Jet Propulsion Laboratory, which has given America so many thrills with its work on Mars and the robotic exploration of space.

Most considered it quite an honor themselves to be on hand when he was presented the 2016 National Space Trophy at the 30th annual RNASA Space Awards Gala in the Downtown Hyatt Regency Hotel Ballroom for his 15 years as head of the NASA center on the west coast, overseeing the journeys of Mars Spirit, Phoenix, Opportunity and, of course, Rover. 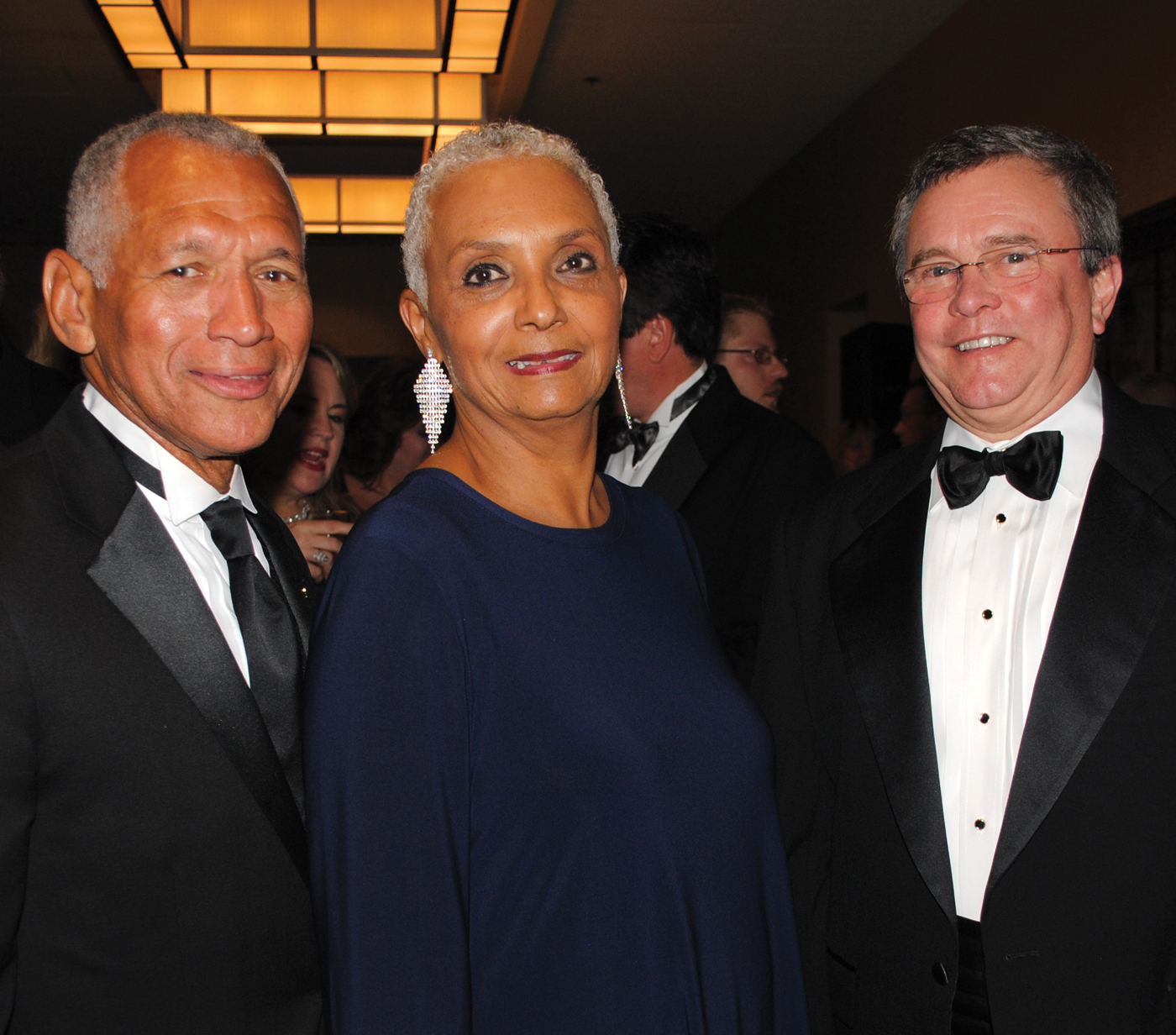 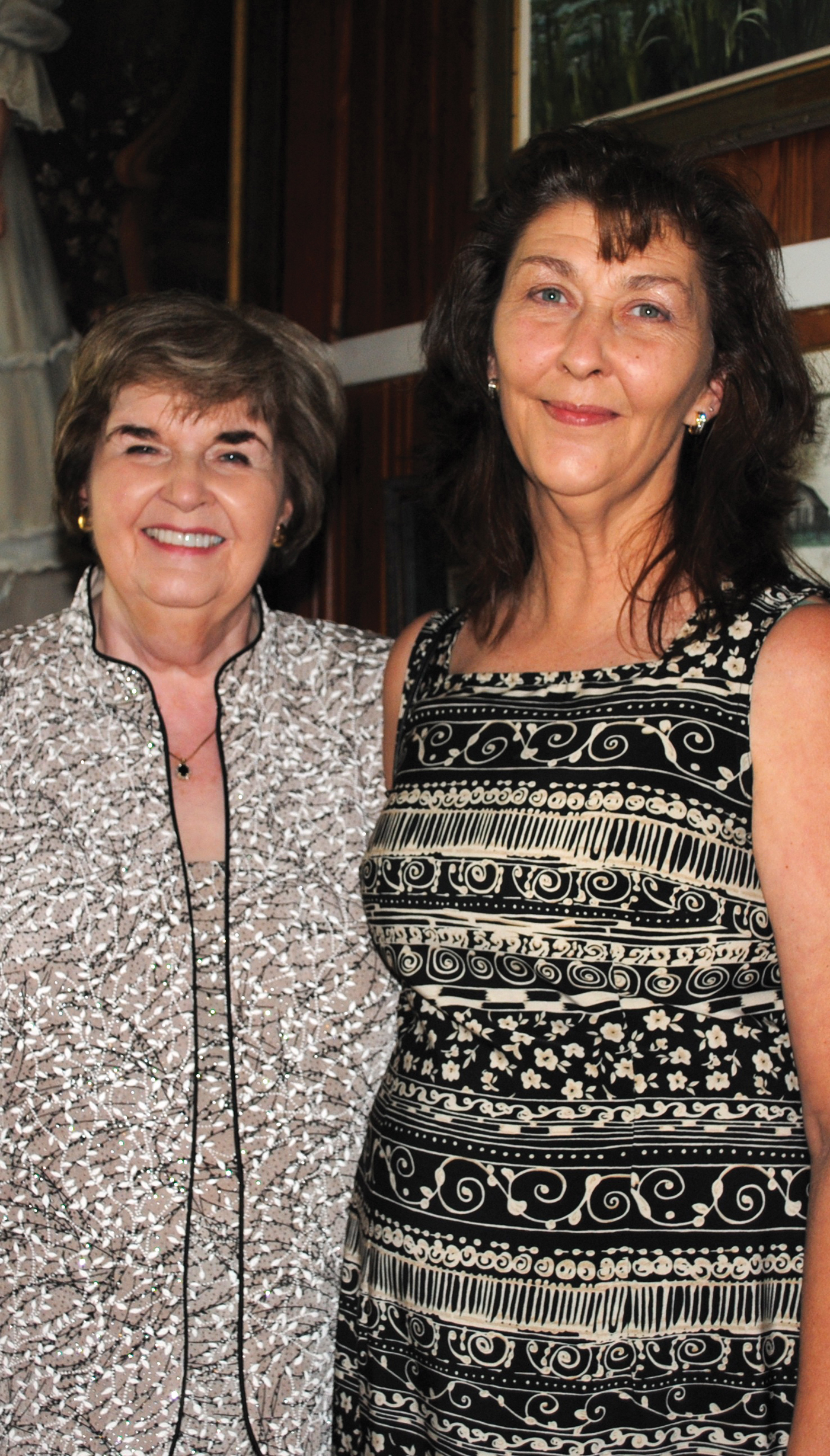 Silver Tea Chairmen Missy Rorrer, Susan Barton and Jana Miller were on hand to welcome the arriving crowd, which included the Lunar Rendezvous princesses and lieutenants and their parents, plus dozens of Museum Guild members and their spouses – all eager to sample the array of hors d’oeuvres and sweets stretched out before them.

BOWA officers keeping busy
IT MAY BE Summer, but Bay Oaks Women’s Association officers are busy these days assisting President Jodi Schnabel in planning their fall schedule, which includes the annual gala, the holiday market, and fall fashion show.

Among those lending a hand are Vice Presidents Karen Reed and Cindy Villareal, Secretary Chris Howland and Treasurer Allyson Jackson.