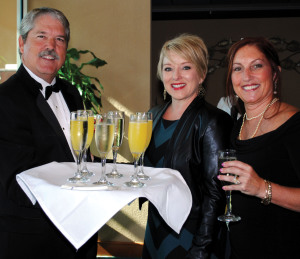 ONE OF THE highlights of every fall in the Bay Area is the Clear Lake Area Panhellenic Fall Fashion Show, which not only spotlights what’s new in fashion but also raises funds for the Crawford-Zbanek Foundation that helps send local women to college.

And, this year was no exception, with excitement from start to finish.

Such as State Sen. Larry Taylor serving as one of the Panhellenic stewards, offering champagne to the arriving crowd before jetting off to Nashville to see for the first time his first granddaughter, Lila Rose Abel, daughter of the Taylors’ daughter, Carly, and her husband, Carter Abel. 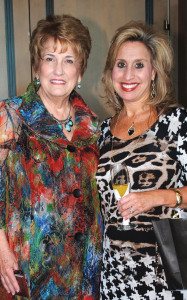 Judy Raiford, left, and Lisa O’Brien were among the many attending the Panhellenic Style Show Luncheon at South Shore Harbour Resort.

Much to the delight of Belva Dewey, who came from Baton Rouge for the event; Panhellenic President Kim Barker, Linda Landreth,  D’Lisa Johnston, Ann Gay, Suzie Rogers, Joan Burt, Ann Brady, Carolyn Dunshie, Ruth Beecher, Virginia Balano, and a host of others, including Judge Louie Ditta, who conducted the live auction for the sorority alumnae organization.

The crowd cheers as Murry and Sandy Lantz are voted Prom King and Queen at the annual Bay Oaks Women’s Association Gala which featured a Prom Night theme.

Of course, she told her husband, Jason, last year’s Dinner on the Titanic would be hard to top. But from a fun standpoint, Prom Night is hard to beat.

Some borrowed prom dresses, others worked to get the right look. A few even arrived looking like they were at their high school prom with guys in white evening jackets and some in gowns such as that worn by Judge Holly Williamson, who arrived in a billowing gown similar to those worn years ago with her husband, Dr. Danny Williamson, only to find it difficult to sit down. Finally she mastered it. Leaving some of us to chuckle at what we went through years ago.

Stacy Bush Davis and her fiancé, Scott Lyon, Peter and Pam Culpepper Cronk, John Gay and his wife, Becky Reitz, and BOWA President Annette Dwyer and her husband, Pat Monks, were among the early arrivals, and quickly began admiring each other’s outfits and enjoying champagne cocktails before sitting down to a tenderloin dinner.

Before long, Andy and the Dreamsicles were filling the country club with music from the 50s, bringing many in the crowd to the dance floor, including Becky and Phillip Hensley,  Jenny and Mark Frantz, Jim and Janet Greenwood, and John and Melissa McKinnie, where they did The Twist and jived to the music made famous by Elvis Presley, the Everly Brothers and Chubby Checker, such as Johnny Be Good, La Bamba, even some more  modern tunes. 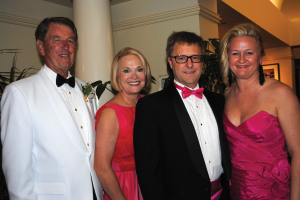 Stacy Bush Davis and her fiancé, Scott Lyon, right, stop for a photo with John Gay and his wife, Becky Reitz as they arrive at Bay Oaks Country Club for the annual Bay Oaks Women’s Association Gala.

Toward the end of the evening, Murry and Sandy Lantz were elected  Prom King and Queen with the crowd voting them the honor – much to the delight of Sharon and Dr. Howard Dillard, Kathryn Manning, Ann and George Lyon, Ondi and Eric Lyon, Curt Taylor and Kristy Kirk, Sue Broughton and Jon Ebberle and Bill and Carol Bobo.

Five members – Kim Barker, Lisa Holbrook, Carol Latimer, Jill Smitherman and Vicki Tallman — have been honored with the Lifetime Award for accruing 4,000+ hours of service to the community since 2010. 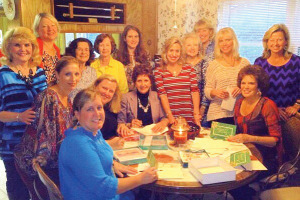 “The President’s Council on Service and Civic Participation was established in 2003 to recognize the valuable contributions volunteers are making in our communities and encourage more people to serve. The Council created the President’s Volunteer Service Award program as a way to thank and honor Americans who, by their demonstrated commitment and example, inspire others to engage in volunteer service,” Brunella explained.