Clear Lake Chatter: Many events keep us on the go

CITY OFFICIALS turned out in force when the Bay Area Houston Economic Partnership hosted its annual State of the Counties Address by the Galveston and Harris county judges at Lakewood Yacht Club. 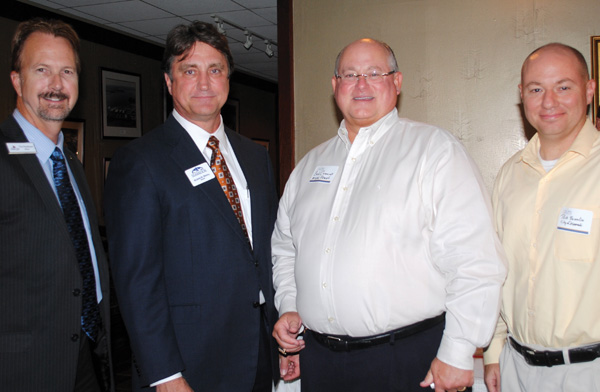 Several city officials were in the crowd as BAHEP hosted its annual State of the Counties Address, including, from left, Mayors Tim Paulissen of League City, Glenn Royal of Seabrook and Bob Cummings of Kemah with Kemah City Administrator Rick Beverlin.

Both judges talked about big road projects in their counties – Judge Henry about work almost done on FM 646 and Judge Emmett about Highway 146, which he called the most important corridor in the area. “We’ve got to be sure we have the infrastructure,” he said, urging all to stay focused on 146, while Judge Henry updated the crowd on the proposed Ike Dike and how his county had lowered the tax rate for the past three years.

SPACE AND AVIATION pioneers were in the spotlight when the Frontiers of Flight Museum honored them at a black-tie gala at the museum at Love Field in Dallas.

And what a star-studded evening it turned out to be. 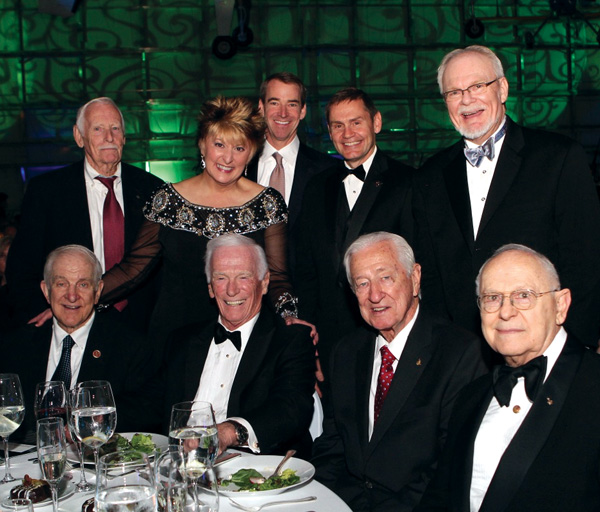 Frontiers of Flight Museum Director Cheryl Sutterfield Jones and her husband, Museum Curator Ron Jones, standing at far right, visit with some of the dignitaries at the 2013 Space Gala in Dallas, including, from left, seated, Congressman Sam Johnson, former astronaut Eugene Cernan, Congressman Ralph Hall and former astronaut Alan Bean; back row, Gene Horton, one of the first members of the Space Task Group, and his son, Board Chairman and American Airlines President Tom Horton; and Boeing Aerospace Vice President John Elbon.

Congressman Hall, who represents the 4th District of Texas and has long been a friend of NASA, was presented the George E. Haddaway Award for Achievement in Aviation in recognition of his dedicated advocacy of science, space and aviation as a member and chairman of the House Committee on Science, Space, and Technology.

Col. Walter Cunningham, pilot on the Apollo 7 Mission and author of The All-American Boys, and his wife, Dot, served as the honorary chairmen of the gala. Dot played a critical role over four years in obtaining the loan of the Apollo 7 to The Frontiers of Flight Museum from the National Air and Space Museum.

“It was quite an evening, bringing back a flood of memories of early NASA missions conducted at Wallops Island, Virginia and later Cape Canaveral,” Taylor Lake Village resident Gene Horton said afterwards. He was there with his son, American Airlines President Tom Horton.

CLEAR LAKE Area Chamber members lit up the red carpet as they arrived at Space Center Houston for their 51st annual Chairman’s Ball honoring Chairman Mike Furin and a night of fun and frivolity.

While the night belonged to Mike and his wife, Tracie, chamber members also were introduced to their new chairman, Gulf Coast Federal Credit Union Vice President Jamieson Mackay, who came with his wife, Laura, and their new directors.