PICTURE THIS: A roomful of ladies all dressed up and in beautiful hats – Kentucky Derby style.

That’s the view you would have seen if you had walked into the South Shore Harbour Resort’s Crystal Ballroom during the Clear Lake Area Panhellenic’s annual Fall Fashion Show Luncheon, which this year had a “Run for Scholarships – Derby Style” theme, borrowed from the Run for the Roses by Chairman D’Lisa Johnston and her talented committee. 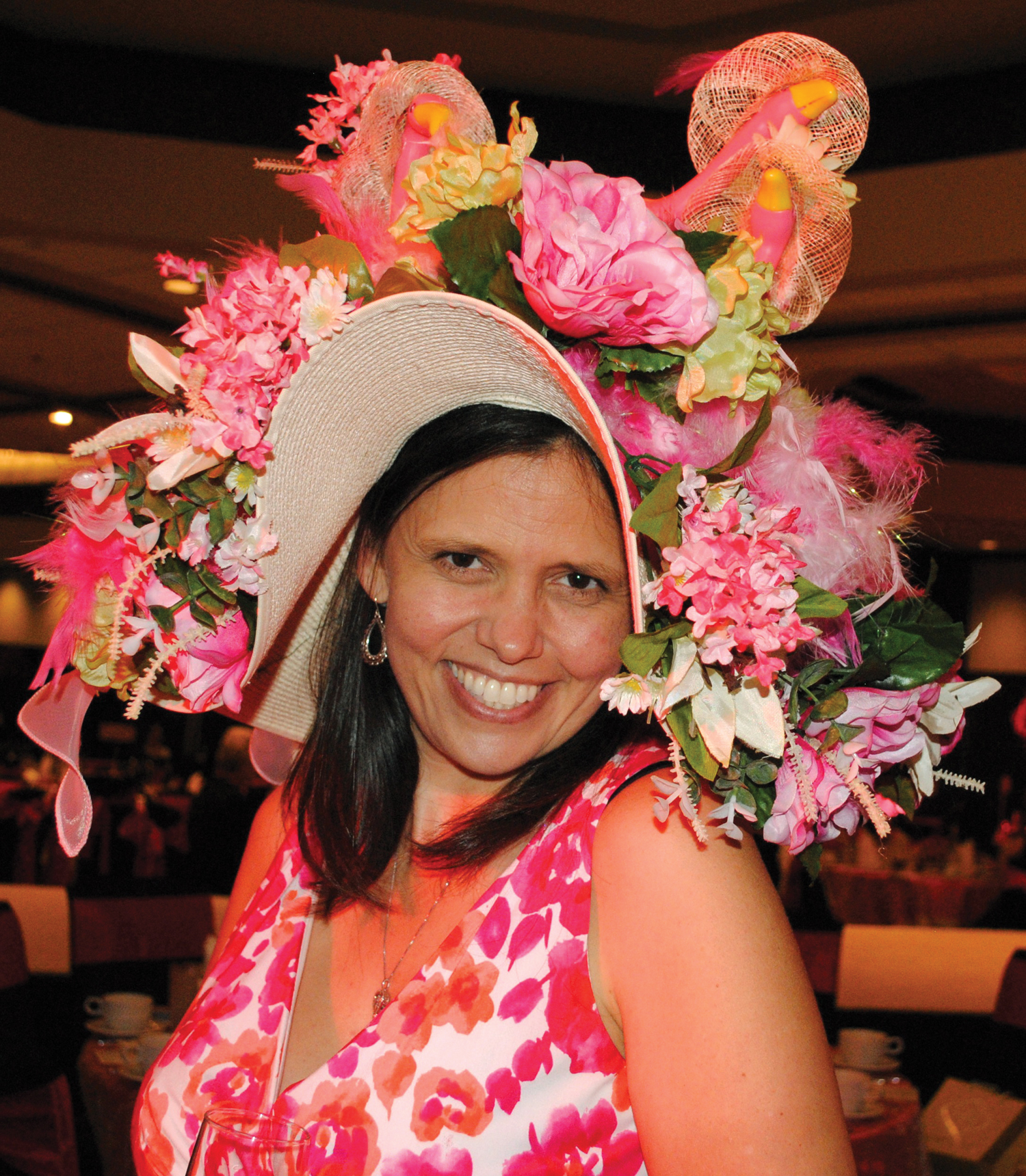 Kristin Leary shows off the beautiful hat she made especially for the Clear Lake Panhellenic Fall Fashion Show Luncheon. 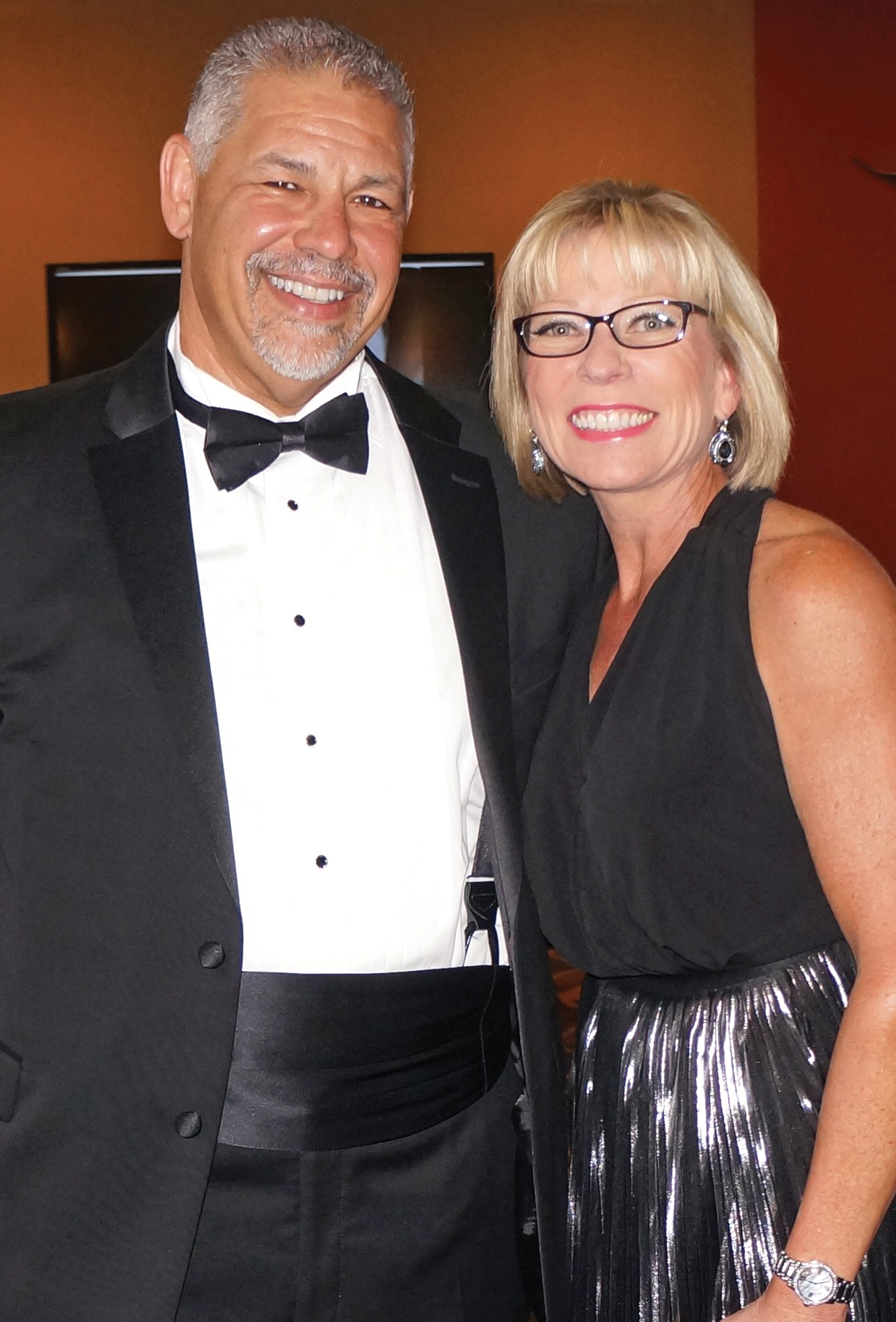 Bay Oaks Women’s Association President Jodi Schnabel and her husband, Kirby, are ready to welcome the arriving crowd as the annual BOWA gala gets underway.

BOWA Gala sends crowd home happy
CASABLANCA is one of the most famous movies of all time, and Bay Oaks Country Club members got a look back at that era while spending “An Evening at Rick’s” – as they remembered actor Humphrey Bogart and Rick’s Americana Café in Morocco’s largest city.

Hosted by the Bay Oaks Women’s Association, the 2016 gala drew quite a crowd, including members of the Bay Oaks Wine Committee, many of whom were delighted with the story the evening told and the elegant table decorations.

As they were mingling with the crowd, in walked Dr. Danny Williamson and his wife, Judge Holly Williamson, passing the strolling musician as they admired their cool seating cards, which looked like antique airline tickets.

Wasn’t long before they were joined by Tom and Jennifer Verghese, Adam and Trish Taylor, Bob and Linda Herzfeld, Dave and Helen Seitz, Molly and Troy Gorrell, Mark and Cindy Wheeler, Rita and Jim Armstrong, Edward Smith and Beverly Braden, and Patrick and Cheri Burke, who headed over to the casino tables, where “Rick” gave everyone a $2,000 casino voucher.

Looking around, you might also have spotted Richard and Jennifer Simmons, Sue Broughton and Randy Allen, John and Danele Buehler, Kathleen and Harold Parrish, Walter Bell and Elisabeth Wilson, Jason and Lea Bodie, Marty and Amy Schweers, Greg McKnight and Adrienne Johnson, Craig and Tonya Moody, Murry and Sandy Lantz and Alex and Megan Prejean wearing big smiles as the Royal Dukes filled the club with music for both enjoying and dancing.

Some of the others enjoying the evening in Casablanca were Jim and Janet Greenwood, Will and Karen Reed, Elaine and Randy Rister, Yvonne and Shep Perrin, Terri and Jim Steinkamp, Bill and Tencha Heimlich, Malcolm and Susan Franklin, Lila and Mark Sprague, Tara and Rusty Morrison, Darcy and Sam Santala, Michelle and Derek Hall, David and Megan Griffith, WG and Linda Fincher and Smith and Chris Howland.