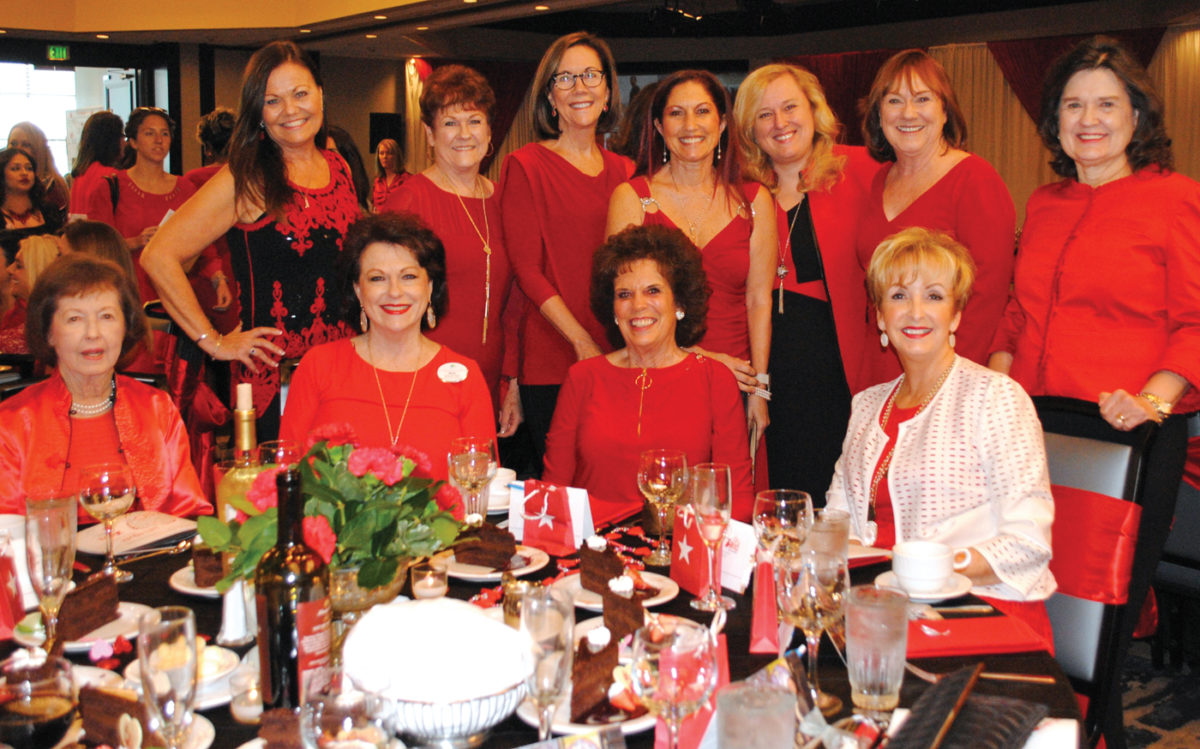 THERE’S NOTHING quite like it, our Go Red for Women Luncheon. You walk in, and there before your wondering eyes is a sea of red – lovely ladies in fashionable red outfits, mingling with handsome men in black suits and red ties. All for a wonderful cause: to raise money to help the American Heart Association.

And, best of all, the 2017 Go Red for Women Luncheon raised more than $200,000 for the fight against heart disease and stroke, AHA Gulf Coast Division Communications Director Michelle Mason told us later — $40,000 more than last year. 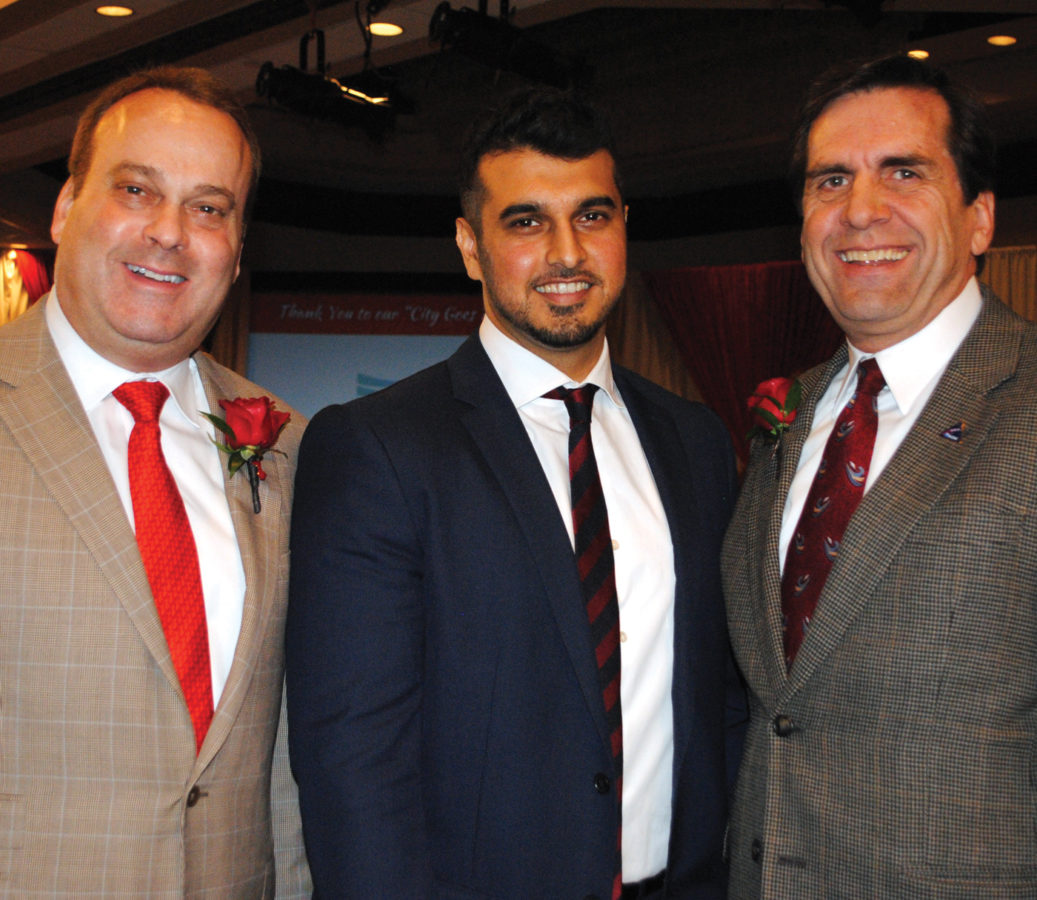 This year’s luncheon, chaired by Senior Vice President of Business Development and Marketing at Bay Area Regional Medical Center Santiago Mendoza Jr., had its biggest crowd yet with nearly 500 guests filling the South Shore Harbour Resort Crystal Ballroom to nearly overflowing.
Walking into the foyer, you might have bumped into Co-Chairmen Darcy Whatley, Theressa Riggs, Tama Brantley and Goinar Doroudian, who were busy checking with Heart Throb Chairman Sandy Adams, Open Your Heart Chairman Fay Picard, Auction Chairman Laurie Dahse and Fashion Show Chairman Stephanie Rice to make sure all was ready for the arriving crowd. 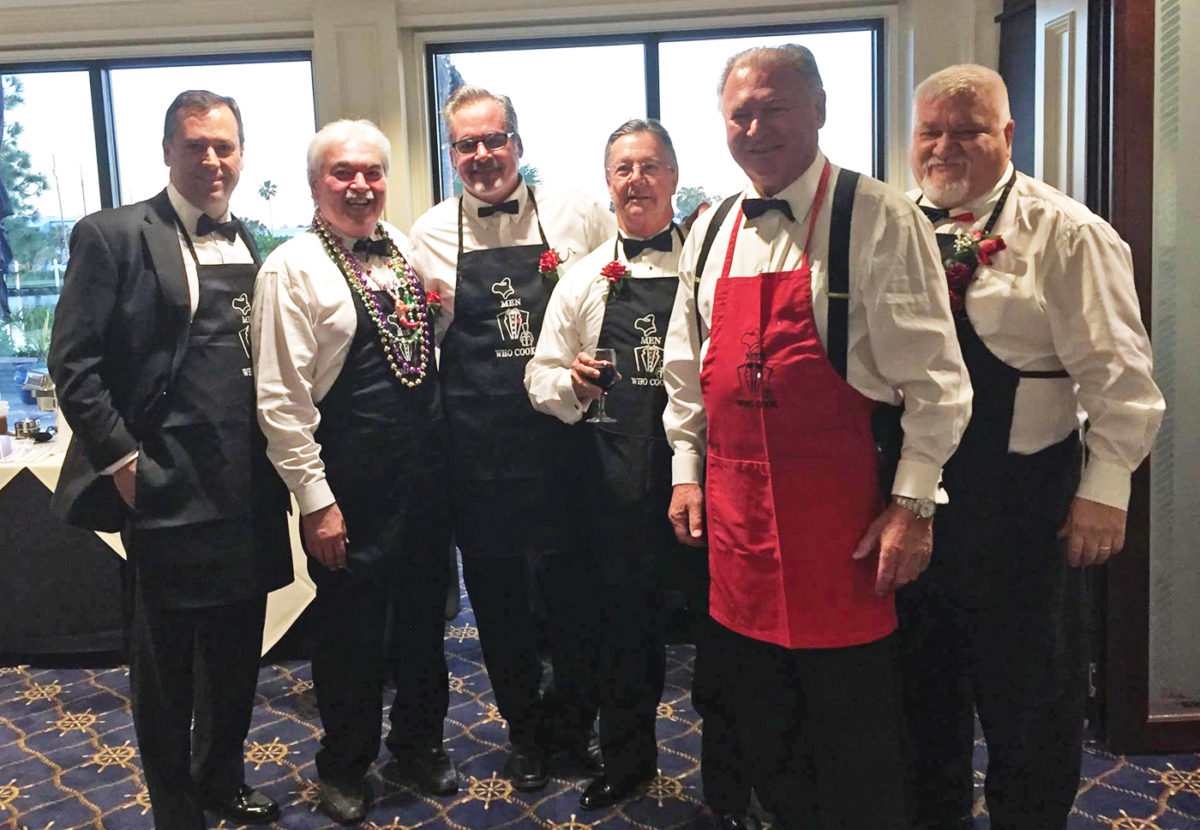 Meanwhile, Seabrook men were busy cooking . . .
WHILE THE WOMEN were all in red, the Seabrook Men Who Cook were busy getting into their black and white chef outfits and serving a delighted overflow crowd at Lakewood Yacht Club.

Mostly, they work like old pros, and truthfully, they are. Many have been serving up delightful dishes for years. Longest serving are Hans Mair, owner of the Sundance Grill II, and Rick Clapp, Bay Area Houston Magazine CEO, who have been celebrity chefs for 21 years.

Some of the other long-time chefs include Tom Davis and Charles Clemmons, 19 years; Mike DeHart, 18 years; and David Imbrie, 16 years. 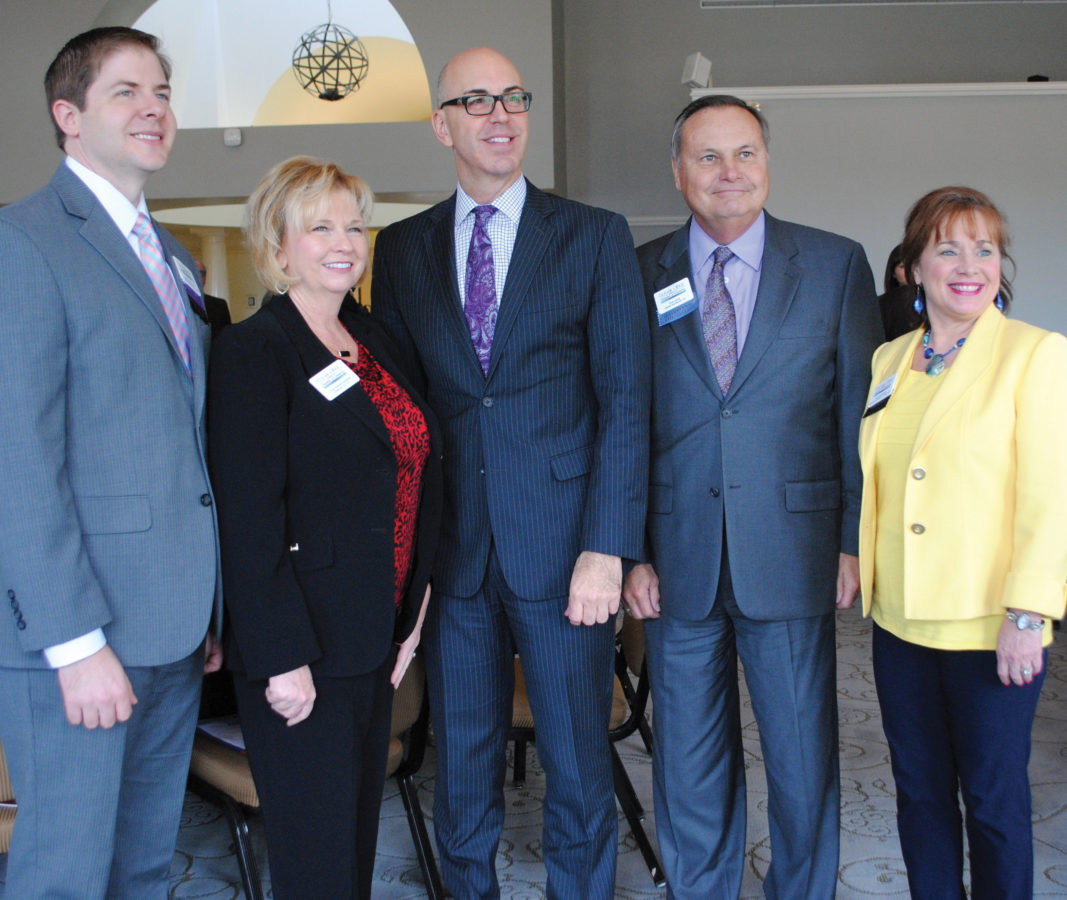 Clear Lake Area Chamber President Cindy Harreld DeWease, second from left, asks Chris Wallace, center, president of the Texas Association of Business and speaker for the chamber’s Government Affairs Committee Luncheon, to pose for a photo with, from left, Brian Freedman, Chamber Chairman Carl Joiner, and emcee Lisa Holbrook, who is chairman of the committee.

Lisa Holbrook, who has been active in several legislative sessions as a key aide to former State Rep. John Davis and now serves as president of the Texas PTA, emceed the event and introduced the speaker.

Covering an amazing amount of ground, he quickly stressed how important education is, promising to work to raise education standards across Texas, support both full day Pre-K and the training of community college students for jobs in the workforce and higher education.

He supports the proposed Coastal Barrier to protect the Gulf Coast from storm damage, he said, opposes the bathroom bill and advocates for quality health care and access to choices of care. And, that was just some of his many priorities.

All in all, an interesting event.