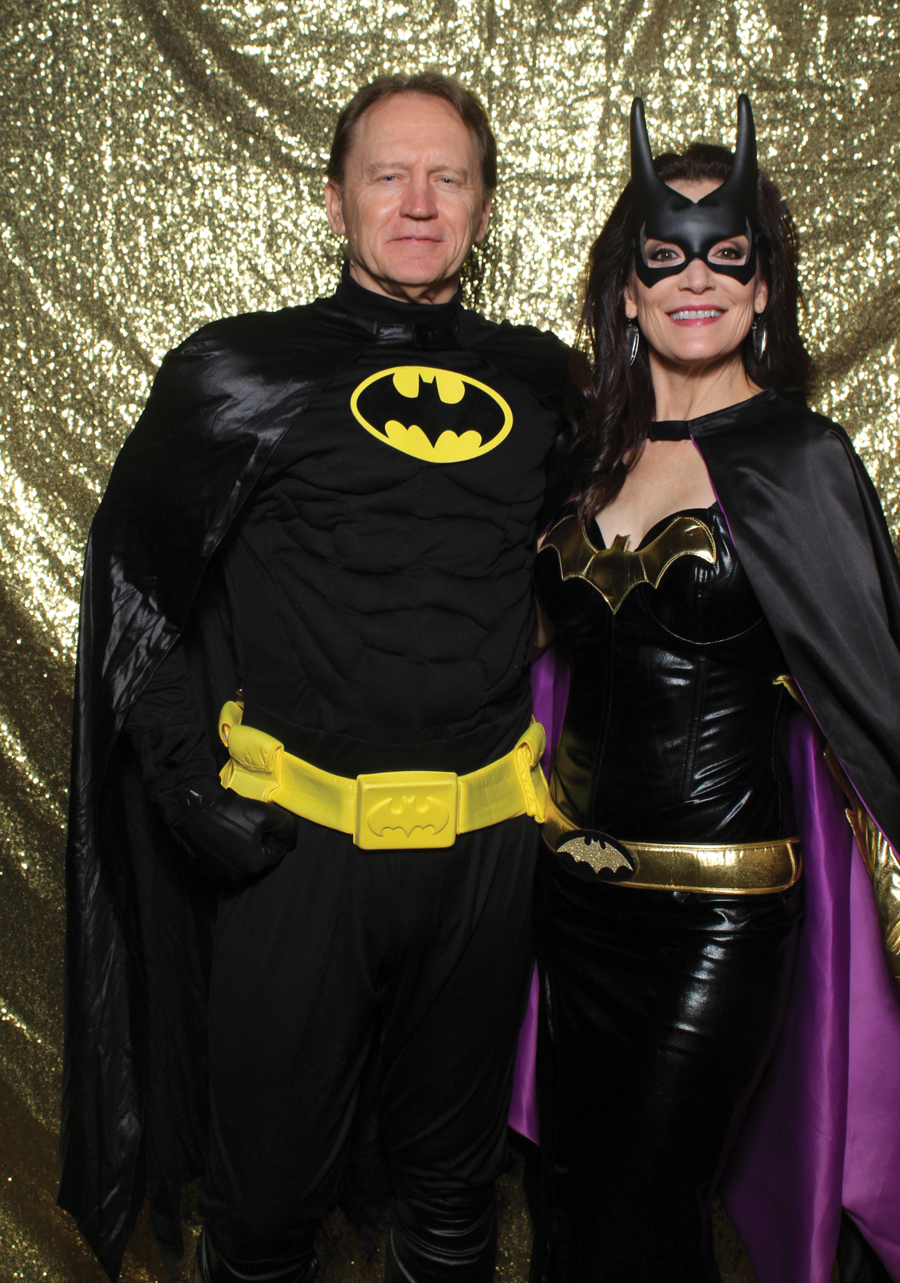 Dr. Wynn McMullen and his wife, Mary, had a great time playing Batman and Cat Woman at the Assistance League Gala at Lakewood Yacht Club.

ASSISTANCE LEAGUE members never fail to bring smiles to our faces with their annual gala, and, this year was no exception with their salute to the Super Heroes, while raising a cool $93,000 to help those in need in our community.

Some of the costumes got more than a smile.

Clear Creek ISD Superintendent Dr. Greg Smith, who is always grateful to the League for all the needy area students League members help each year, got lots of smiles as he arrived all dressed up as Superman. Not wanting to miss a great picture, CCISD Trustee Ann Hammond talked him into posing for a photo. Incidentally, Ann, came dressed as REG (Ruth Bader Ginsburg).

Badiha and Dr. John Nassar and Mary and Dr. Wynn McMullan followed close behind, both couples dressed as Batman and Cat Woman. No, Robin didn’t come. Remember when we used to play the role of Super Heroes? Fun!

Mary Pergande was the lucky winner of the Superman Golf Cart in the reverse draw, after which many headed to the dance floor, where they enjoyed the music of Password.

Four inducted into Hall of Fame
FOUR FAMOUS Americans were inducted into the 2019 Texas Aviation Hall of Fame during an Induction Luncheon on Friday, April 12 at the Lone Star Flight Museum at Ellington Field.

Gene Kranz, who served as a NASA flight director at the Johnson Space Center in Houston, was the guest speaker. Chris Kraft, Gene Kranz and Dr. Whitson are all residents of the Bay Area Houston. 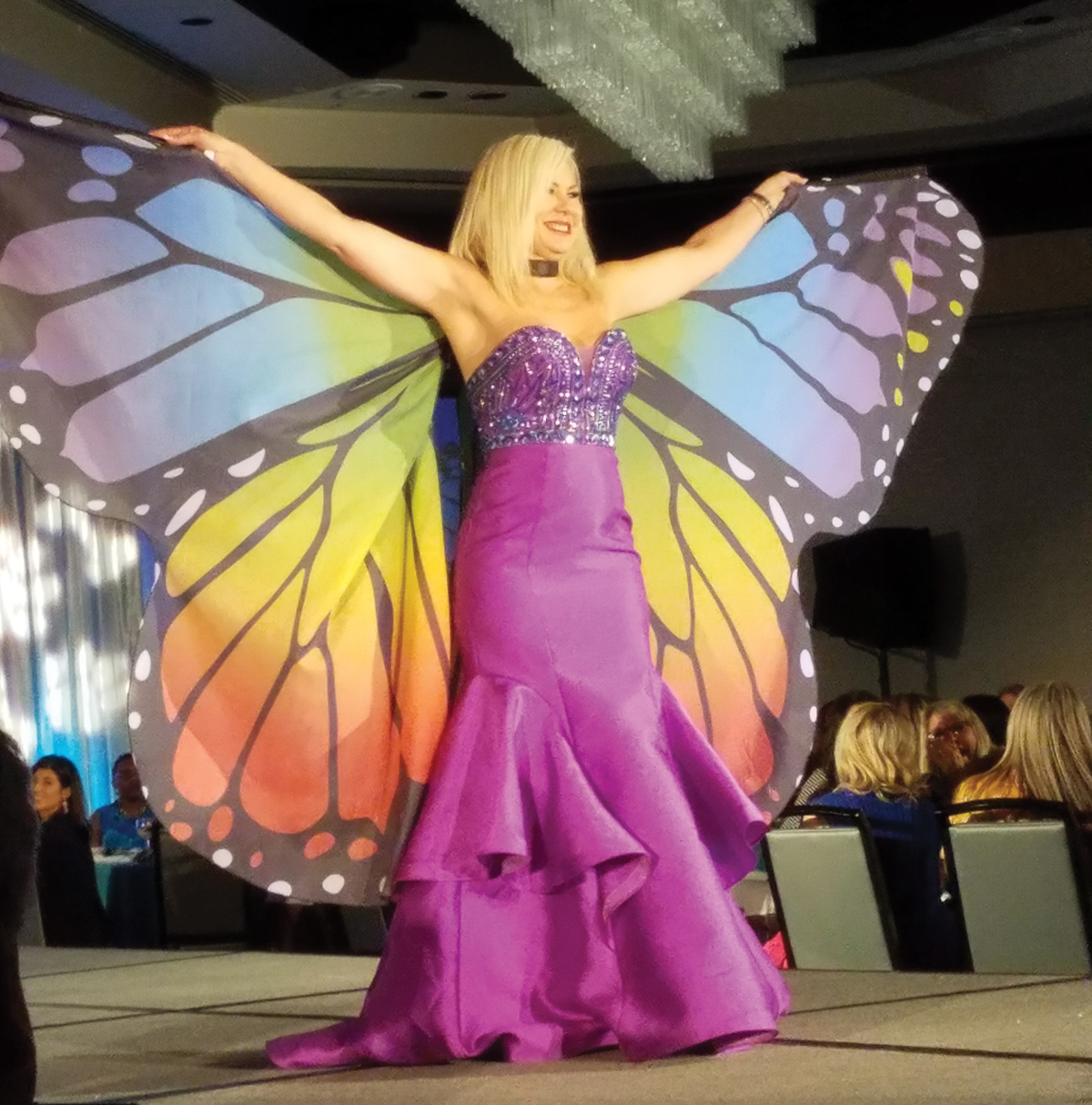 Ange Mertens spreads her wings on the runway at the end of the Dogs & Divas Fashion Show at South Shore Harbour Resort.

The Texas Aviation Hall of Fame was established in 1995 through a resolution by the 74th Texas Legislature and signed by then Gov. George W. Bush, to honor Texans and Texas organizations that have made significant and lasting contributions to the advancement of aviation.

There are currently 76 individuals and groups in the Texas Aviation Hall of Fame, in four categories which include: trailblazers and explorers, wartime aviators, leaders, entrepreneurs, and innovators.

Dogs & Divas make for fun times
NOTHING QUITE like turning puppy dogs into fashion models. Yep, you guessed it – they’re cute as can be but mostly scared to death.

Most of the models for the Bay Area Turning Point Dogs & Divas Fashion Show April 4 at South Shore Harbour Resort solved the problem by carrying the pooches down the runway. A few of the canines got brave enough to walk along with their model as the event raised $55,600. 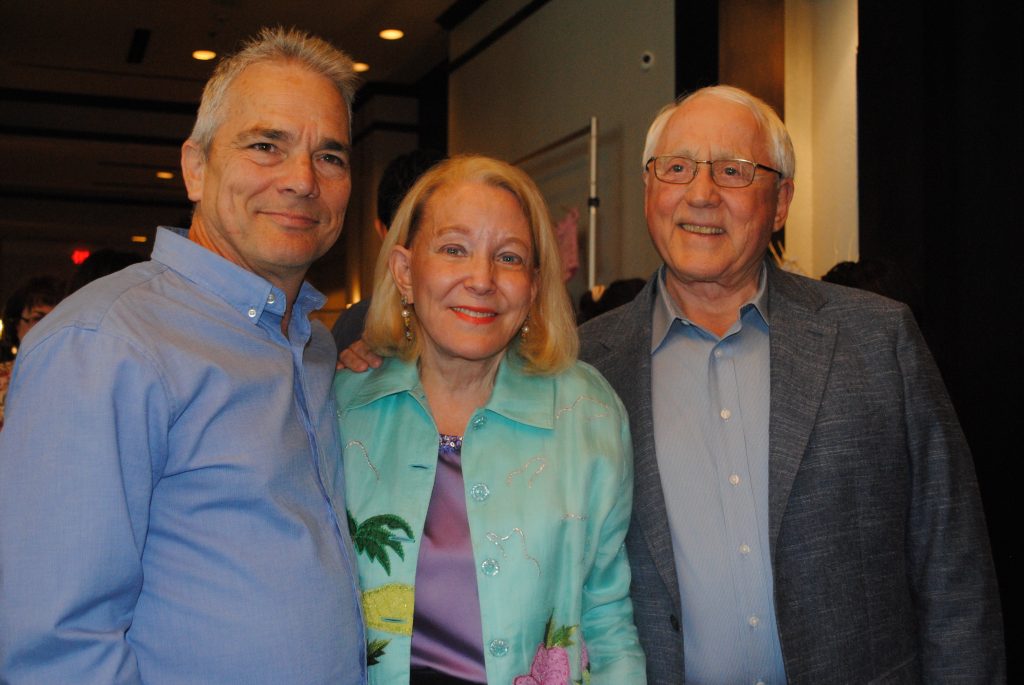