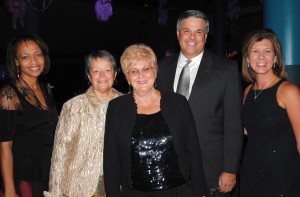 Surprises that added up to a delightful evening for the 170 who cheered and cheered as the BAHBT dancers presented vignettes from the four productions scheduled this season.

And also enjoyed a dinner featuring Stuffed Quail and a Rabbit Cassoulet, plus Fried Oyster PoBoys, Salmon Lollipops and a Chocolate Mushroom dessert. 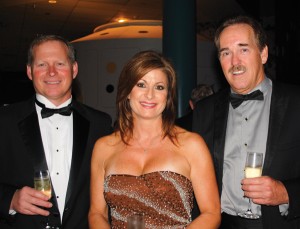 Emcee Pam Culpepper, who came with her husband, Peter Cronk, delighted the crowd as she conducted the live auction, bringing many chuckles from the crowd. 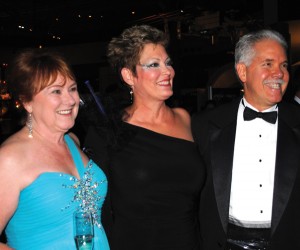 They hardly had time to say hello when in walked the Texas Superintendent of the Year, Dr. Greg Smith, with his wife, Kathy, and several Clear Creek ISD trustees – Dee Scott, Paige Rander and  Ann Hammond – plus CCISD Communications Director Elaina Polsen, and soon found himself surrounded by many who wanted to congratulate him. Later in the evening, he received a standing ovation from the crowd. 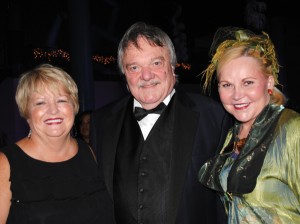 Some you might have bumped into in the black-tie crowd along with Ballet Mistress Natalie Zundel were Jim and Jane Sweeney, Holly and Stephen Takach, Nancy and Jerry Smith, Bob and Judy West, Suzanne Streetman, Keith and Sally Jordan, Linda and Mike Olson, Wendy Shaw and Mark Lovfald, Lori St. George, Heather Steele, Eric and Domineque Westall and Allen and Myrna Baker.

Afterwards there was dancing to the music of Radio London. 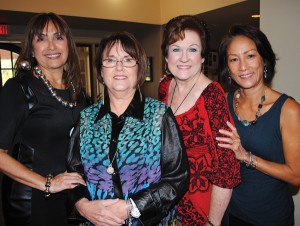 The BRAVO! Award, Lynette said, was created to honor the invaluable contributions made by community leaders to BAHBT and honors those individuals who have greatly furthered BAHBT’s efforts to bring cultural enrichment to our community. 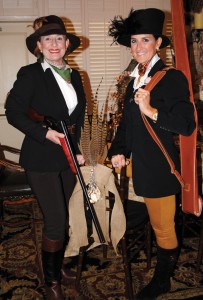 Sara Little, right, and her sister, Missy Rorrer dress for their roles as hostesses for the “Field and Stream” table at the Bay Area Museum Guild’s Just A Pretty Table Luncheon.

“BAHBT is celebrating Ms. Reason’s years of dedication, not only to BAHBT, but to the entire Bay Area Houston community,” Lynette said.

“Ms. Reason has been involved with BAHBT for the past 13 years and served as the volunteer executive director for the last five, and as chairman of the Scholarship/ Endowment Council for seven years, and also performed in many of our ballets and musicals.

EACH FALL the Bay Area Museum Guild members light up Bay Oaks Country Club with their dazzling table designs for their Just A Pretty Table Luncheon, and this year was no exception. Many were simply awesome.

Chairman Angie Weinman and Vice Chairmen Anita Fogtman, Sandy Allbritton and Ava Galt were at the door to greet the arriving crowd of around 200 – many dressed in costumes carrying out their table’s theme such as Sheree Frede and Webster City Councilwoman Natalie Dolan, who were among several wearing red wigs and dressed as Lucille Ball. 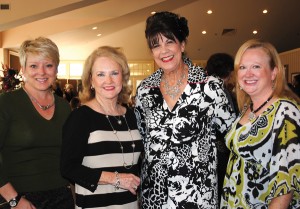 Getting ready for the holidays 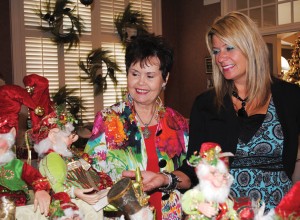 And, that came after going through the breakfast buffet, where they had the choice of pastries, muffins, jams and preserves, scrambled eggs and bacon, cheese grits, seasonal fruits, juice and coffee.

Top topic of conversation was the upcoming Nov. 10 BOWA Gala, which is about sold out.

OCT. 5 WAS the 130th birthday of Dr. Robert H. Goodard, for whom NASA’s Goddard Center is named, and who was the father of modern rocket propulsion. He is credited with creating and building the world’s first liquid-fueled rocket . . . . Rodeo dates to put on the calendar: Rodeo Style Show Jan. 25 and Trailride Dance Feb. 19. The date for the Bus Trip has not been set.