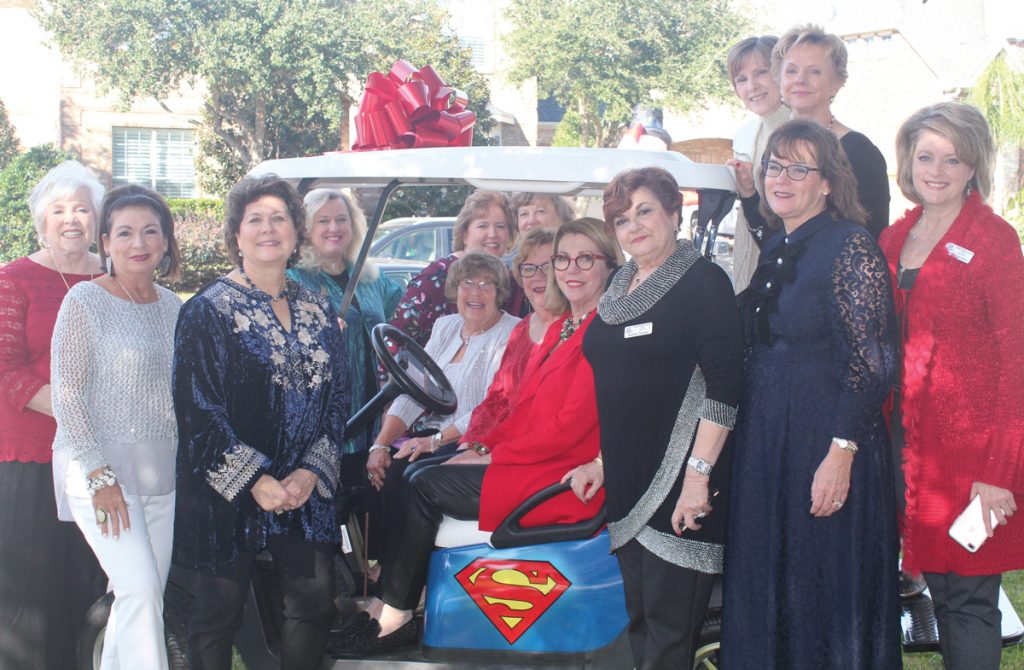 Circle Saturday, Feb. 9 on your calendar. That’s when Assistance League of the Bay Area will celebrate its 25th anniversary as a chapter and 30th year of service to the community.

And, the community is invited to attend this year’s Superhero Birthday Bash, which will be held at Lakewood Yacht Club in Seabrook from 6 to 11 p.m. Feb. 9, in memory of Stuart Wing Williams and to celebrate all the Assistance League Superheroes – past, present and future.

Chairman Jill Williams and Vice Chairman Peggy Heinrich are heading up the team of volunteers putting on the Bay Area’s Superhero Birthday Bash with attendees encouraged to dress as their favorite superhero.

One of the highlights of the evening will come during the Reverse Raffle when the third to last ticket wins a $500 gift card from Frank’s & Son Jewelers, the second to last wins a $1,000 gift card from Lewis Jewelers and the final ticket drawn wins a Superhero Golf Cart, partially sponsored by Texas Golf Carts.

Tickets to the event are $125 and may be purchased online at the website www.

SUSAN McCOY has been re-elected president of the Bay Oaks Country Club Women’s Association for 2019. Other new officers who’ll serve with her are Vice Presidents Cheri Burke and Sue Laabs, Secretary Chris Howland and Treasurer Amy Roppolo with Past President Jodi Schnabel as advisor to the president. 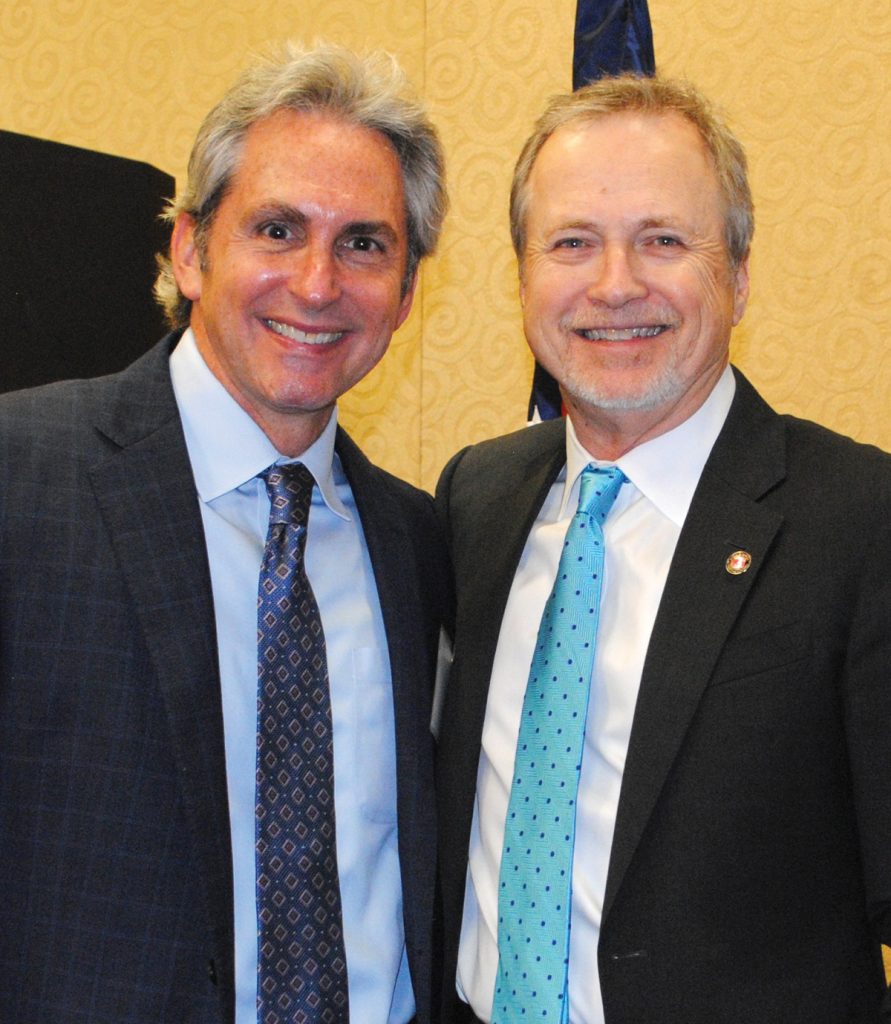 NEWLY ELECTED Pasadena Mayor Jeff Wagner was off to a good start after his election in July 2017, learning his new job and enjoying it when, about a month later, along came Hurricane Harvey.

But rather than wring their hands, he and other Pasadena officials got right to work trying to help people, he explained during his keynote address at the Bay Area Houston Transportation Partnership’s Jan. 17 luncheon.

“We accepted Harvey with open arms, and by that I mean all the emergency rooms in the area were shut down. All the airports were shut down. And, we said to one another, ‘how can we help people?’”

The answer was obvious, he told BayTran members at the luncheon at the Hobby Marriott on the Gulf Freeway – open an emergency room, which they did. It was believed to be the only working ER in Harris County, he said, and besides helping some 150 people, they even delivered a baby.

When life returned somewhat to normal, Mayor Wagner turned his thoughts to giving Pasadena a new face – even having the city buy a dilapidated building that had been vacant for 30 years and was giving the city an ugly look and needed to be torn down.

Most recently he has been working to upgrade Rickey Road, Pasadena Boulevard and Red Bluff Road – working with Harris County on sharing some of the costs. And, best of all, his city applied to FEMA for a $105 million grant to rebuild some of the city streets, and it was approved.

“Now who can say they got money from FEMA?” he smiled as he continued his overview of life in Pasadena.

SOME OF THE busiest club officers these days are those who head the Bay Area Welcome Neighbors Club, which meets each month at Bay Oaks Country Club with nearly overflow crowds.

Becky Rickey is president of the group this year with Suzanne Lamminen and Catherine Jennische serving as vice presidents, Alice Swift as secretary and Madeline Rogers as treasurer.

This month they will welcome Lt. Col. Don Houk from the Living History Museum providing a first person presentation of one of the most famous World War II generals, James H. “Jimmy” Doolittle, and his famous raid on Tokyo at their Feb. 21 luncheon meeting. To attend, email Nancy Guthrie at membership.bawnc@gmail.com

A ROOMFUL of old friends were on hand to help Charles Smitherman celebrate his 90th birthday in late December, and all were no doubt surprised to learn how he keeps a busy schedule and is out playing golf every chance he gets.

Besides his birthday celebration, it was also a chance for him and his wife, Joy, to get together with all their kids – Carol Smitherman Anglin, John and Jill Smitherman and Paul and Valerie Riddle — and grandkids and long-time friends.