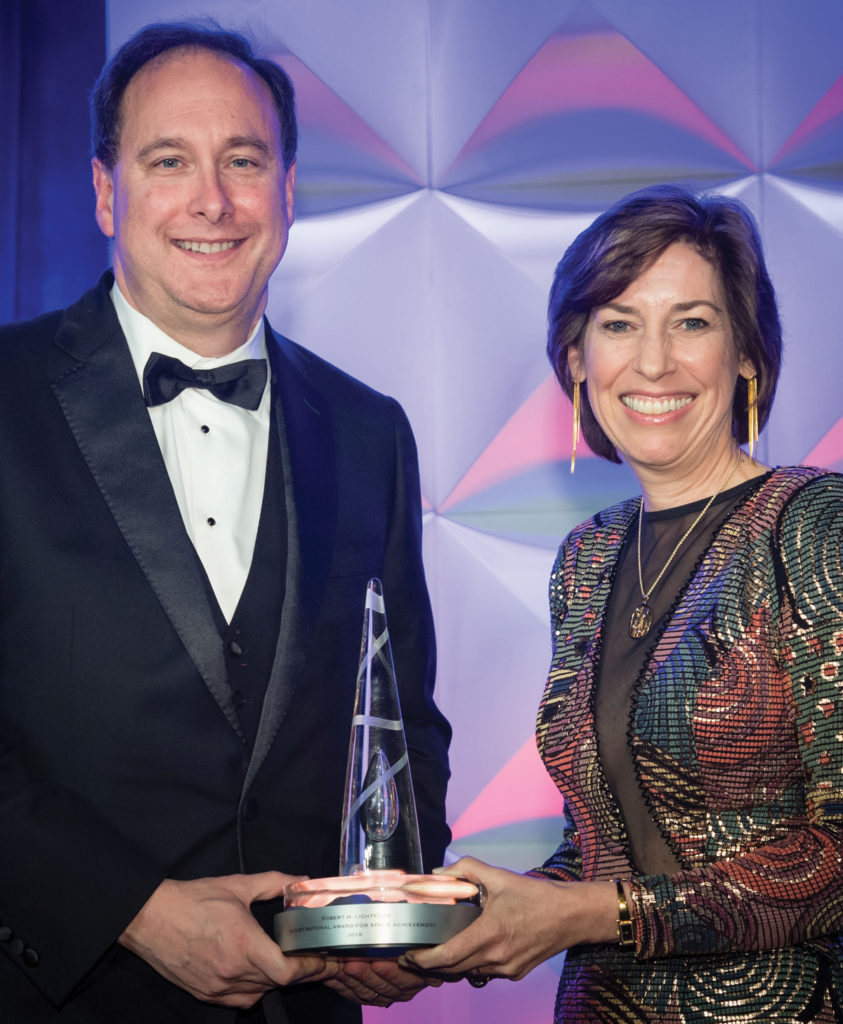 NATIONAL SPACE Trophy winner Robert Lightfoot ended his long NASA career on a perfect note with some 800 admirers giving him a grand sendoff at the RNASA Space Gala. Besides retiring from the space agency, Johnson Space Center Director Dr. Ellen Ochoa presented him with a beautiful trophy for his mantel.

“The many leadership roles that Robert Lightfoot has held and excelled at over his entire aerospace career made him the ideal person to lead NASA during the last 15 months,” she said as she handed him the prestigious trophy.

The former acting NASA administrator looked upon it as “the pinnacle of recognition in our business. This is the biggest award you could bestow on me, but really it is for the entire team and what we do. And, what we do every day makes a difference.”

After the welcome by RNASA Foundation Chairman Rodolfo Gonzalez, other highlights included the presentation by NASA’s Cindy Steele of the Space Communicator Award by video to actor William Shatner of Star Trek fame, a video congratulatory message to Lightfoot from NASA astronauts Scott Tingle, Drew Feustel and Ricky Arnold on the Space Station, a Space City Films year-in-review film featuring CNN’s John Zarrella and the presentation by astronauts Shane Kimbrough and Peggy Whitson of the Stellar Awards to 29 individuals and 8 teams, 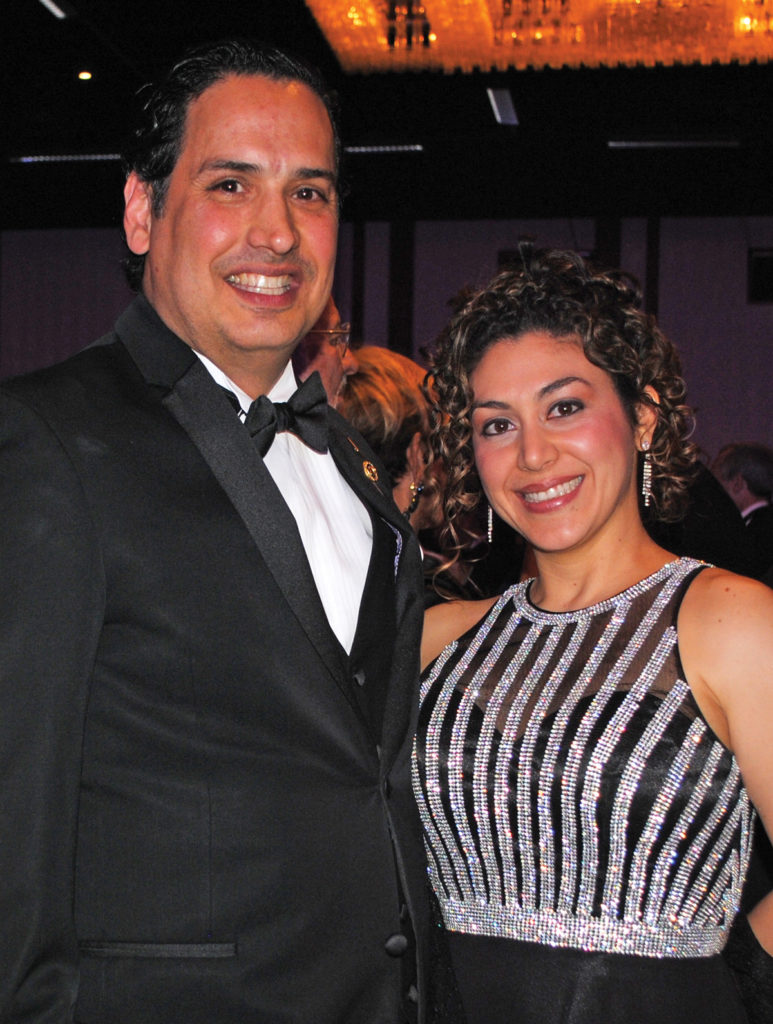 RNASA Chairman Rodolfo Gonzalez and his wife, Anangela, wear big smiles as they look over the massive crowd at the 2018 space gala. 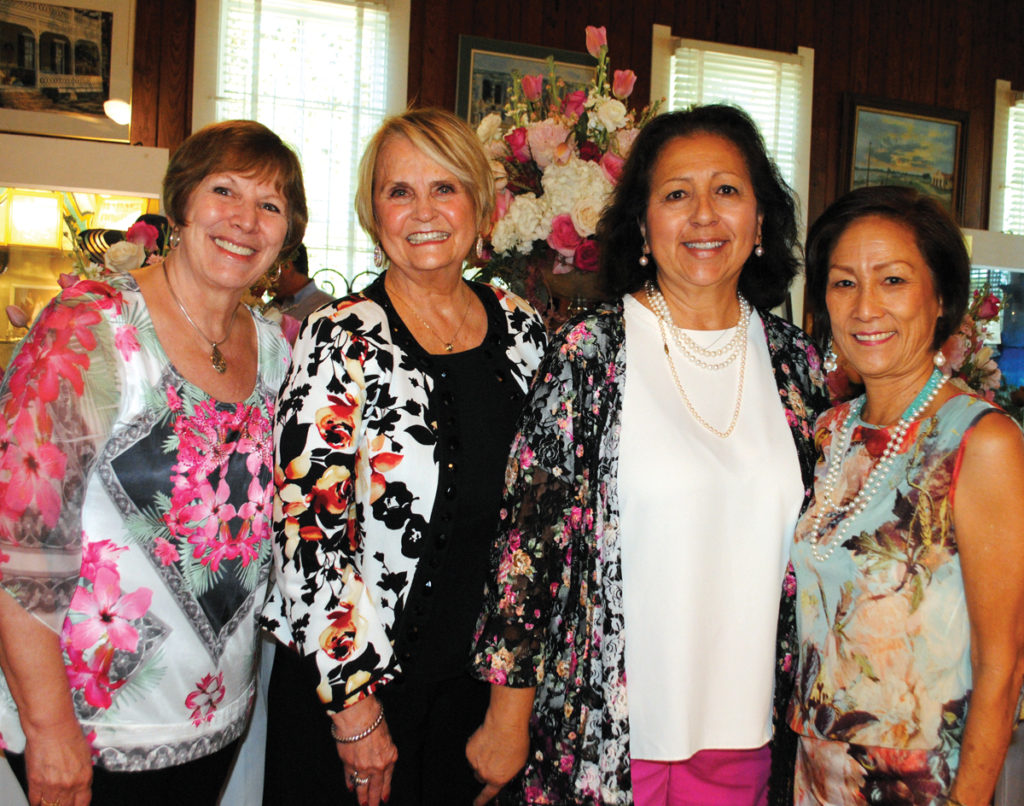 Museum Guild members Louise Russell, Jan Larson, Belinda Scheurich and Ava Galt, from left, who put in many hours working on the annual Silver Tea, wear big smiles as the crowd begins arriving at the museum in Clear Lake Park.

Silver Tea honors Brandie Corrao
BAY AREA MUSEUM was nearly overflowing Sunday, May 6 as the Museum Guild hosted the 33rd annual Silver Tea, which was founded in 1985 so local families could come together to experience a favorite British custom.

Many cooked their favorite sweets and savories to share with the crowd, which included the Lunar Rendezvous princesses and lieutenants and their mothers, along with Museum Guild members and their families.

Silver Tea Chairman Terri Monette was at the door to introduce the arriving crowd to this year’s honoree, Brandie Corrao, who was selected for her dedication to the museum. Nearby, you might have spotted Peggy Clause and Sandi Allbritton were busy complimenting Marjy Fulton on the beautiful tea cups she has made annually for the guild to sell at the tea.

In no time, the museum began to fill with Matthew and Angie Weinman and Joy and Charles Smitherman in the arriving crowd, along with Emmeline Dodd and Gene Hollier, Annette Dwyer and her husband, Pat Monks, Mary Williams, Diana Dornak, Adrienne Sun, Mary Ann Baxter and Laura Sukkar. 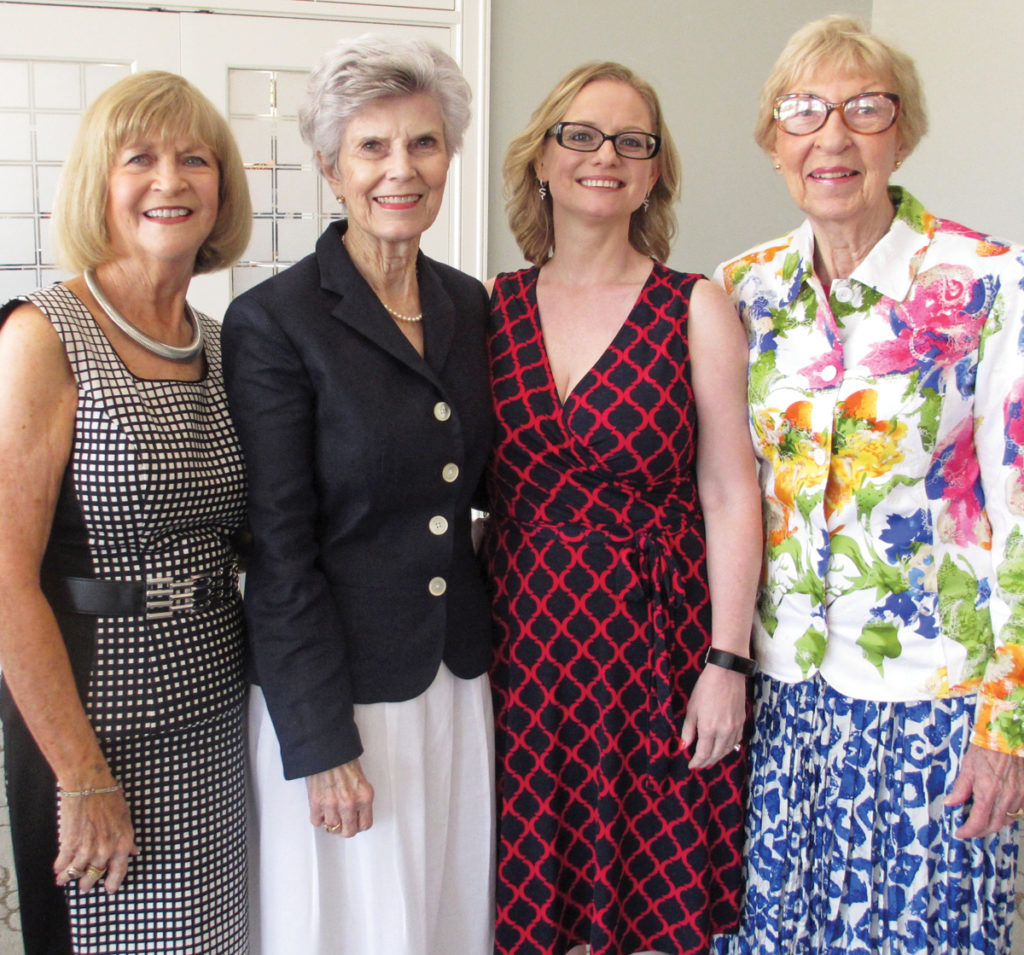 Symphony League elects new officers
NINA McGLASHAN is the new president of the Houston Symphony League Bay Area, which enjoys bringing beautiful music to the community and focuses on music education for elementary students in the Clear Creek School District.

DAR Chapter picks officers for 2018-20
THE SAM HOUSTON Chapter of the Houston National Society of the Daughters of the American Revolution also introduced new officers when members met on May 5 at Bay Oaks Country Club in Clear Lake.

Texas State Regent-Elect Susan Greene Tillman discussed the theme, “Are You Letting Your Light Shine?” Her speech focused on the many ways all DAR members can become involved in DAR, no matter their interests, talents and strengths. DAR is an organization that provides countless community service in projects helping veterans, libraries and schools.