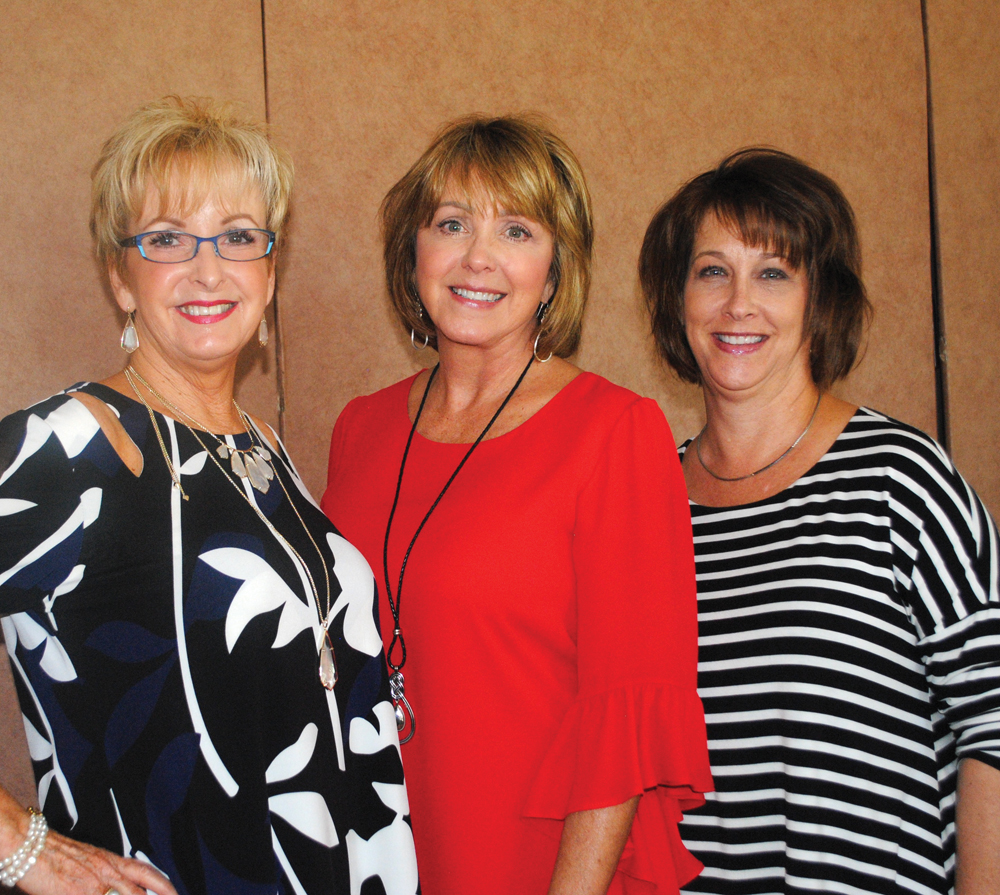 Karen Reed, from left, goes over plans for the Bay Oaks Women’s Association style show with Sandy Carney and Dorinda Corbett of The Clotheshorse in League City as the crowd begins arriving at the country club.

EACH YEAR the Bay Oaks Women’s Association begins the new season with a fashion show luncheon, so members can catch up on all their friends’ summer news and be up to date on the latest fall fashions.

This year, however, board members considered canceling it, wondering if it would be appropriate with so much suffering in nearby communities because of Hurricane Harvey. While debating it, they learned that several country club employees were among Harvey’s victims, and decided to turn it into a fundraiser to help those employees get back on their feet.

And, afterward, most seemed happy to get some normalcy back in their lives. 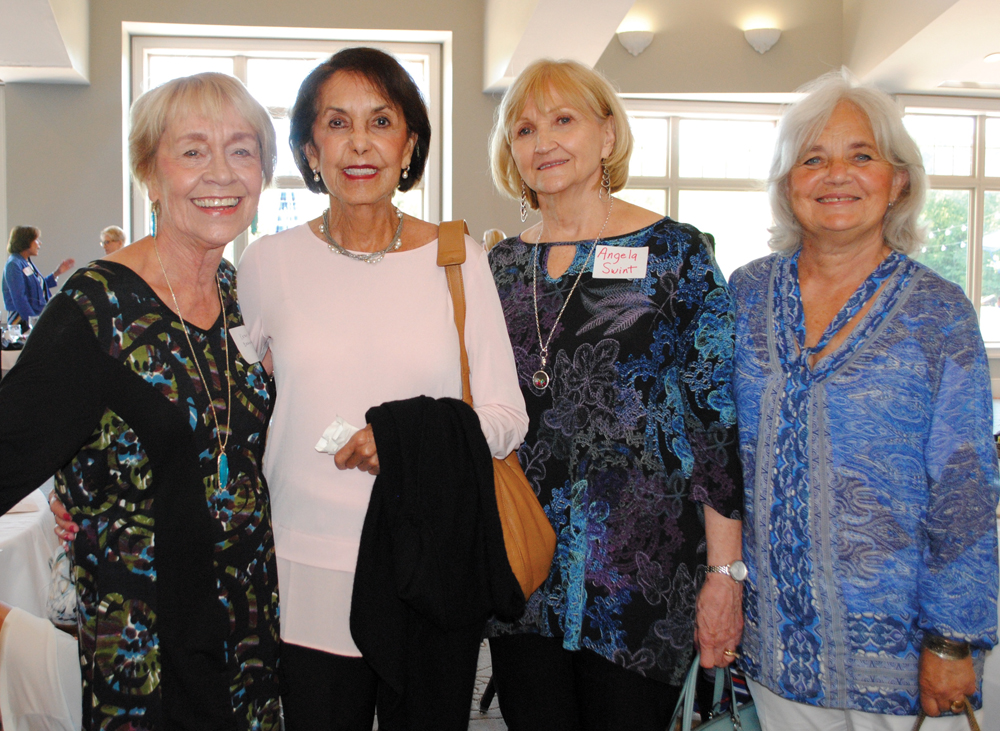 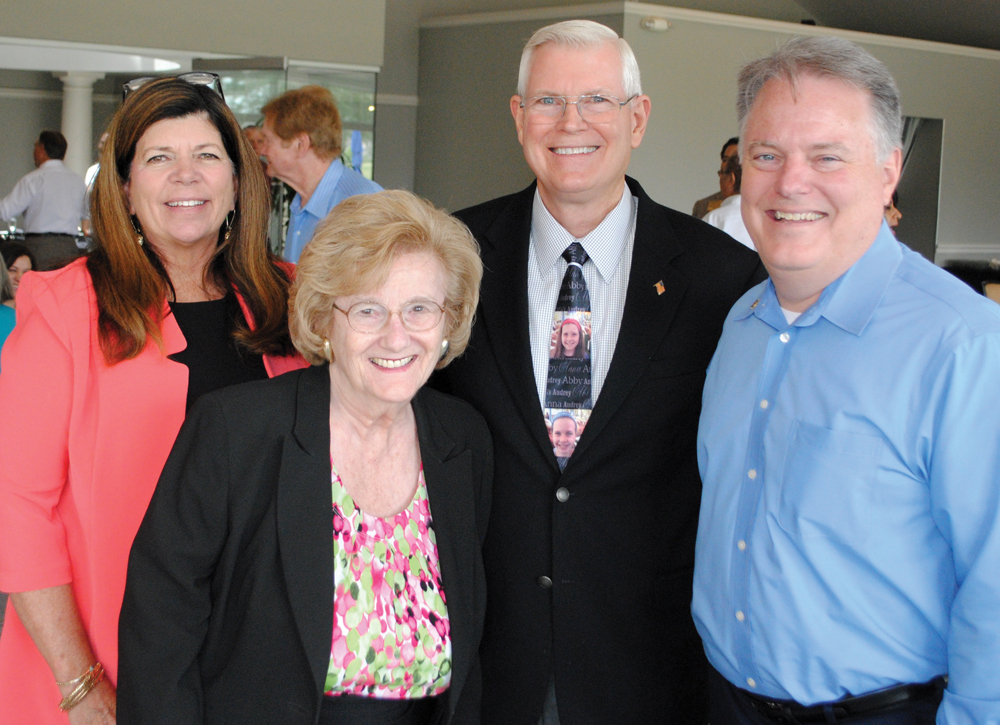 Space Center Rotary off to a lively start

SPACE CENTER ROTARY is off to a great start to its new club year with two well known speakers and a new set of officers.

Mike Coats, the retired Johnson Space Center director, was the first to address the Rotarians as they began a new year, marveling at all the work done by astronauts and cosmonauts on the International Space Station. “What’s fascinating are the long stays in space,” he said.

“There is a tremendous amount of research done on the space station. At any one time, astronauts are conducting 150 different experiments,” he said, noting that the ISS had been designated a national laboratory by Congress. 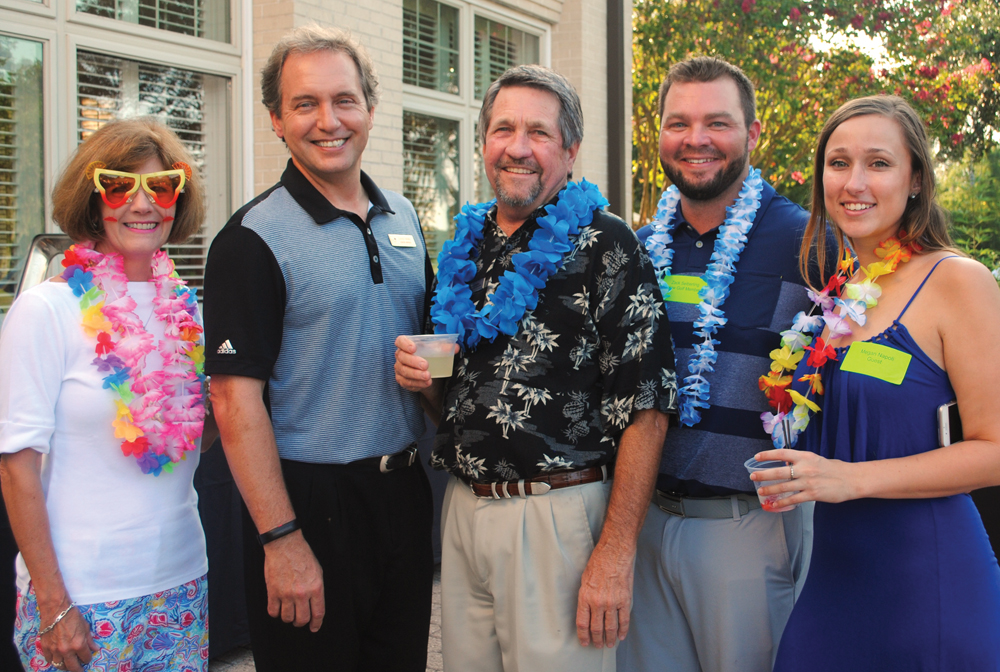 But while he is fascinated with the work on the ISS, he was equally frustrated at all we have to pay the Russians to carry astronauts into space – “$80 million a flight. Half a billion a year!” And, he added, “I’m excited that next year sometime we’ll have two spacecraft flying (from the U.S.) at a cost of about $200,000 per flight to the ISS.” He also expressed hope the Space Council, revived by President Trump, will provide a clear direction for NASA.

Santiago Mendoza, the senior vice president of Bay Area Regional Medical Center, brought the Rotarians back to Earth the next week as he described the hospital’s work and accomplishments as it focuses on healness and wellness, and continues to expand and grow.

After giving a rundown of the hospital’s various attributes – 191 beds, 8 operating suites, 4 cardiac cath labs, a full service emergency room, 23 treatment rooms, 4 trauma rooms, plus a new women’s center, he pointed out that its just-opened Heart and Vascular Center is one of only five in Texas, and it recently was awarded a Certificate of Excellence in Surgery.

And soon, he told the crowd, the new Women’s Center will start delivering “little miracles, providing exceptional care for both moms and babies with a family centered approach.” And for those with weight problems, the hospital has the Metabolic Weight Loss Institute