TOMORROW is the beginning of a brand new journey for many Bay Area Houston community organizations. And, as many conclude another year, they also are looking forward to next year with new officers guiding them and helping them reach even greater goals.

Bay Area Museum Guild members got quite a treat for their year-end luncheon when outgoing President Carole Murphy hosted the event at her Brook Forest home in Clear Lake, where they gathered by her beautiful pool for refreshments before watching the installation of Kimberley Weathers as their new president.

Diana and Mary Ann Baxter will serve as museum directors with Ava Galt overseeing the gardens and landscaping and Peggy Clause handling publicity. 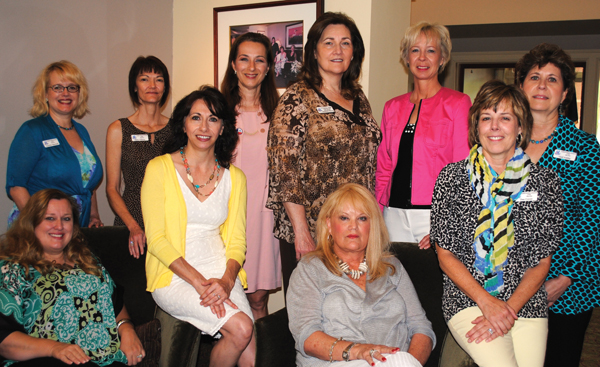 THE ASSISTANCE LEAGUE closed out its year with a big luncheon at Bay Oaks Country Club, where outgoing President Lisa Holbrook turned the gavel over to Kim Barker, who was installed as president, and Brunella Altemus became the president-elect.

The league also honored Sharon Dillard with the Sue Holstein Award, Jenny Verghese with its Sue Brady Award and Sarah Foulds, Suzanne McMannie and Badiha Nassar with the ABCD (Above and Beyond the Call of Duty) Award. 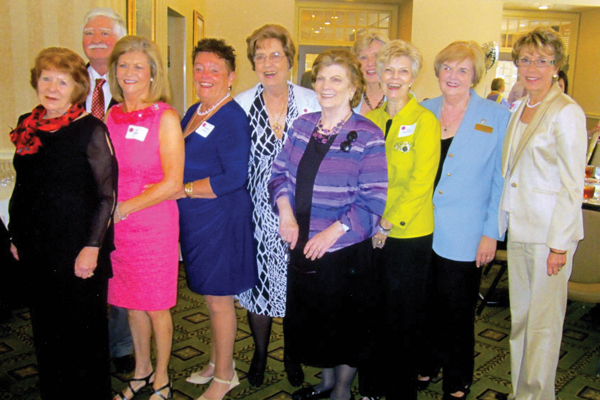 PATIENCE MYERS is the new president of the Houston Symphony League Bay Area. She was installed at their year-end luncheon at Bay Oaks Country Club, along with President-elect James Moore and the other officers.

Already they are making plans for their prospective member party in August and their home tour in the spring.

CLEAR LAKE PANHELLENIC members have a new slate of officers for the coming year with Laurie Vaughn as their new president – taking over for outgoing President Wendy Shaw.

Arts Alliance has new board

THE ARTS ALLIANCE Center of Clear Lake has a new president – Myrna Baker, with Judith Blanchard as executive vice president, Mary Lou Johnson as secretary and Csilla Stiles as treasurer.

As it begins its 16th year, TAACL introduced new strategies to unite the arts, expand art education offerings and promote art activities – “Destination….Art” to promote the area as an arts destination and a spring juried art festival.

BOWA strikes up a happy tune

BAY OAKS Women’s Association members got to enjoy some of their favorite Broadway tunes at their May luncheon – ending the season on a happy note before the summer break.

SEVERAL BAY AREA students have been awarded $18,000 Houston Rodeo Scholarships, no doubt making both them and their parents quite happy. The recipients and the high schools they attended are: