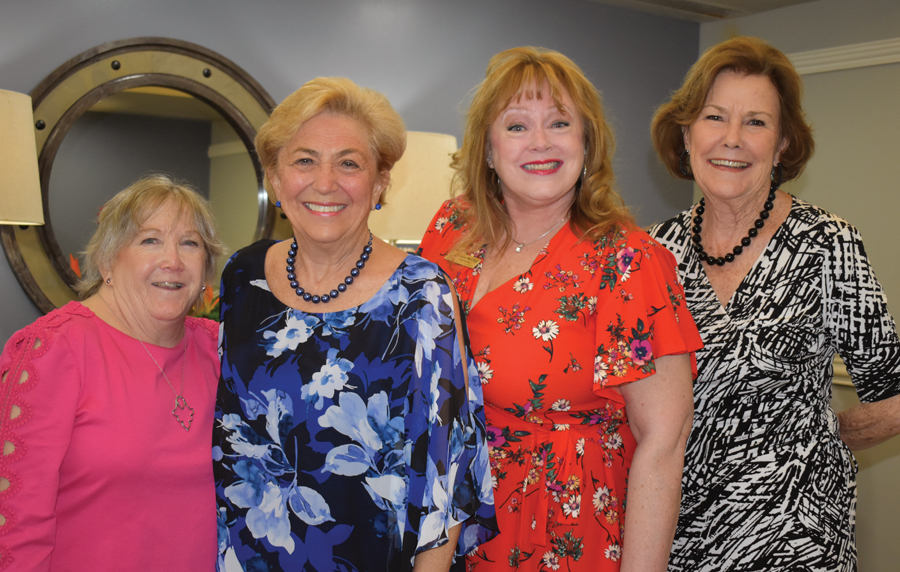 The Bay Oaks Women’s Association kicked off the season with the focus on fashion and, from left, Cindy Zook, Eileen Hult, President Susan McCoy and Suzanne Leatherman all ready for fall.

BOWA gets update on latest in fashion

BAY OAKS Women’s Association members got quite an update on the latest styles when fashionista Sherre Frede shared her expertise about accessories and fashion trends at their September luncheon, all the while looking quite fashionable herself.

Now they’re all looking forward to another year of great music. 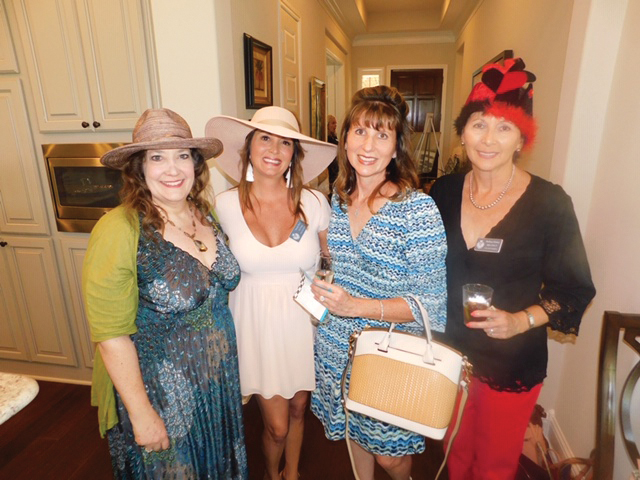 CLEAR LAKE Panhellenic members launched the new season with their annual Fall Friendship Tea Sept. 8 at the home of Priscilla Ennis at her new home in The Reserve.
Event Chairman Sue Ellen Jennings and Panhellenic President Sheryl Williams joined Priscilla in welcoming the happy crowd – all pleased to see one another again after the summer break.

After catching up on each other’s summer adventures, the talk quickly turned to Panhellenic’s big fall fashion show, coming up on Friday, Nov. 1 with a “Style in Wonderland” theme at South Shore Harbour Resort in League City, produced by Lenny Matuszewski and chaired by Mackenzie Walker. Sue Ellen even came dressed as Alice in Wonderland, to help publicize the style show. Which, of course, delighted everyone.

Some of the others you might have run into at the annual tea included Lisa O’Brien, Holly Williamson, Lisa O’Brien, Kathie Wiley, Lori Johnson, Ondi Lyons, Sally Jordan and Susan Vaughn.