BAY AREA MUSEUM was packed the other morning as Bay Area Museum Guild members kicked off the new season with a shower for the museum.
That’s when they bring things like napkins, paper towels, dishwashing liquid, etc. that will be used for events held there throughout the year. Some even had fancy wrappings like they would take a gift to a bridal shower. 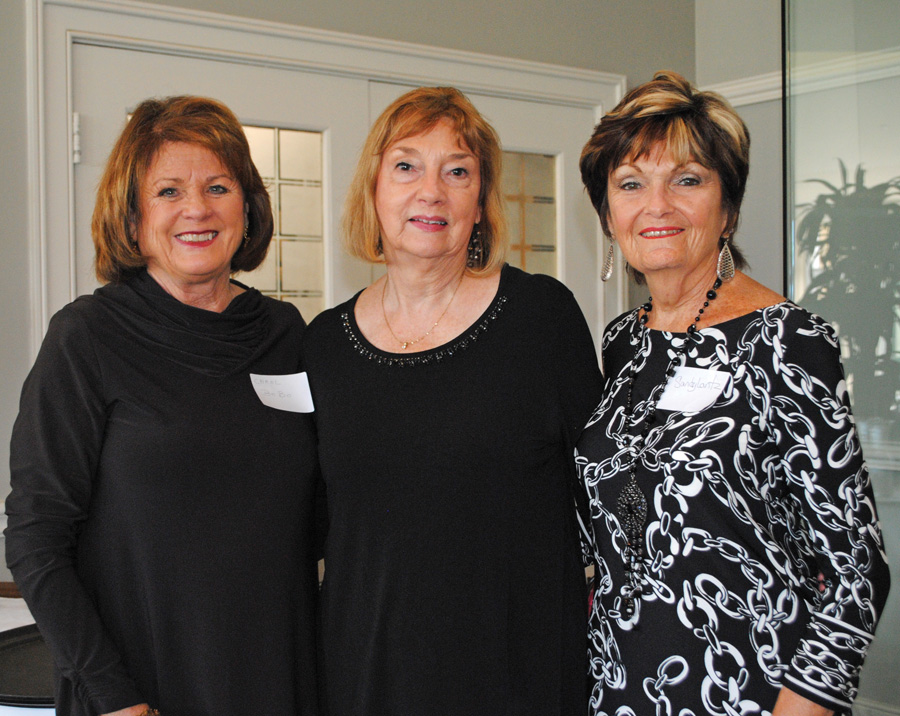 Carol Bobo, from left, stops to say hello to Bobbie Moutz and Sandy Lantz as she arrives at the Bay Oaks Women’s Association Fall Coffee at the country club.

BOWA Fall Coffee a fun event for all
ANOTHER POPULAR fall event is the Bay Oaks Women’s Association’s Fall Coffee, which was started about 25 years ago as just a pleasant way to relax and make friends.

Back then, everyone paid $5 to sit around for a couple of relaxing hours sipping coffee, munching on crepes, getting to know their tablemates and showing off the latest fashions.

Over the years it evolved into a luncheon with a speaker. This month’s speaker was Jeff Moore, president of TopGun Security & Investigations and a powerful figure in the security profession, as well as the private investigation world.

Many are busy these days planning their annual gala, which is scheduled Saturday, Nov. 4.

As President Jodie Schnabel was out of town, Vice President Amy Schweers welcomed the crowd and introduced the speaker. 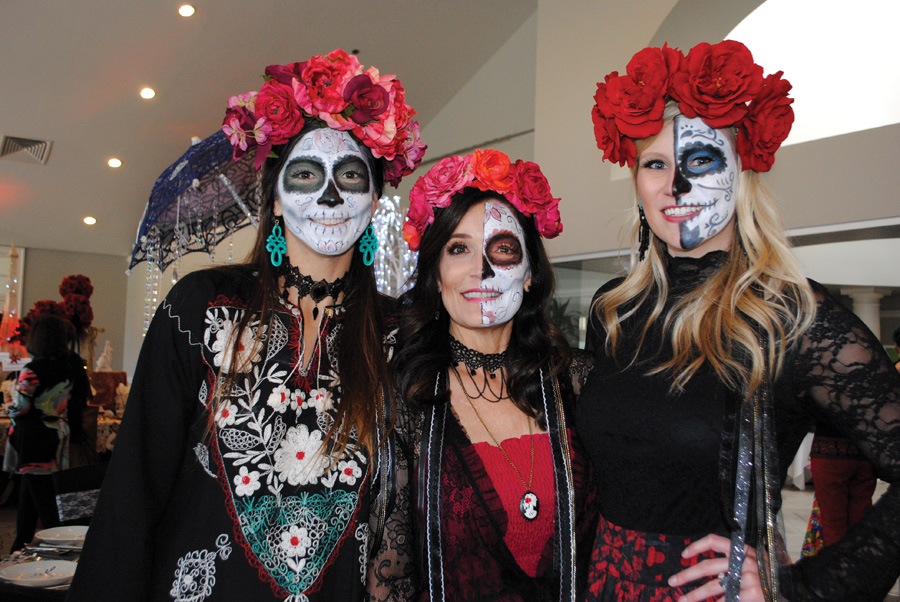 Pretty Tables and then some
MOST JAW-DROPPING event of the season? Hands down winner is always the Bay Area Museum Guild’s Just a Pretty Table Luncheon, which offers so much more than just pretty tables.

It’s been that way for 12 years since Angie Weinman introduced us all to “Pretty Tables,” and we’re still addicted to it. The participants spend hours and hours thinking up a theme, getting all the needed people and pieces and then molding it all together into a pretty picture before you get to sit back and enjoy the final product. 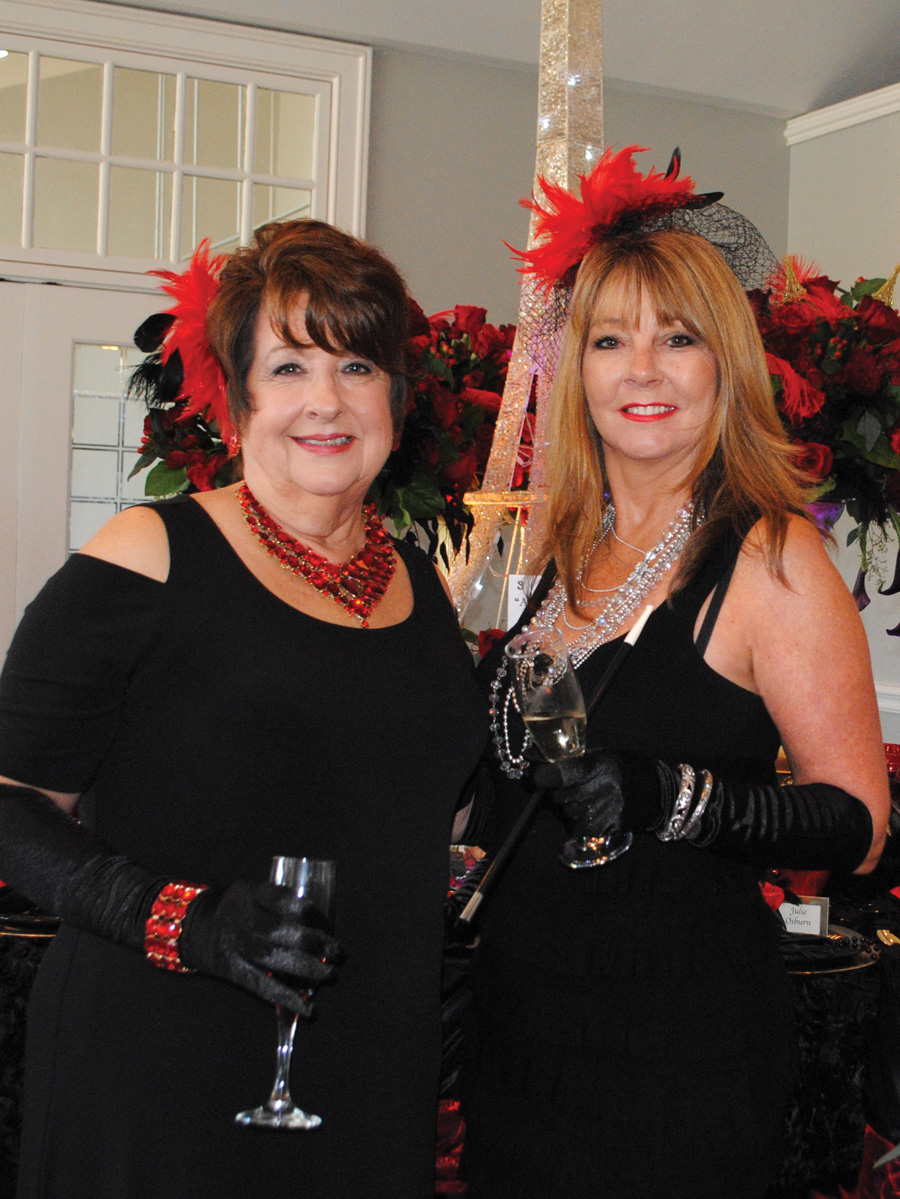 Robyn Weigelt, right, and Johnette Norman share a light moment in front of their Moulin Rouge table at the Just A Pretty Table Luncheon at Bay Oaks Country Club. 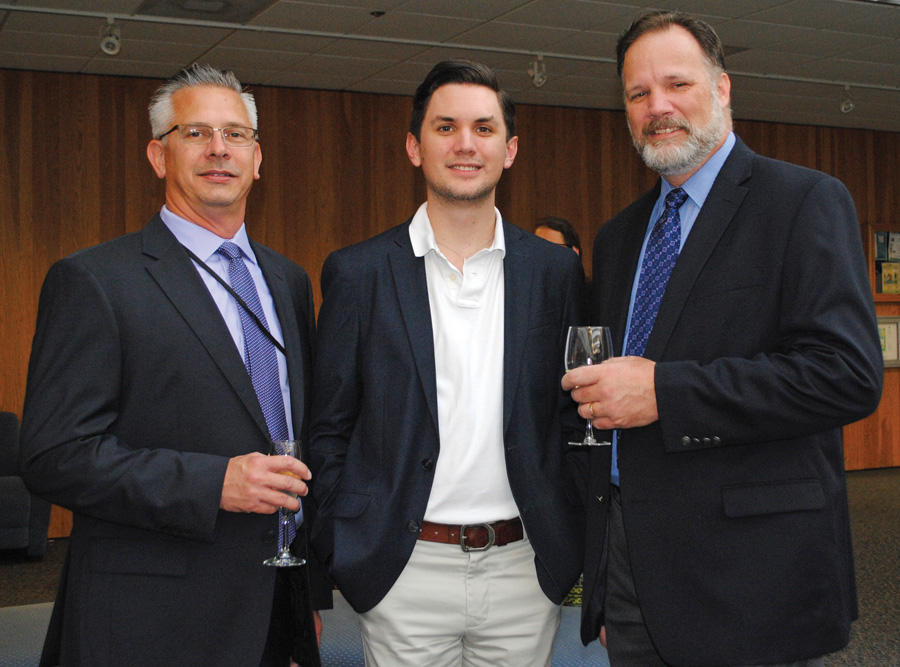 Mike DeMasi, from right, and his son, Hunter, talk with Ron Finn as they await the Bay Area Houston Ballet & Theatre’s season opener, Swan Lake, at UHCL’s Bayou Theatre. All had family members in the ballet.

Ballet launches ‘17-‘18 season
BAY AREA HOUSTON Ballet’s talented dancers launched a new season with the opening of Swan Lake at the UH-Clear Lake Bayou Theatre and a kickoff party down the way overlooking the university’s Atrium I.

All seemed to really enjoy the popular production and were looking forward to the opening of The Nutcracker Friday, Dec. 1.