Creek grad making his mark in the golf world 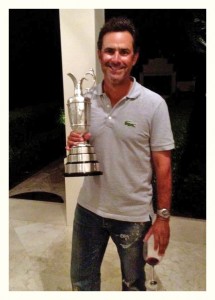 Congratulations continue to pour in for a Clear Creek High graduate who is making quite a name for himself in the golf world – most recently for his success at the 2012 Open Championship (British Open).

Claude (C.H.) Harmon, III has been coaching Ernie Els, who recently won his fourth major championship at Royal Lytham and St. Anne’s Golf Club in Lancashire, England, and claimed the Claret Jug for 2012.

The two embarked on their professional relationship in 2010, and through determination and hard work on the part of both parties, Els has once again achieved a huge milestone in his career and given the former Clear Lake area resident his first major victory as an instructor.

He also has quite a family golfing pedigree and used that foundation to build his reputation in the golf business.  His father is world renowned golf instructor Butch Harmon who has coached Phil Mickelson, Tiger Woods, and Greg Norman, to name a few.  His grandfather Claude Sr., won the 1948 Masters.  His uncles, Craig Wood Harmon and Bill Harmon, are successful and well recognized golf instructors, as was his late uncle, Dick Harmon

Claude began his own journey into the realm of golf instruction in 1997, when he became Director of Golf Instruction at the Butch Harmon School of Golf in Las Vegas. 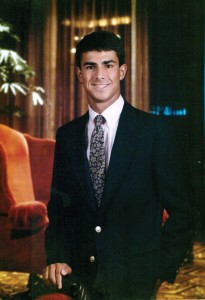 There, he was able to hone his skills working with golfers of all abilities, as well as professionals and celebrities – from Will Smith, Bruce Willis, Charles Barkley and Gabrielle Reiss to Tour de France winner Lance Armstrong and Portuguese football idol Luis Figo.

From 2002 through 2006, he taught on the European Tour and worked successfully with players such as Adam Scott, Trevor Immelman, Graeme McDowell and Darren Clarke, some of whom have gone on to become major championship winners.  He then became Director of Golf Instruction at the Butch Harmon School of Golf in Dubai, UAE, in 2008.

Currently he is the Director of Instruction at the Floridian and The Butch Harmon Learning Center in Palm City, Florida, and a certified Titleist Performance Institute Instructor.  Because of the proximity to his facility and many PGA Tour professionals’ residences, he is able to continue to work with Ernie Els and players such as Dustin Johnson and Steve Marino on a regular basis, while also maintaining his dedication to improving amateurs’ games and promoting the game of golf.

We again congratulate Claude on a job well done!