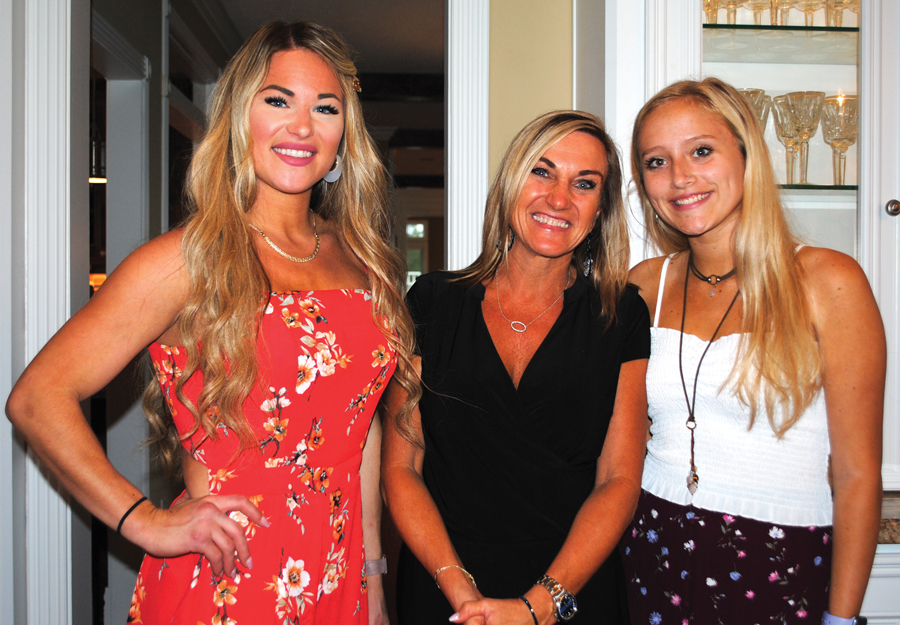 Jana Reed, center, and her daughters, Logan, left, and Aleis arrive at the Chris Reed Foundation founding party at the Carl Joiner home in Kemah.

Nearly a hundred family and friends of the late Chris Reed gathered Oct. 24 to celebrate the formation of the Chris Reed Foundation, established to provide financial assistance for Bay Area high school students, by helping them prepare for college or vocational school.

Reed, the Kemah police chief at the time of his death, died after falling off a boat this past June when it was hit by a gigantic wave as he and his wife were enjoying a weekend sail on Galveston Bay.

The celebration, held at the Kemah home of Carl and Colene Joiner, began with a toast by the board of directors to kick-off the not-for-profit organization, while also paying tribute to Chris Reed.

“The Chris Reed Foundation was established as a means to bolster teen success through monetary assistance and mentorship,” said Joiner, a board member. “We seek to support juniors and seniors as they prepare for graduation, college or vocational programs.”

Reed’s death left the Bay Area community in shock as he had touched many lives along the way. He was a Clear Creek ISD trustee, a dad, a wrestling coach, a former city manager of both League City and Nassau Bay, and a former assistance police chief in League City. Many of those lives were young kids in need of direction that he helped. 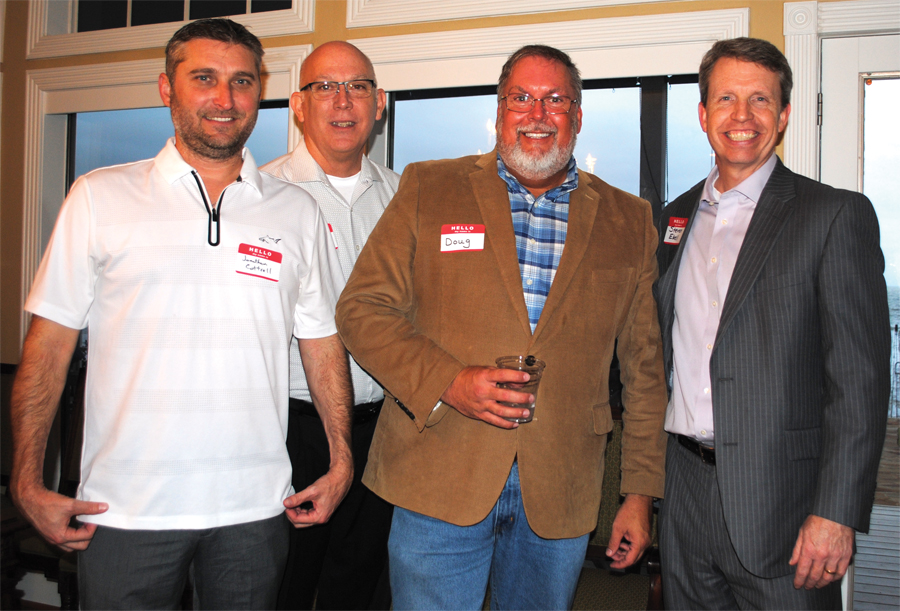 His wife Jana met with a number of community members on July 30 – the Reeds’ 29th wedding anniversary — to plan the foundation.

“This is about helping someone who maybe doesn›t have the best home life, who couldn›t necessarily afford their cap and gown or their senior pictures. That’s what we want to do. Help those who need a little push,” she said.

Jana Reed serves as chairman of the Chris Reed Foundation and her oldest daughter, Logan, is vice chairman. The scholarship program aims to provide financial assistance for high school students in the Bay Area. Donations could go toward graduation expenses, application fees, school supplies, tutoring, among other needs.

The Foundation’s slogan, “From Adversity to Achievement” focuses on high school students, particularly those with lower socioeconomic status, and provides resources to enhance future scholastic and professional success, Kimberly Campbell pointed out.

While the Founding Members event was the first formal fundraising activity for the foundation, students from CCISD’s Bauerschlag Elementary previously collected nearly $1,500 through a coin drive, Campbell said. These funds, as well as the $25,000 raised at the kick-off event, will soon be made available through application submittal on school district systems such as Naviance.

“My father would have been proud to see so many join forces in support of a cause near and dear to his heart,” Logan said. A golf tournament and bike rally are next on the fundraising schedule. For those wanting to make a personal contribution in support of the region’s youth or to learn more about the organization, go to the website, www.ChrisReedFoundation.com