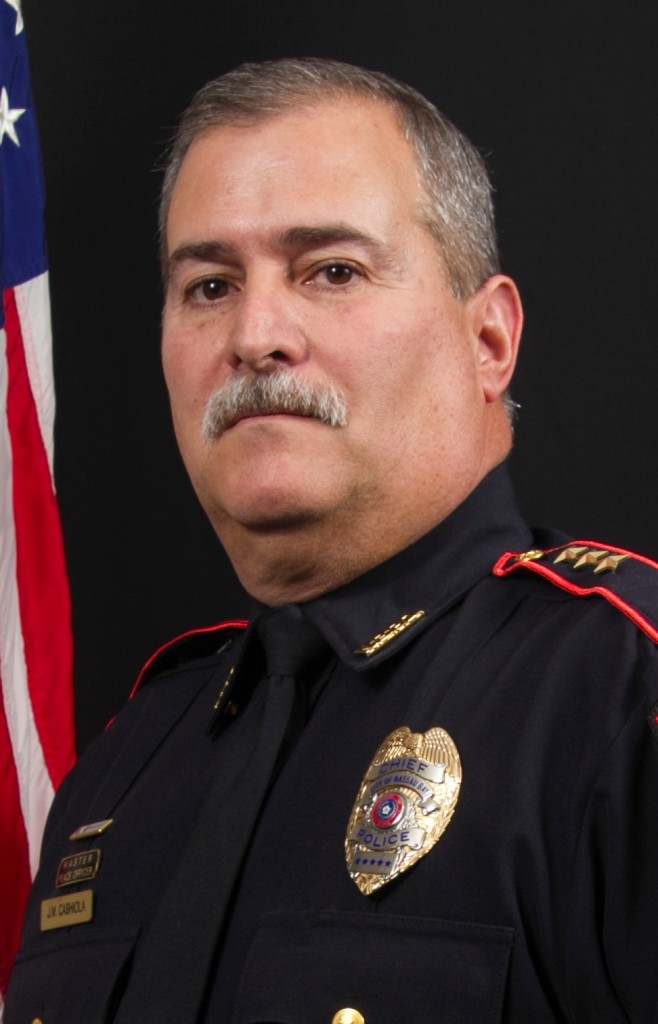 “I have truly enjoyed my time with the City of Nassau Bay. I am thankful for the staff that worked so hard during my tenure as chief. Additionally, I would like to thank the citizens of Nassau Bay, who I have grown to know and love.”

“I leave you with a very capable group of honest and hardworking men and women who will continue to serve and protect the citizens of Nassau Bay,” said Cashiola.

Chief Cashiola has been with the Police Department for more than 34 years, working his way up the ranks from patrolman, corporal, sergeant and lieutenant, until he was appointed chief of police in 2009.

“It has been my sincere pleasure to have worked with Chief Cashiola, or Joey as we all know him, for the past 14 years of being an elected official,” said Nassau Bay Mayor Mark Denman. “He has been a great peace officer and leader, well known for his quiet but strong demeanor, going back the 30 years I have known him. His relationships with many Nassau Bay citizens run deep, he will be sorely missed.”

A reception for Chief Cashiola will be held March 2, from 3 to 5 p.m. at Nassau Bay City Hall.