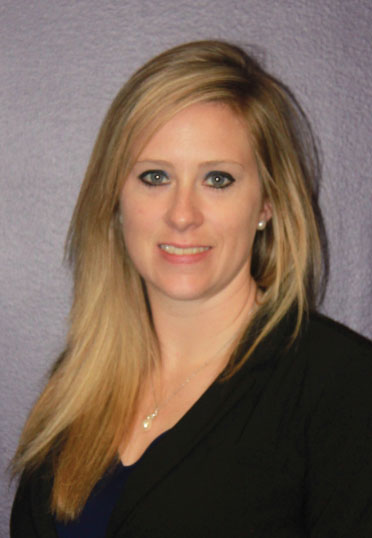 This month in our Young Professional Profile, we sat down with Cheri D. Haarmeyer, application engineer for Radix Engineering and Software. Radix is a young Brazilian company that began in 2010 in Rio de Janeiro, Brazil and has since expanded with several offices to include their first U.S. Engineering office in Houston. Cheri joined Radix last July to pursue domestic and international opportunities within their Automation and Engineering groups by working on different projects, but has also expanded her skill-set by assisting with marketing, recruitment, office construction, and business development while the office continues to grow.

You began your career as a mechanical engineer, and now in addition to your Project Engineering responsibilities you are also responsible for assisting with marketing, recruitment, office construction, and business. How did that happen?

It’s been a very interesting journey (laughs). I graduated from Pennsylvania State University with my degree in Mechanical Engineering from the University Park Campus. After graduation, I started in the Engineering in Training program where I had in-depth training for programming programmable logic controllers, setting up various industrial networks, and creating human machine interfaces (user interfaces) for facility operators.

Before joining Radix in my current position, I worked at Rockwell Automation in Cleveland, Ohio and Houston. Rockwell has over 40,000 employees worldwide, different from my current employer who only has about 450 worldwide. That’s where my new skill set comes into play. You see, there are more opportunities within a small company to get exposure to different industries and job roles. Since the office in the U.S. was relatively small at the beginning (I was employee No. 3), we all had to contribute in whatever way we could to help progress the company’s growth. So, even though I am an engineer, I wanted to help anywhere I could.

Although it has been fun and exciting to learn about different aspects of business, I am happy to see that we are growing and hiring more people so I can focus more on my engineering projects. Overall, I’m glad for the exposure though. The next generation of engineers is expected to be good at engineering, and to be able to contribute in different ways in the office, and this experience will help me with that moving forward.

What was it about Radix that interested you? It’s quite a difference going from a large corporation of over 40,000 to a small company with less than 500.

I really enjoy international work and travel. Radix is a Brazilian company and the culture is similar to ours. Working for Rockwell, I participated on big international projects with countries on the other side of the world. Unfortunately, that also meant I had to have phone calls at really early or really late hours since there were no overlapping business hours. In addition, it’s more practical for big companies to form teams to focus on each vertical market, such as oil and gas, to be more efficient which makes it hard to get exposure to other markets.

The great thing about a Brazilian company is that there is only a 2 to 4 hour time difference and most meetings can be had during normal business hours. In addition, most of my travel is in parts of the world that I really enjoy and have always wanted to visit.

Last year alone I spent five weeks in Rio de Janeiro working on a team for the Rio Galeão – Tom Jobim International Airport. We put together a plan to upgrade their electrical and control systems in time for this year’s Olympic Games. It is nice being able to get exposure to other industries outside of oil and gas, considering the current market, it also helps my company garner exposure in the Food & Beverage, Aerospace, Metal & Mining, Transportation, and Power Generation industries.

Is international travel/work something that you value in your career?

Absolutely! I really love controls work since I was introduced to them back when I had an opportunity to be an intern with Siemens Industries. This opportunity led to my first job after college with Rockwell Automation. It was an attractive opportunity for me to work there because Rockwell had about 70 percent of the market share for programmable logic controllers in the U.S. In addition, they had a training program for the first six months to go over how to use their product lines and implement them in real world applications. For example, I had to program a pizza machine with another colleague and it really did make pizza that my coworkers ate (smiles).

The great thing about working with controls is that it is very transferable no matter where you go in the world. I could go anywhere, and apply the same best practices because it is very similar – controlling digital signals to control facilities and their processes. Quite frankly, a control valve doesn’t really change between countries because different facilities throughout the world most likely buy from similar big vendors like Siemens or GE. Turbines don’t change drastically between countries either.

The one thing that is different, not only globally, but internally within our industry, is the quick pace of change in technologies. That has become an interesting challenge from product developers to end-users.

How has changing technologies become a challenge?

First, if you are in a technology field, you need to make it a priority to always be aware of what is coming. It can be difficult to keep up because it’s always changing so fast, but it’s a necessity to stay relevant in your field. I’ve talked to a lot of people that are currently unemployed due to the industry downturn and unfortunately some of them were pigeon holed into roles that didn’t allow them to grow and keep up with changing technologies.

It’s hard seeing highly technical and skilled people with 5 to 40 years of experience suffer from rapidly changing technologies, clients, and industries. As my boss says, “It’s the rear view mirror concept: you can’t look at where you are going and what you have done, and say that’s how we will always do it.”

Wouldn’t this idea of remaining relevant be transferable to any industry, not just technology?

I do think it’s a good message for anybody – continuing to grow and learn is transferable across all careers. I think this issue is reflected across generations too.

I’ve met some individuals that are seasoned and ready to retire, and they know more about software programing and coding than I do, they have taken the time to gain the experience, know the connections, and they truly understand how the technology is supposed to be applied because they embraced it right away and continued to learn and apply that knowledge throughout their career. Those are the people that are really successful. Those are the people that companies are terrified to lose, because they have all that knowledge that will leave with them when they retire.

Change isn’t easy for everyone…

True, it can be difficult. But it can also be successful when applied well. Just look at Tesla Motors, they were the first ones to come out with the first successful electric car because they were willing to try things the other car companies weren’t ready for yet. The first attempts in this industry weren’t the best, but they’ve worked on them and they are getting better as a whole.

Many of our clients want us to be on the cutting edge of technology, but it can be challenging. Especially in an environment where people are comfortable always doing the same thing in the same way. But, if you stay on the same path all the time, you will be left behind.

For more on Radix Engineering and Software: http://radixeng.net/

About the Young Professional Profile
The Young Professional Profile is an effort to create a forum for those under 40 who are excelling in their respective fields across Texas.  There is a depth and breadth to the Millennial generation as a group of adults that is marked by a commitment to higher principles in the work they do, the ability to professionally marry what were traditionally separate streams of expertise, and a voracious appetite for new skills.