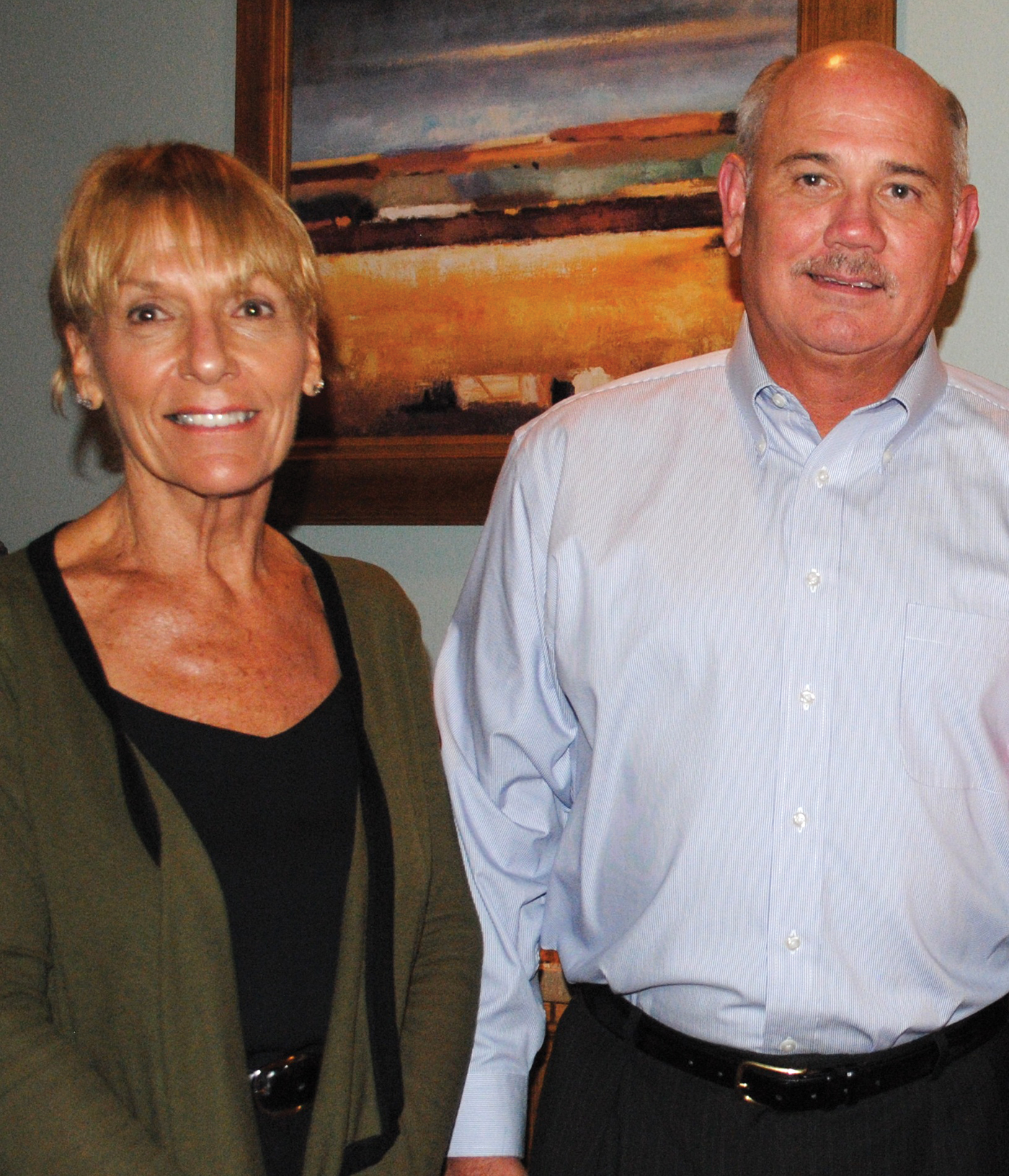 BAHEP President Bob Mitchell thanks Communications Director Kathryn Paradis for all her hard work writing the BAHEP history for the 40th anniversary celebration.

It isn’t everyday one gets to plan a 40th anniversary celebration. So it is little wonder that those on the Bay Area Houston Economic Partnership planning committee took their task quite seriously.

They didn’t just meet once or twice and leave most of the work to the hotel staff; over a period of months they met weekly sometimes and bi-weekly others, examining every minute detail, determining what  would work at the site (the South Shore Harbour Resort Crystal Ballroom) and what would not by meeting there and trying things out.

They went out to UH-Clear Lake to look through historical documents, to be sure their history was correct. They rummaged through hundreds of photographs that told much of their story. They talked with those who played key roles in the beginning. Then they invited them to the celebration.

And, when it was over, BAHEP President Bob Mitchell couldn’t stop smiling. He couldn’t think of a thing that should have been done differently. Everything had gone as planned. Just a perfect evening with many of those who worked to get BAHEP started 40 years ago on hand to reminisce and look forward to the 50th anniversary.

Such a success that Pat and Wendell Wilson decided they all needed to celebrate. So they hosted a dinner party at their bayfront home in Seabrook, where many committee members reflected on the fun they had had planning the event and began thinking of the big 50.