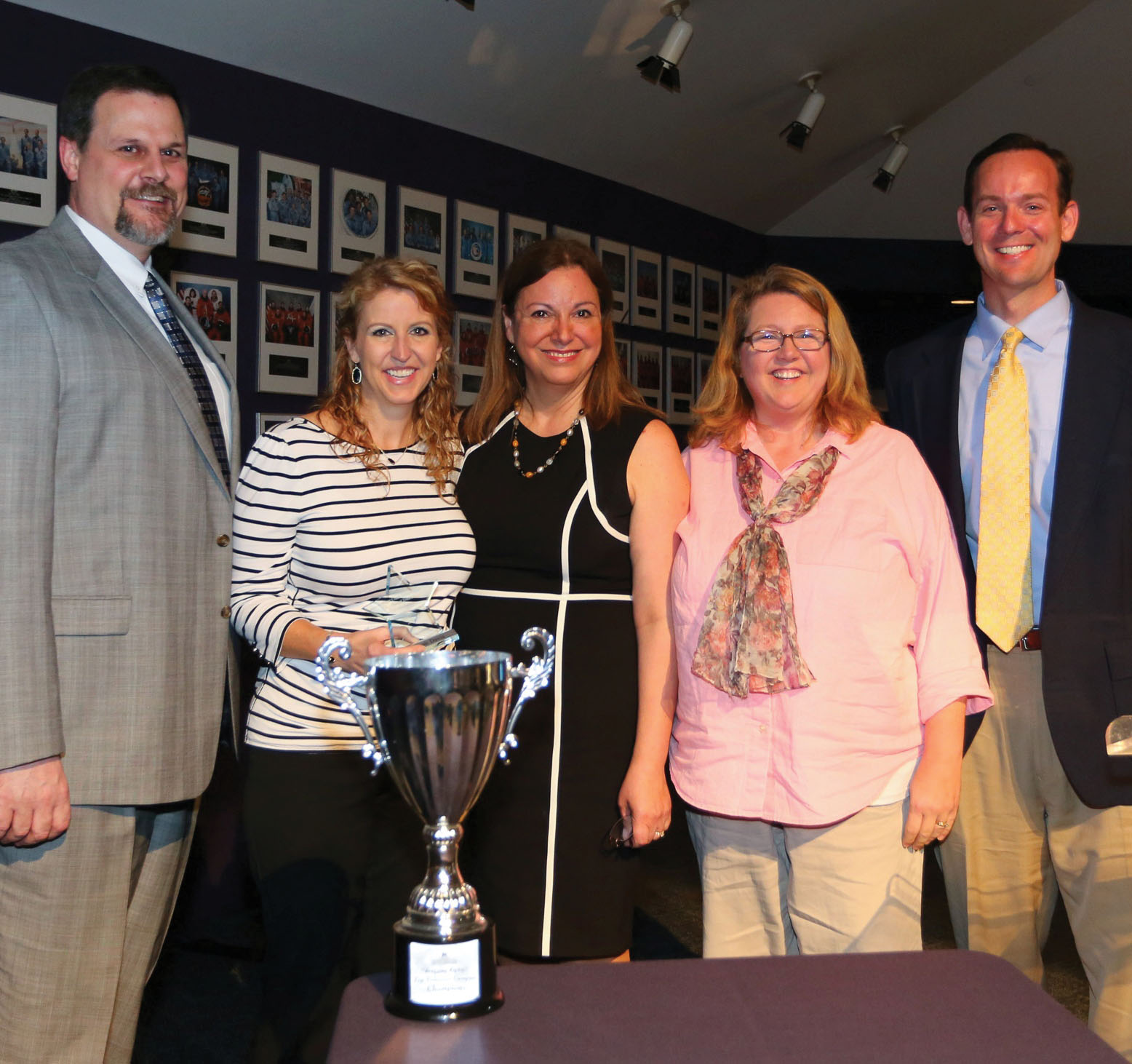 Assistant Superintendent of Secondary Education Scott Bockart, from left, announces that the CCISD Secondary Volunteer of the Year is Debbie Davis of Bayside Intermediate as teachers Marie Yancey and Julie Edwards and Bayside Principal Joey Thomas add their congratulations.

As the school year drew to a close, the Clear Creek School District brought together hundreds of community partners and volunteers who dedicate their time, talent and treasure to boost and support the district’s more than 41,000 students throughout the year. Space Center Houston was the perfect setting for the breakfast celebration to honor a community of volunteers that goes Above and Beyond in all that they do for the region’s future leaders.

Superintendent Dr. Greg Smith opened the program by sharing a community impact report which highlighted successes achieved throughout the year in CCISD, many of which were made possible by businesses, mentors and volunteers. He then announced the 2015 Community Partner of the Year, the CCISD Automotive Technology Advisory Board. 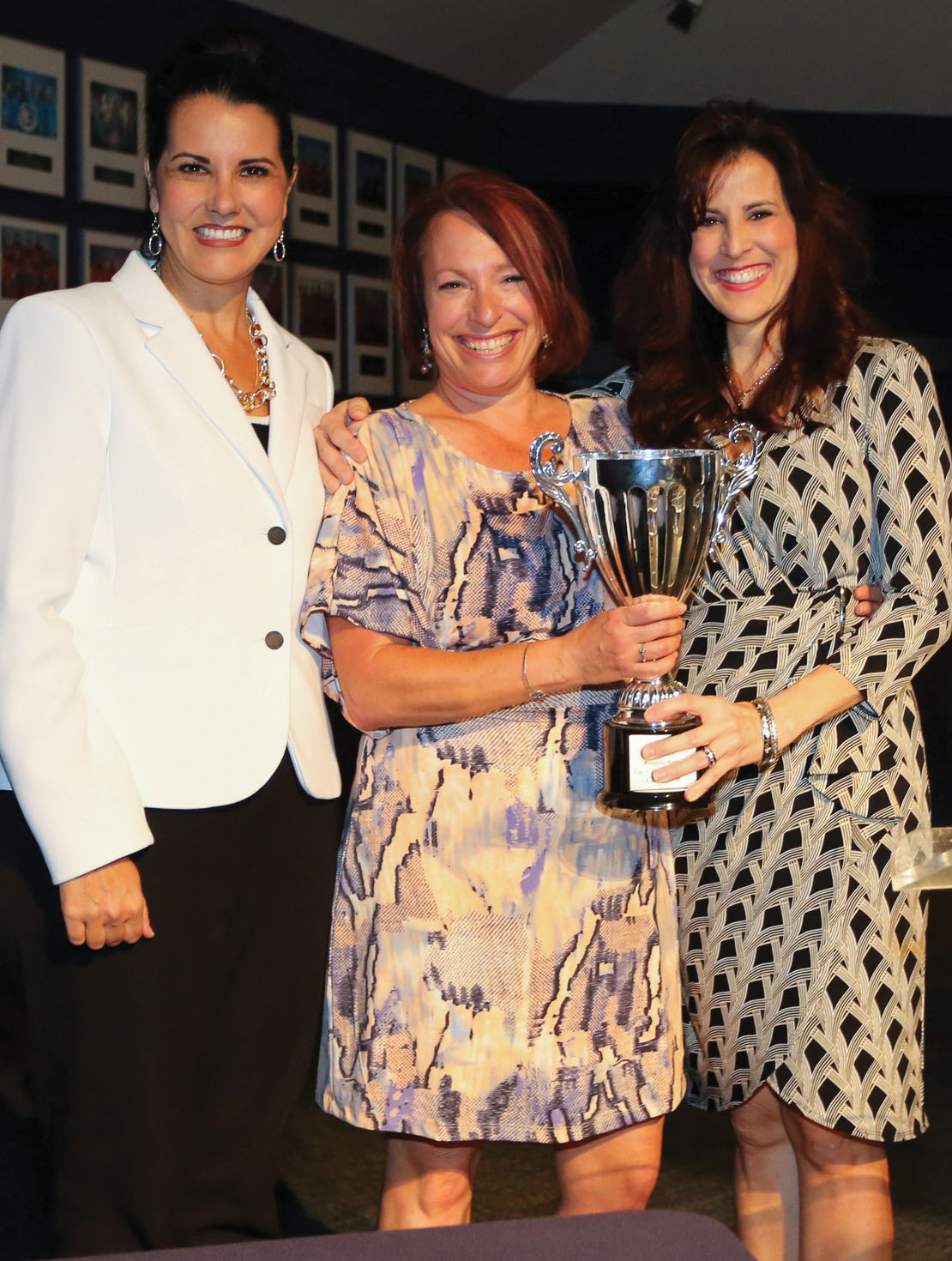 “The district’s Automotive Technology Program is a shining example of success in reaching our goal of ensuring our students are college and/or career ready by the time they graduate,” he said, going on to explain how Advisory Board members lend their experience, resources and, most importantly, real-world opportunities to students, building the bridge from high school to a career.

Automotive Technology Advisory Board members also invested countless hours to help the program acquire and maintain the National Automotive Technicians Education Foundation certification, mentoring students in their businesses, and providing input on best practices to bring the curriculum to life.

Members also offer paid internships for students, and in some cases, have even provided assistance with college tuition. The following are members of the CCISD Automotive Technology Advisory Board who were recognized: 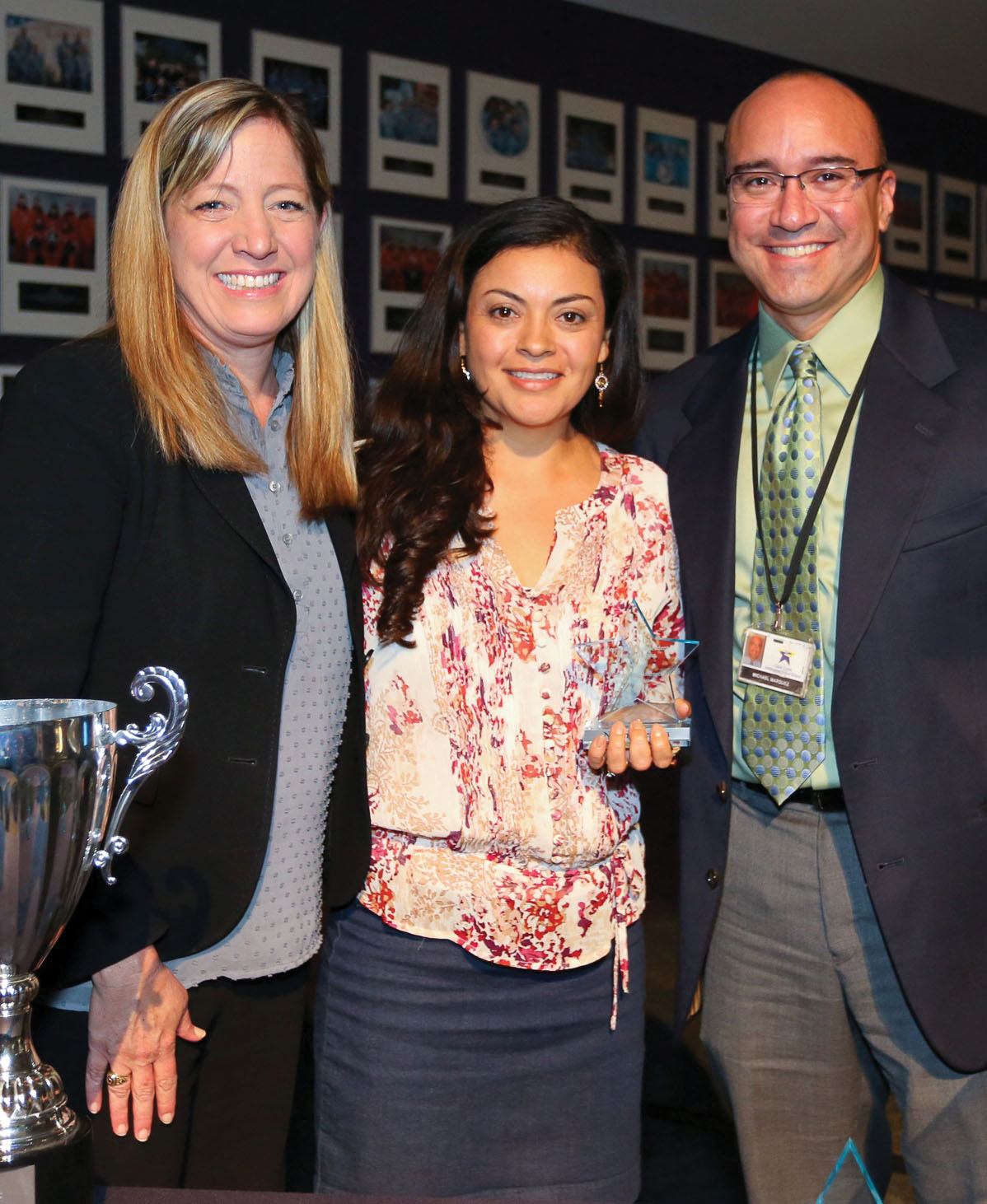 CCISD Assistant Superintendent of Elementary Education Holly Hughes, from left, announces that Norma Herrera of McWhirter Elementary is the Elementary Volunteer of the Year as McWhirter Principal Dr. Michael Marquez looks on.

The Elementary and Secondary Volunteers of the Year were then announced from a pool of 44 campus volunteers who were each nominated by the school they primarily support.

North Pointe Elementary School was named the Volunteer Champion Campus as it collectively logged the most volunteer hours in CCISD this school year.