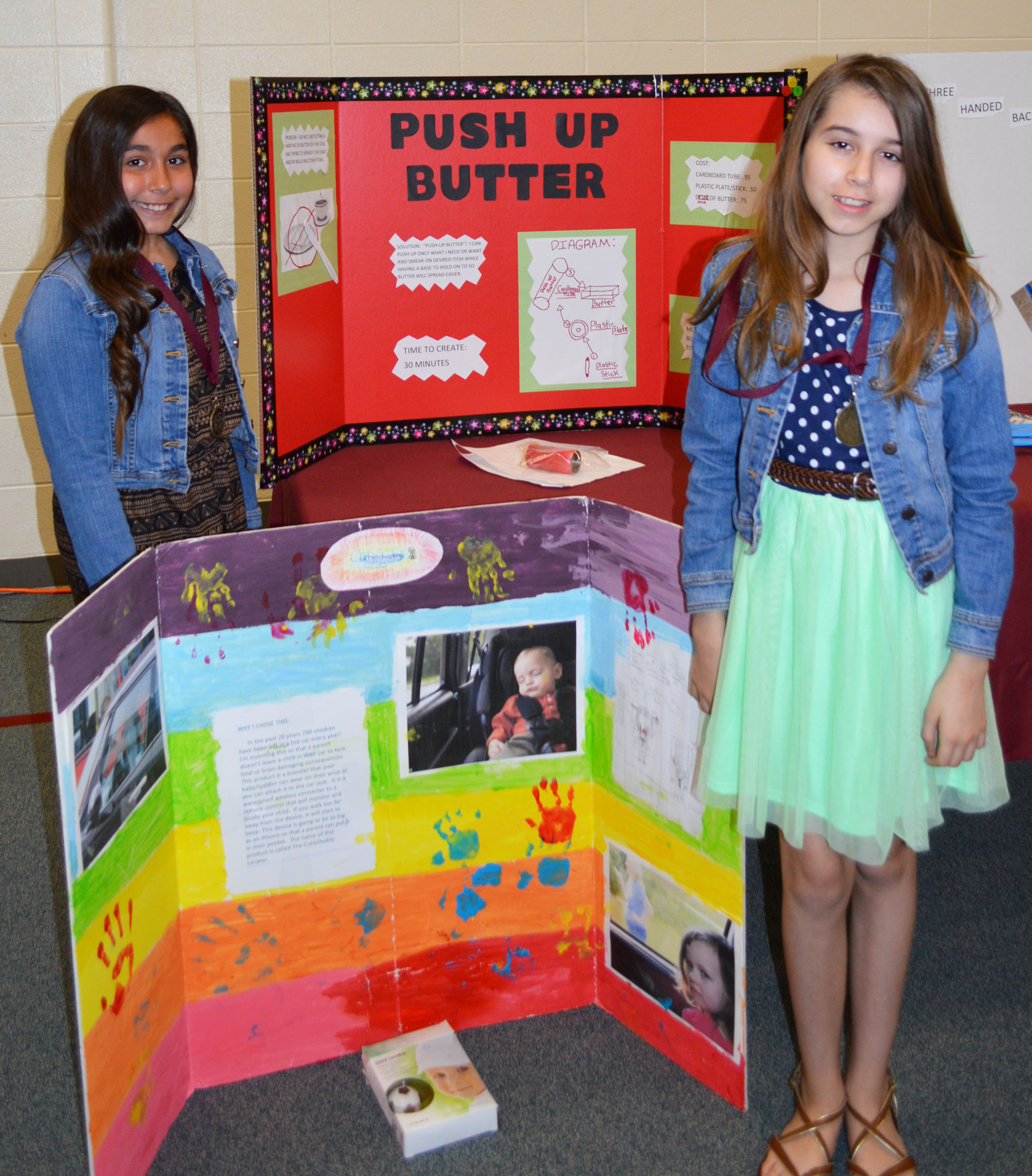 League City elementary students Lola Rocha and Trinity Colorado are honored by the Houston Inventors Association for their creative inventions.

Two students from League City Elementary in Clear Creek ISD were recently honored by the Houston Inventors Association in front of the entire school and their families for their creative inventions. Fourth grader Lola Rocha and fifth grader Trinity Colorado were both awarded either a patent or trademark application scholarship which will be underwritten by the Eldredge Law Firm in Fort Worth.

In collaboration with Bay Area Houston Economic Partnership’s Space Alliance Technology Outreach Program and the National Innovation Association, representatives from the Houston Inventors Association surprised the students with these scholarships after carefully reviewing all of the school entries.

Lola received the patent scholarship for her Push-Up Butter creation , which makes it easier to spread butter on toast. Trinity received a scholarship to trademark the name of her invention, the CutieDudey Locator, which is a bracelet for children that allows parents to monitor and locate them if needed on a separate device.

“The inventions were originally created for League City Elementary and CCISD’s first Inventor Showcase that we introduced back in January,” said Principal Xan Wood. “We wanted to give our students the opportunity to show off their creativity and problem solving skills. We were completely blown away by the remarkable inventions that were entered into the showcase, and I am thrilled that Lola and Trinity’s hard work is being recognized by these wonderful associations. We are so proud of all of our Mustangs that participated.”

Three of the students who participated at League City Elementary will also be competing in the 28th Annual Young Inventors Showcase at the University of Houston on May 21. Lola Rocha, Lauren Nguyen, and Jorge Ramon will be competing against students in kindergarten through eighth grade from across the Houston area for a chance to win a patent for their inventions.

The Houston Inventors Association has been around for 33 years and is the largest inventors group in America. They strive to empower people of all ages to follow their dreams and provide them with resources to get their ideas set in motion. By recognizing and rewarding Lola and Trinity with the patent and trademark application scholarships, they create the possibility of their inventions potentially driving revenue for them in the future. This could open many doors for the young inventors, including paying for their college education when they are still in middle school. In the words of the HIA representatives, they will just have to continue asking themselves, “What if?”