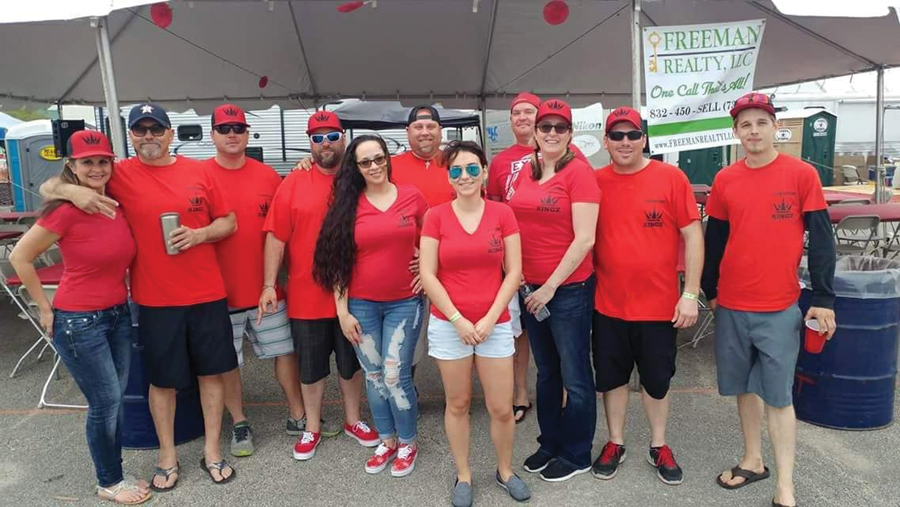 The Guinness World Record awarded, biggest crawfish bash in the world, is happening right here south of Houston, near the Clear Lake area! The Big Ass Crawfish Bash, held at Gulf Greyhound Park in Texas City, set the record in 2017 for serving over 58,000 pounds of mud bugs in eight hours.

Julie, along with husband Brian and long-time friend Paul Burrow, own the name, and are now selling their crawdads at the Kemah and Texas City locations of Stuttgarden.

The entire event includes all-you-can-eat crawfish, for the price that you pay for the wristband to get in, and with 80-plus cook off teams, everyone in attendance should be able to get their fill of the southern favorite.

“It’s a lot, a lot of crawfish in a little bit of time,” Julie said, “You get access to every crawfish tent, nobody can charge you for anything. The only thing that is extra are the vendors up front with the carnival foods and the beer people.”

Krawfish Kingz will be one of the many teams in competition, for their third year in a row. Their recipe landed them in the top 15 last year, and they are hopeful to make an even bigger splash this year.

“We got somewhere between 10th and 15th cause they only call out nine and under,” Julie said. “We’re guessing for your second year that’s pretty good, and we’re hoping to get our name called this year, and get a little more recognition.”

They will be set up at tents 29 and 30, the same place they were positioned last year, which should make it easy for those wanting to track them down again.

Whether or not you get the chance to make it out to this major mud bug madness, you will still be able to get a taste of the Krawfish Kingz fiery favorite. Their crawdads are available at the Stuttgarden restaurants in Kemah and Texas City on the weekends.

“Really, it’s something we do cause we love to do it,” Julie said.

So whether you are a fan of crawfish, or looking for a new seafood flavor to delve into, the Big Ass Crawfish Bash will take place on Saturday, April 20 out at Gulf Greyhound park in La Marque.

Overflow parking will be at Mall of the Mainland and a Shuttle will be taking patrons to the event grounds. Visit www.bigasscrawfishbash.com for more information.