Nassau Bay is undating its zoning ordinances in an effort to make the city more developer friendly, combining its two commercial zones into one.

No residential changes were made. 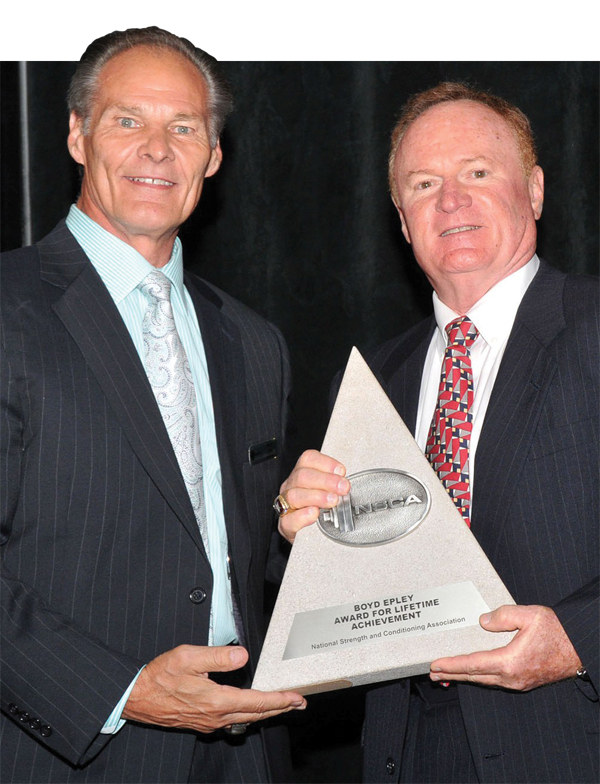 Retired University of Houston-Clear Lake Professor of Fitness and Human Performance A. Eugene Coleman has been awarded the Boyd Epley Award for Lifetime Achievement by the National Strength and Conditioning Association. He received the award at NSCA’s 36th National Conference in Las Vegas.

Coleman earned this honor in recognition of excellence in exhibiting historical impact, achievements and dedication to the association throughout his career.

Coleman joined UH-Clear Lake in 1978 and helped create and grow the Fitness and Human Performance program for the School of Human Sciences and Humanities. His work with NASA’s Astronaut Training Manual and the Houston Astros contributed to this prestigious honor. He retired from the university in July.

The Mundy Companies have been named 2013 Industry of the Year by the Pasadena Chamber of Commerce. The recognition came at a special chamber luncheon.

The firm, privately owned by David Mundy and Shane Burder, has more than 4,000 employees and is headquartered in Houston, with offices in Pasadena, Nederland, Ingleside and Gonzales.

Shell Oil has agreed to resolve alleged violations of the Clear Air Act at its large refinery and chemical plant in its 1,500-acre complex in Deer Park by spending at least $115 million to control harmful air pollution from industrial flares and other processes, the Department of Justice and the U.S. Environmental Protection Agency announced.

Shell also agreed to pay a $2.6 million civil penalty and spend $1 million on a state-of-the-art system to monitor benzene levels at the fence line of the refinery and chemical plant near a residential neighborhood and school and  to make the data available to the public through a website.

Shell will spend $100 million on innovative technology to reduce harmful air pollution from industrial flares, which are devices used to burn waste gases. Once fully implemented, the pollution controls required by the settlement will reduce harmful air emissions of sulfur dioxide, volatile organic compounds including benzene and other hazardous air pollutants by an estimated 4,550 tons or more per year. These controls will also reduce emissions of greenhouse gases by approximately 260,000 tons per year. 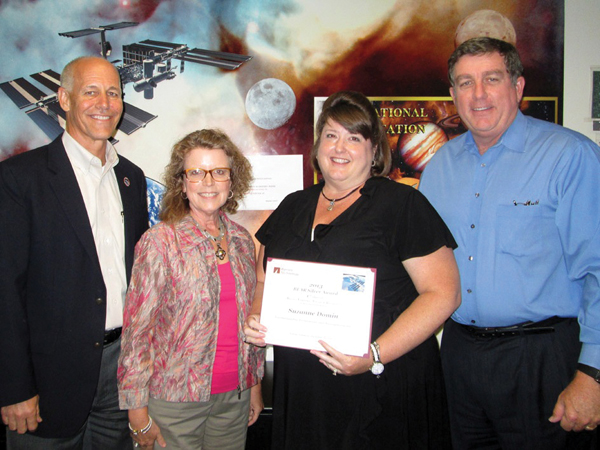 Barrios Technology recognized five of its employees with the quarterly Silver BEAR Award.  Each of these employees provided a high level of expertise in their jobs supporting NASA’s Johnson Space Center and the International Space Station program.

NASA has achieved a major milestone in its effort to build the nation’s next heavy-lift launch vehicle by successfully completing the Space Launch System (SLS) preliminary design review.

Senior experts and engineers from across the agency concluded that the design, associated production and ground support plans for the SLS heavy-lift rocket are technically and programmatically capable of fulfilling the launch vehicle’s mission objectives.

NASA is developing the SLS and Orion spacecraft to provide an entirely new capability for human exploration beyond low-Earth orbit, with the flexibility to launch spacecraft for crew and cargo missions, including to an asteroid and Mars.

NASA Deputy Administrator Lori Garver is leaving the space agency to become the new general manager of the Air Line Pilots Association, the largest airline pilot union in the world which represents more than 50,000 pilots at 33 U.S. and Canadian airlines.

In expressing his regrets over losing his “co-pilot,” NASA Administrator Charles Bolden said she would be in charge of ALPA’s day-to-day operations and responsible for managing its 300-person staff. Her last day with NASA will be Sept. 6.