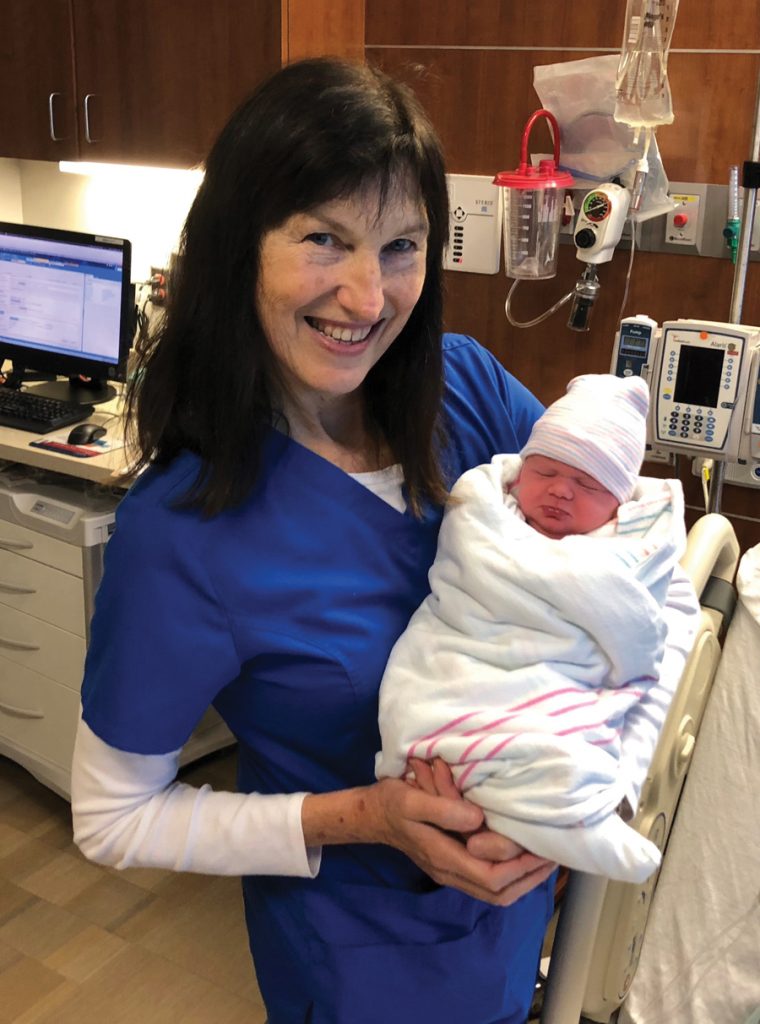 Before entering medical school, Dr. Peggy Taylor, an obstetrician-gynecologist at Houston Methodist Clear Lake Hospital, told her father, a cardiologist, that she wanted to be an obstetrician. He warned her that it was a challenging life – with long hours and unpredictable schedules.

But Taylor was convinced she wanted a medical career that focused on health and life rather than illness. And as a young resident, in the emotional moments after she delivered her first baby, she knew she had made the right decision.

“My heart was pounding and I was scared,” she remembers. “But when I heard that baby cry and saw its first breath of life, I was overcome with emotion. I knew this was what I wanted to do.”

That first delivery was more than 30 years ago. Since then, Taylor estimates she’s delivered 8,000 to 10,000 babies – including two sets of triplets – in her memorable career as one of the Clear Lake area’s most popular obstetrician-gynecologists.

This past November, however, Taylor delivered her final baby and entered the next phase of her life, retirement.

“My dad was right about the long hours, but I have sincerely enjoyed every single day,” she says. “It’s been a wonderful experience and I wouldn’t change a thing.”

The circle of life

Over the years, many of the babies Taylor delivered grew up to have babies of their own, and Taylor was often their obstetrician as well.

“I have a special connection to so many of my patients’ families because I’ve cared for multiple generations as their gynecologist, obstetrician or both,” she says. “I had some families where I saw the grandmother, the mother and the daughter. That’s the full circle of life.”

One of those multi-generational patients is Kathie Fenn of League City, whose daughter Katie was delivered by Taylor. Katie, in turn, relied on Taylor to deliver her children. In total, Taylor delivered two of Fenn’s four children and three of her grandchildren.

“Peggy is the most positive, sweetest person I know,” says Fenn. “She has such a gentle spirit and excellent bedside manner, and even in the most challenging times, she has this amazing attitude. I am going to miss her.”

Fenn remembers running into Taylor from time to time at school events or while shopping, and she was always impressed with her down-to-earth manner.“She is more like a friend than a physician,” Fenn says.

Out of this world care

One of Taylor’s most unusual deliveries took place in 2004, when her patient Renita Fincke – wife of NASA astronaut Michael Fincke – was due with the couple’s second child.

Renita’s due date was in June, just a few months before Michael’s first space flight, scheduled for October. But a change in NASA’s plans meant that Michael’s mission commenced in April – leaving Renita alone for her delivery.

“We all knew Dr. Taylor would take great care of me, but NASA wanted to make sure I had all the support I needed, so they put together a team they called ‘Operation Summer Stork,’” recalls Renita.

With Michael orbiting the Earth – in the midst of a 187-day mission on the International Space Station – Renita went into labor before her planned inducement day and the team, led by Taylor, sprung into action.

With Michael connected via phone, Renita and a friend described the scene as baby Tarali was born, making history in the process – Michael was the first NASA astronaut to celebrate the birth of a child while in space. He later got to see his daughter for the first time on videoconference call.

“Dr. Taylor was so fantastic throughout the whole process,” says Renita. “She was with me every step of the way. She is so caring and confident; I always felt she could handle anything. I wish her all the best in her retirement.”

Now that she is retired, Taylor wants to spend more time with her family, and visit her five grandchildren in Colorado and North Carolina as often as possible.

Looking back, she is thankful for her colleagues, Dr. Patricia Choy and Dr. Shree Visaria, who have been in practice with her for many years and who are taking over for many of her patients at Houston Methodist Obstetrics & Gynecology Associates in Nassau Bay.

And she is especially appreciative of her husband Ed, who shouldered so much of the family’s responsibilities during her late nights and long shifts at the hospital. “His support was instrumental,” she says.

And yes, she’s sad to leave it all behind. But she is grateful for the confidence her patients placed in her.

“My patients trusted me with their lives, and with their babies’ lives,” she says. “I have so many good memories.”