Baytown is at the Epicenter of New Growth 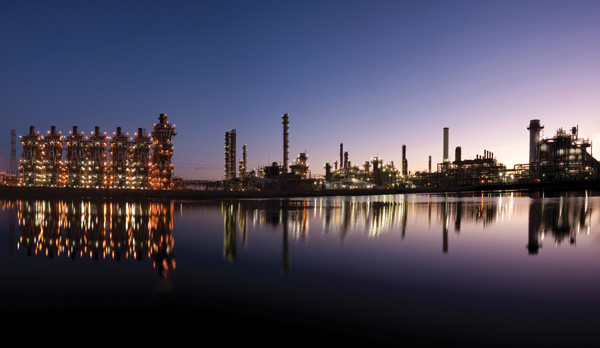 There’s an economic boom coming to the Texas Gulf Coast, and Baytown is the epicenter.

Plant expansions, the retirement of long-time employees, growth in healthcare and the maritime industry are pushing Baytown to the forefront as one of the nation’s fastest growing and most prosperous regions.

According to B.J. Simon of the Baytown-West Chambers Economic Development Foundation, new construction and expansion projects in Baytown and Mont Belvieu represent $10 to $13 billion of capital investment that will create nearly 22,000 construction jobs and add 1,100 permanent jobs over the next decade. These numbers do not take into account the number of openings due to retiring baby boomers or the increased workforce required for plant maintenance and turnarounds.

The region is facing a similar situation in the healthcare industry. According to the Community College Times, the demand for healthcare support paraprofessionals will increase by 30 percent by 2020.  More than 40 percent of these jobs require a postsecondary vocational certificate or associate degree.  Reports say healthcare is poised to be the largest industry in the Greater Houston area.

Similar challenges exist in maritime and logistics.  With the completion of the expansion of the Panama Canal in 2014, the Port of Houston is projected to grow exponentially and continue to attract new business to the region. 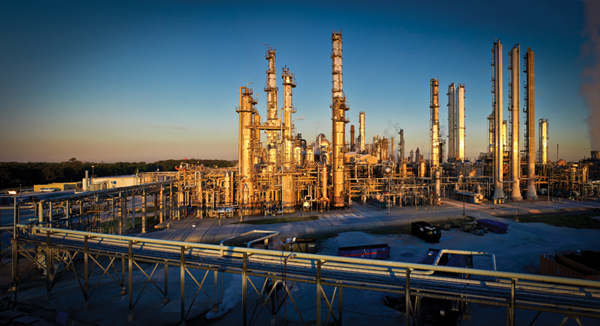 For Baytown, the dynamic is petrochemical plant expansions, caused by advances in fracking technology which allows companies to recover more oil and gas from fields where drilling was once not economically feasible.

New fracking processes have reduced the cost of feedstock, the raw materials a company has to buy to make its products. With the decrease, worldwide attention has moved to building new facilities in the United States, where it had previously been in the Middle East or China.

The result is almost a revolution in the energy market and the overall petrochemical industry in the United States.

Producers Get the Message

Baytown petrochemical facilities are adding capacity to take advantage of the opportunity afforded by new technology.

Already ExxonMobil and Bayer of Baytown, and Chevron Phillip Chemical Cedar Bayou have announced major additions, and more are soon to follow. 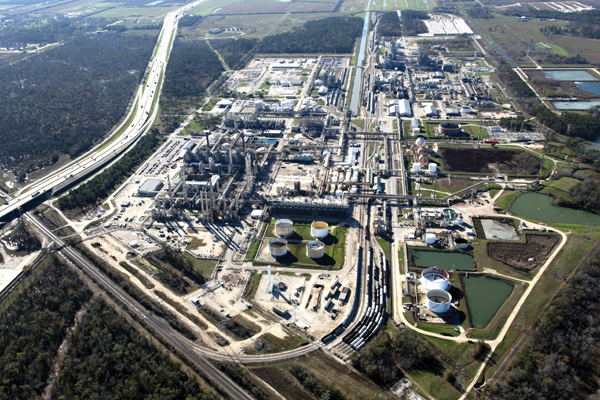 The project is expected to create 400 long-term direct jobs and 10,000 temporary engineering and construction jobs, with about half at the Cedar Bayou plant. At the peak of construction, Cedar Bayou expects up to 4,000 contract workers at its site.

ExxonMobil’s proposed expansion would create 10,000 construction jobs and add around 350 permanent jobs to the company’s workforce of 6,500 full-time and contractors in the Baytown area. The company will await the results of the permitting and environmental impact studies before making a final decision whether to proceed.

According to Baytown Chemical Plant Manager Joe Blommaert, the effect could mean an additional 3,800 jobs in the local community, and an increase in regional economic activity by $870 million per year. The plan has filed permits for construction with the U.S. Environmental Protection Agency and the Texas Commission on Environmental Quality in anticipation of a 2016 start-up.

Bayer has already completed various upgrades and expansions to many of its units in Baytown at a cost of about $140 million, says Plant Manager Rod Herrick. The result is more than 1,400 short-term assignments and support of the existing 1,000-employee workforce. 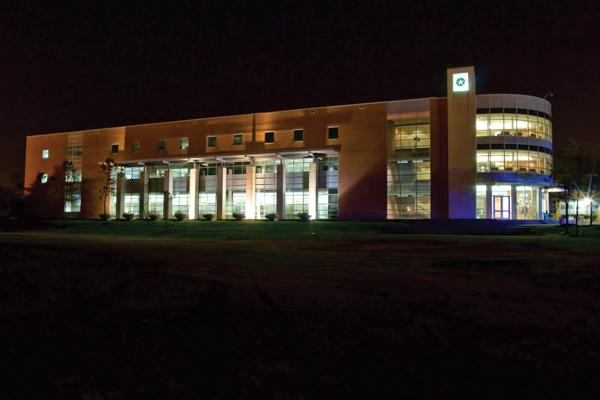 The forecast has regional leaders working together to address the challenges of sudden and expansive growth. A Workforce Preparedness Partnership, composed of industry, city, college and public school leaders, has been meeting for more than eight months to develop plans to meet the challenge.

The influx of workers will require housing for their families, schools for their children, grocery stores, entertainment outlets, and more.

And new skills. Lee College is taking a multi-faceted approach to training the large number of workers needed for these expanding industries. Because there is a shortage of skilled workers for the petrochemical industry — and tremendous competition for workers across the Texas and Louisiana Gulf Coast — the college is “thinking locally” to inform and train a new generation of workers already living in the area. 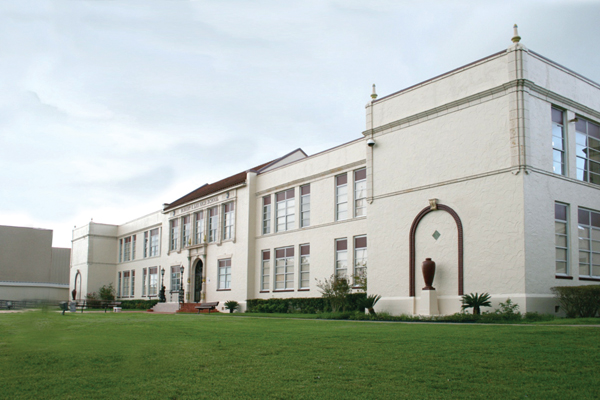 Many of Lee’s technical programs are now at capacity for evening classes, even turning away students because of limited classroom and lab space. Such programs are process technology, instrumentation, electrical technology, welding, pipefitting, drafting, engineering technology, and industrial systems technology (machining and millwright).

Using existing resources as well as funding from grants, the college is expanding these in-demand credit programs. In addition, there are opportunities to expand non-credit training and services to business and industry. Services will include short-term, targeted training for incumbent workers, non-credit, industry recognized certificates/credentials, internships, assessments, pre-employment testing, and consulting.

In 2012, Lee College announced the opening of its new Center for Workforce and Community Development. The center brings together existing programs that have a rich history of service to business and industry. This streamlined, efficient approach to workforce training will help the college better attract potential workers and provide relevant skillsets for existing employees. 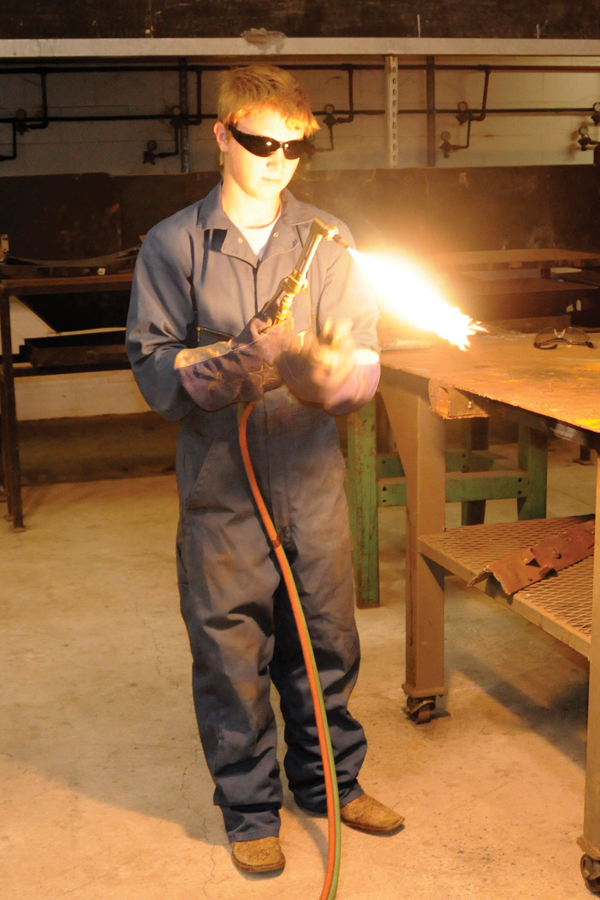 Updating facilities and expanding capacity for training was the primary reason regents placed a $40 million bond referendum before voters in May.

Likewise, Goose Creek Consolidated Independent School District placed a $240 million referendum on the May ballot, primarily to add new schools and update existing facilities in anticipation of a huge influx of new families.

When will the wave of new workers hit Baytown? Already the pressure is being felt as new construction jobs are posted and young graduates enroll in college workforce classes. But the region will look entirely different in another 12 to 18 months when thousands of construction workers will be hard at work changing the footprint of some of the largest and most productive petrochemical plants in the nation, located in Baytown.

It will be Baytown’s “day in the sun,” with opportunities for prosperity and growth that are sure to transform the region’s landscape for generations to come.

3 Commentss to “Baytown is at the Epicenter of New Growth”