Bay Area couple experiences the spiritual side of healing 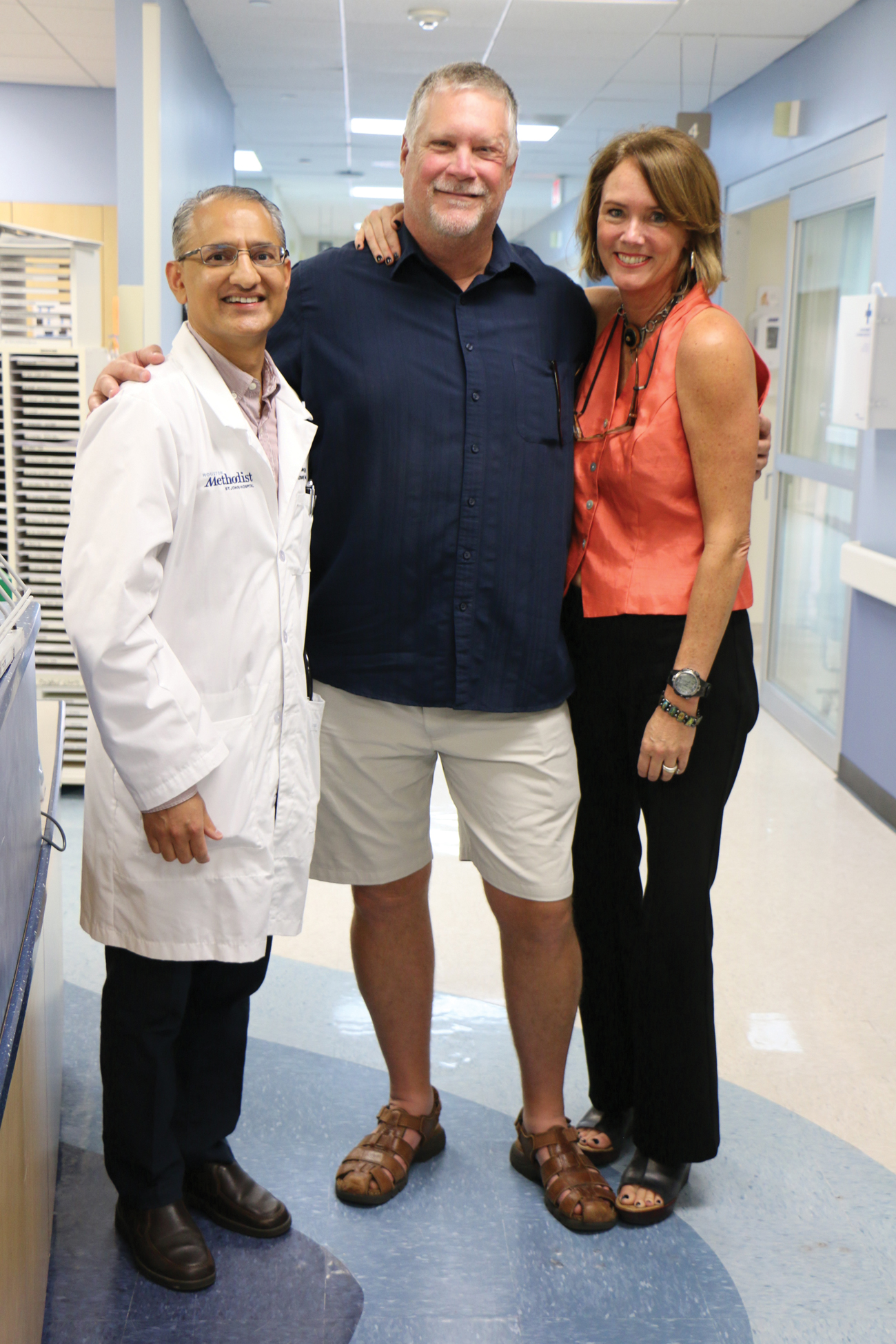 Curtis Dishman did not want to go to the emergency room.

The Seabrook resident began experiencing back pain in late June, and it quickly escalated to the point of agony. His wife, Lisa, convinced him to go to the emergency room at Houston Methodist St. John Hospital. As soon as they walked through the doors, Curtis collapsed on all fours, unable to stand any longer due to unbearable back pain.

Before Lisa knew what was happening, staff members had lifted her husband into a wheelchair, and nurses took him back to an exam room, where they helped him onto a bed so he could lay on his side and relieve some of the pain. Only after he was stable and resting did anyone ask Lisa about registering.

“I was so impressed with the staff and the way they responded,” she said. “Curtis was clearly in a lot of pain and everyone’s first instinct was to make him as comfortable as possible rather than ask about his insurance. That doesn’t happen everywhere, and it says a lot about Houston Methodist St. John and its mission.”

Dr. Sandeep Duggal was the emergency room physician who cared for Curtis that day. Duggal not only treated Curtis, he also held hands and prayed with the Dishmans.

“Dr. Duggal’s care was above and beyond what we expected,” Lisa said. “It’s clear that he really cares about people, and is passionate about his profession. He spent a lot of time with us, answered all our questions and reassured us that Curtis had made the right decision to come in. And, he checked back with us several times to make certain that the pain medication was working properly before we were released.”

Curtis’ primary nurse stayed with the couple throughout the ordeal, explaining each step in the treatment process and continually reassuring Curtis that he was in good hands.

“Our nurse was amazing,” Lisa said. “Not just in terms of the care he provided, but also in his knowledge of back pain and the best approach for Curtis going forward. We are so grateful to him for his assistance that day.”

The entire experience convinced Curtis and Lisa that Houston Methodist St. John Hospital is no ordinary hospital. At one point, she explains, a woman came on the hospital’s public address system and asked everyone to pause for a moment and join her in a non-denominational prayer.

“God is all around that hospital, and it isn’t handled in an apologetic manner, like the institution is trying not to be offensive,” Lisa said. “The spiritual side of healing is present in the way the staff interacts with patients and family members, and both Curtis and I felt it very deeply in our hearts.”

Houston Methodist St. John Hospital’s commitment to spiritual care is embedded into every activity. The Department of Spiritual Care and Values Integration, led by Dick Maddox, oversees a number of programs and services that provide patients and family members with around-the-clock resources and support. For many patients, that attention to the spiritual side of healing sets Houston Methodist St. John apart from other care facilities.

When the pain medication administered by Duggal began working, and Curtis was able to walk again, the Dishmans went home. Curtis, a veteran of three back surgeries, made an appointment to see his regular physician that next week for ongoing care. But the couple will never forget that morning at Houston Methodist St. John Hospital.

“It was so hard to see Curtis in such pain,” said Lisa. “But the way everyone responded to us – in such a genuine, wholehearted manner – made the experience so much easier. We left feeling so thankful that we have a hospital like Houston Methodist St. John here in our community.”