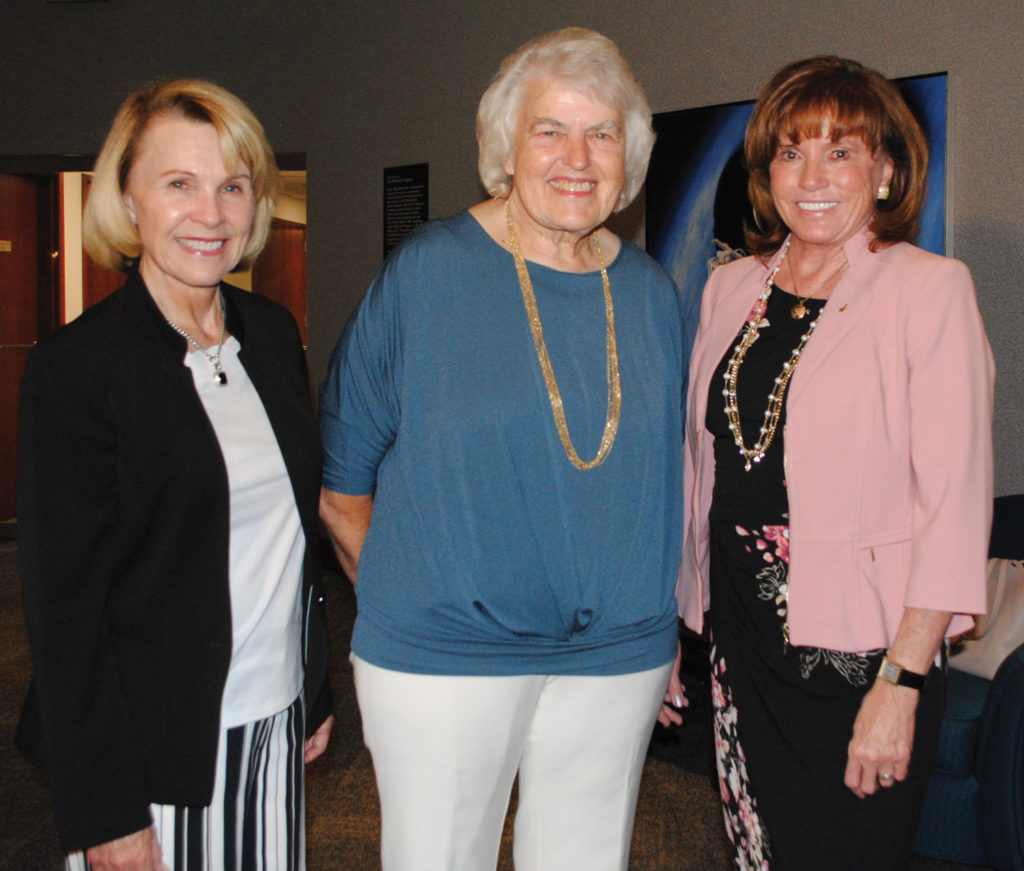 All three were among the first six women NASA invited to be astronauts — members of the astronaut class of January 1978, which became known in space circles as “the 35 new guys.”

TREATED EQUALLY
Prior to the program, the trio met with members of the press, who asked a variety of questions, including if they were treated equally with the male astronauts and about memorable moments in their careers.

While many women today can recall not receiving equal pay or equal treatment with their male counterparts in the workplace in earlier years, all three retired astronauts agreed they had no complaints about NASA. In fact, they thought the space agency bent over backwards to see they got excellent treatment.

“I think we all wondered at first if they would give us a chance,” Seddon said. They had never (sent women into space), and they wanted to take a chance, she explained.

Lucid went on to tell how all the women were a little nervous when Ride became the first woman to fly in space. “So much depended on how well she did.” All three thought she did quite well while also inspiring women all over the country to go into science and engineering fields.

Since then, it’s been amazing to see how many women have joined NASA, they all agreed. In the old days, almost all aerospace employees were men, Fisher said. Today it’s about 50-50 and from all different ethnic backgrounds.

HAPPY MEMORIES
All three also shared a memorable moment while in space.

Lucid remembered the enjoyment of “just floating around at the end of the day” when all their work was done, while many came to Fisher’s mind such as “looking out the window at the Himolayans” and at the end of a successful space journey.

Seddon recalled having a ham radio on board which allowed her to communicate with the school children in her young son’s class. As their talk came to an end and she thought all communication had been terminated, she heard a click and then a small voice that said, “I love you Mom. Have a safe trip home.” You could almost feel the lump in her throat as she shared that long ago special moment.

“It still boggles my mind that we went and quit.” she said.

She, like everyone in the space community, is hopeful President Trump will continue the push to return to the moon and get on to Mars.