Everywhere you go around the Bay Area, new buildings are going up, new businesses are opening and hundreds of homes are being built as we bid farewell to what was once a weak economy.

Clear Lake City got some welcome news this fall when Universal Weather and Aviation purchased the 158,600 square-foot building at 1150 Gemini that formerly housed United Space Alliance and announced plans to relocate its world headquarters and some 700 employees from the Hobby Airport area.

It was one of a number of new businesses locating in Clear Lake, including the Cheesecake Factory which built a facility across from Macy’s at Baybrook Mall, H&M, See’s Candles, Qdorba Mexican Grill and Wolfies. Meanwhile, the $50 million, 117,000-square-foot Coast Guard headquarters at Ellington Field is moving right along and expected to be completed in June to house more than 300 personnel. It is one of several new facilities on the drawing board or under construction at Ellington.

Deer Park, founded in 1892, celebrated its 120th anniversary this year while adding several new businesses. Among them is its new Chick-fil-A, which is now the company’s No. 1 franchise in the country, serving some 2,000 customers each day.

Galveston’s University of Texas Medical Branch at Galveston began construction in April on the new $438 million Jennie Sealy Hospital, with completion expected in 2015.

The new facility on the site of the Jennie Sealy Building, which was demolished, will have 310 patient rooms, including 54 ICU beds, a surgery unit and 20 operating suites.

Kemah is currently working on plans for a 30-acre tract fronting on Galveston Bay between FM 518 and League City Parkway that possibly will include an upscale resort hotel and convention center, plus recreational facilities.

Other new businesses under construction include the restaurant Skallywags at Sixth and Bradford¸and the Human Maze amusement at Bradford, between Fourth and Fifth Streets.

The city also has approved a plat for an ALDI market on FM 518, and just held
the first public hearing on annexation of the site.

League City celebrated its 50th anniversary as a municipality with a big gala at South Shore Harbour Resort while Helen Hall Library marked its 40th anniversary. Highlights of its year included the renovation of City Hall, start of construction of a new public safety building across the street, and expansion of UTMB’s Victory Lakes complex.

The Galveston County municipality took the unusual step of moving its May city elections to November, hoping for a bigger turnout. It worked as some 27,000 voted during the presidential election, compared with 4,400 in the previous mayoral and city council elections in May. During the year, League City also got a new city manager, Mike Loftin, and League City Police Capt. Mike Kramm was named police chief.

Nassau Bay seems be adding a new business every week as its $150 million Nassau Bay Town Square project keeps growing and growing. The development’s centerpiece, the 124-room Courtyard by Marriott, opened in July and another piece of the pie is under way across from the first commercial wing that includes a bank, several restaurants and eateries and the offices of Bay Area Houston Economic Partnership.

The newest addition to the square, which ultimately will create about 495 jobs, sits in front of one of four office buildings offering 600,000 square feet of space planned for the site. A 27,000-square-foot conference center also is planned. The city provided the infrastructure for the 31-acre development with a $2.5 million federal grant. 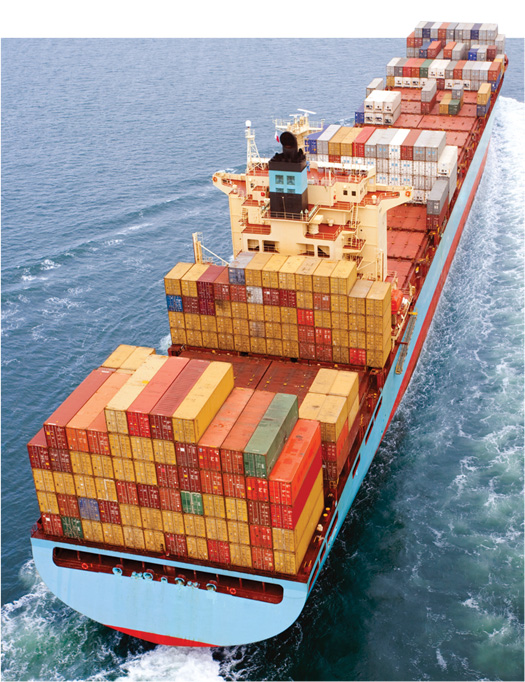 Pasadena is home to the Port of Houston, one of the world’s busiest ports and a large and vibrant component of the regional economy with cargo terminals at Bayport and Barbour’s Cut, just north of Seabrook.  A 2012 study by Martin Associates says ship channel-related businesses contribute 1,026,820 jobs throughout Texas, up from more than 785,000 jobs cited in a 2007 study. Additionally, more than $4.5 billion in state and local tax revenues are generated by business activities related to the port, up from $3.7 billion.

Its Bayport Industrial District is home to a $15 billion petrochemical complex, the largest in the nation and second largest in the world. About 100 steamship lines offer service linking the Houston area with 1,053 ports in 203 countries. The ship channel also intersects a very busy barge traffic lane, the Gulf Intracoastal Waterway.

Late in 2012 it was announced that Princess Cruise Lines and Norwegian Cruise Lines have signed up to sail to the Caribbean from the Bayport Cruise Terminal, starting the latter part of this year.

Plans also are under way to add two new medical facilities – the $11 million Medical Resort at Bay Area, a skilled nursing facility that will employ about 200, and the 32-bed Pristine Hospital, an acute care facility employing 150.

Pasadena also continued to add new businesses and more traffic. So it began paving the way to a smoother tomorrow by updating Fairmont Parkway, adding a lane in each direction between Beltway 8 and Space Center Boulevard – the first of four projects along the busy roadway.

Texas City is now home of Tanger Outlet Mall and its dozens of stores on I-45 and Holland Road, drawing big crowds for its opening this fall.

Webster is just bustling with activity. With the rebuild of El Camino Real from Bay Area to NASA Parkway now complete, the city is turning its attention to its new $5.5 million fire station under construction on Highway 3 next to the City Hall. The 22,860-square-foot facility, being built to withstand winds of 149 miles per hour, is expected to be finished this spring.

The city also has two massive medical projects under way.

Clear Lake Regional Medical Center has a $92 million expansion program under way next to its 595-bed hospital, building a 154,470 square foot tower that will include a 30-bed adult ICU and state-of-the-art operating rooms.

And, work on the new $160 million, 176-bed Bay Area Regional Medical Center at the corner of Blossom Street and Highway 3 with a late 2013 opening expected, along with a 674-space parking garage.