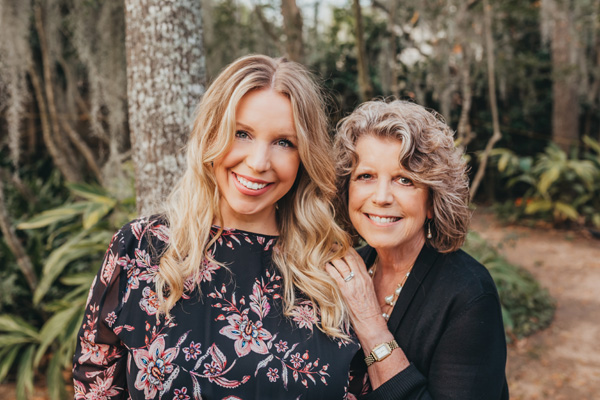 Barrios Technology, one of Houston’s largest woman-owned businesses and a NASA prime contractor, has named Kelly Page as the company’s new president. While Kelly assumes majority ownership interest in the family-owned business, Sandy Johnson, Kelly’s mother and one of the founders of Barrios, remains as CEO, chairman of the board, and a major shareholder. A minority interest in the company is held by Lori Mallini, Kelly’s sister – continuing Barrios’ legacy as a family and woman-owned business.

Kelly joined Barrios full-time in 2006, after earning her Bachelor of Science degree from the University of Houston. She started her aerospace career supporting the International Space Station Program in numerous technical roles including console support for space shuttle and space station missions. Her NASA customer recognized her with the prestigious Silver Snoopy award for her leadership of the Crew Time Working Group, resulting in record-breaking hours devoted to research onboard the orbiting laboratory.

As president, Kelly is responsible for the implementation of Barrios 2025 – the company’s strategic vision for the future. She also provides overall direction and day-to-day leadership of Barrios’ operations, corporate administration, and business development functions, each led by a vice president direct report. Kelly is active in her community, supporting United Way of Greater Houston and underprivileged students in local schools. Away from the office she can be found enjoying the local parks with her husband and three young sons and traveling with her family.

According to Sandy Johnson, “Keeping Barrios within the family was always my goal and I was so happy when Kelly decided to join the company after her initial career in the hospitality industry. She exceeded even this proud mother’s expectations by excelling in her technical and management positions. After leading Barrios for three decades, the time is right for me to pass the torch to my daughter and allow her to set the vision for our future. I look forward to seeing where Kelly takes the company.”

Kelly adds, “I am excited for this opportunity to lead the Barrios Team to continue to achieve great things.  I look forward to expanding into commercial space and new markets while sustaining the level of excellence our employees, customers and community have grown to expect. It excites me to lead Barrios in what we have established as our purpose; passionately advancing humanity, on and off the planet, with innovative technology integration solutions.”

Robert McAfoos, who served as president for a number of years during the leadership transition from Sandy to Kelly, remains with Barrios as vice president of Engineering Technical Services. In this role, Robbie provides executive leadership to the program and project management teams responsible for delivery of products and services to aerospace prime contractors. He is also the executive sponsor of Barrios’ systems engineering services provided to industries outside of the aerospace market.