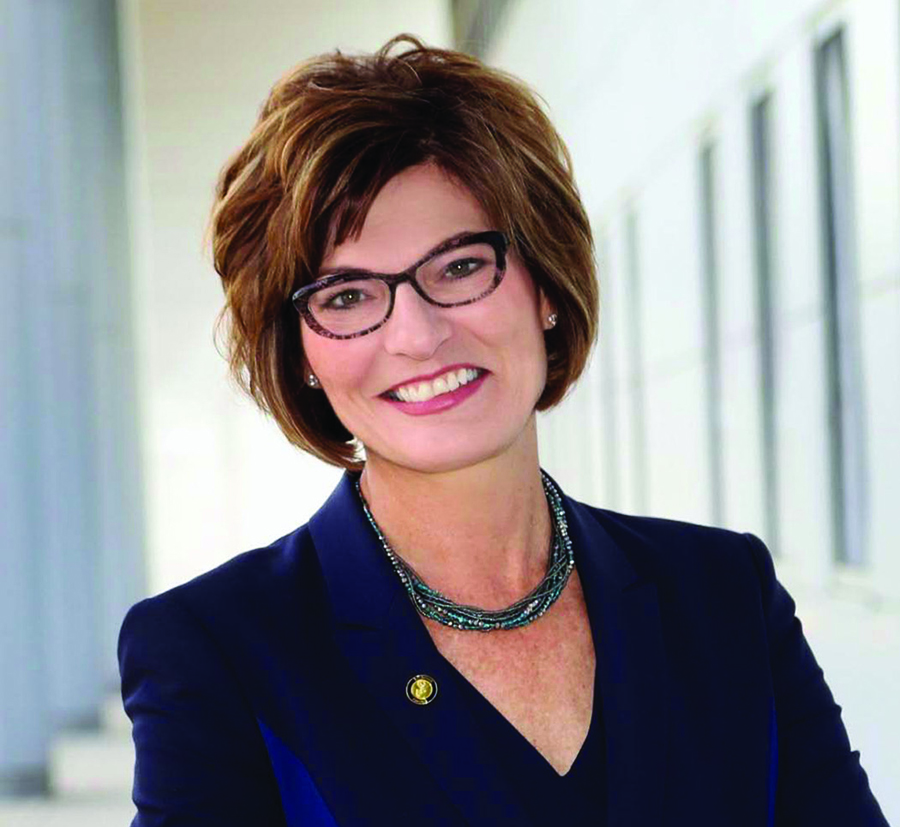 January is celebrated the world over as a time of new beginnings, fresh starts, do-overs.  So it is in Bay Area Houston, as well, except for one night each January. Since 1994, the Bay Area Houston Economic Partnership has set aside a very special evening in January to celebrate the past while looking to the future. That night marks the occasion when BAHEP presents its renowned Quasar Award to an outstanding elected official or business leader who has demonstrated a strong and continual effort to support the business foundations of the greater Bay Area Houston communities.

BAHEP President Bob Mitchell was the first to notify Dr. Hellyer that she had been selected. “When she heard the news, she was literally speechless for several seconds,” he said. It is truly gratifying to honor an individual of Dr. Hellyer’s caliber who, above all, remains humble about her incredible accomplishments and gives well-deserved credit to her colleagues.

“She has taken San Jacinto College into the 21st century with the addition of programs that are essential to building and maintaining the skilled workforce that is fundamental to the economic well being of the region. Dr. Hellyer’s long-term vision for the College and consideration of the needs of her students and the community have made such a positive impact and will continue to do so far into the future.”

‘HUMBLED’
On her selection for the Quasar Award, Dr. Hellyer said, “I am humbled and honored to be named the Quasar Award recipient. I am fortunate to represent amazing and talented people who make up our Board of Trustees, employees, and student body at San Jacinto College, all of whom have made it a top 10 College in the country.

“I am extremely thankful to the Bay Area Houston Economic Partnership for this honor, and I applaud the work that they do every day to make the economy in our Houston region vibrant and strong. On behalf of San Jacinto College, it is an honor to receive this award.”

16 NEW BUILDINGS
Dr. Hellyer has also worked tirelessly to transform the physical image of San Jacinto College from a 1960s college to a modern community college offering students training and education in collaborative classrooms on equipment they will use when entering the workforce. During her 10-year tenure as chancellor, the college has constructed or will construct 16 new buildings while completing renovations on many more.

Those buildings include the Maritime Technology and Training Center, which opened in March 2016; the $60 million LyondellBasell Center for Petrochemical, Energy, & Technology (CPET), which opened in September 2019; and, most recently, the EDGE Center. Designed to offer the nation’s leading edge curriculum in advanced manufacturing training, the San Jacinto College EDGE Center is now the official training partner for the Houston Spaceport.

The 27th Annual Quasar Award will pay tribute to Dr. Hellyer’s singular leadership and innovative initiatives, which have served to redefine education and workforce development in the Bay Area Houston region