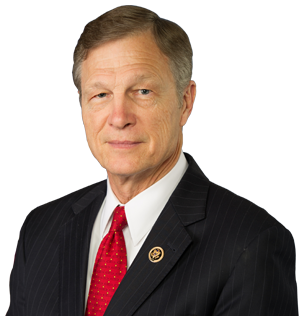 Rep. Brian Babin (R-TX) wants a complete rethinking of the government’s role in regulating new commercial space ventures like asteroid mining.  Rep. Jim Bridenstine (R-OK) has been championing an expansion of the regulatory authority of the FAA’s Office of Commercial Space Transportation (AST), an approach also endorsed by the Obama Administration.

The FAA’s Commercial Space Transportation Advisory Committee (COMSTAC) is in the process of discussing a draft of the Bridenstine.  Babin is saying wait — expanded government regulation may not be the answer.

Babin chairs the Space Subcommittee of the House Science, Space, and Technology (SS&T) Committee and gave a comprehensive address on the topic at a Commercial Spaceflight Federation (CSF) breakfast meeting this week.  Offering historical examples of where government attempts to regulate new technologies were “ill-conceived,” he contended that other ways should be found to satisfy U.S. obligations “without stifling innovation or smothering the embers of creativity.”

The issue stems from U.S. government obligations to authorize and continually supervise the space activities of non-government entities, like companies, under Article VI of the 1967 Outer Space Treaty.  Babin defended the Treaty itself, saying it is “just as relevant today” as it was 50 years ago.  It was adopted by the U.N. General Assembly on Dec. 19, 1966; opened for signature on January 27, 1967; and entered into force on Oct. 10, 1967.  He characterized negotiations over the treaty in that Cold War era as reflecting two very different philosophies, communism and freedom.  “Fortunately, the United States position was accepted” and Article VI allows for non-government entities to engage in space activities freely.

Another positive feature is that the treaty does not dictate how signatories should fulfill their Article VI obligations, he pointed out, leaving it up to each nation.  Today, as innovative non-traditional space activities are emerging, the United States needs to decide what to do, but it should not quickly jump to the conclusion that more regulation is the answer. “While some may see regulations as the easiest way to ‘check the box’ on satisfying our international obligations … I would challenge all of you to explore more creative options.”

Section 108 of last year’s Commercial Space Launch Competitiveness Act (CSLCA) required a report from the White House Office of Science and Technology Policy (OSTP) recommending an approach.  The report was delivered to Congress earlier this year recommending that FAA/AST’s authority be expanded to approve “mission authorizations” for companies that want to build space stations in Earth orbit, create lunar bases, mine asteroids, or other non-traditional commercial space activities.  That approach is favored not only by OSTP and FAA/AST, but by Bridenstine who has been in the forefront of raising these issues in Congress and the space policy community.

Babin wants other options considered, however.  He feels the OSTP proposal places the burden on companies to demonstrate their consistency with U.S. obligations, foreign policy and national security when it should be the other way around.  “Instead, we should have a regime in which the private sector activities are presumed authorized and only after the government has met certain conditions can it place restrictions on an activity.”