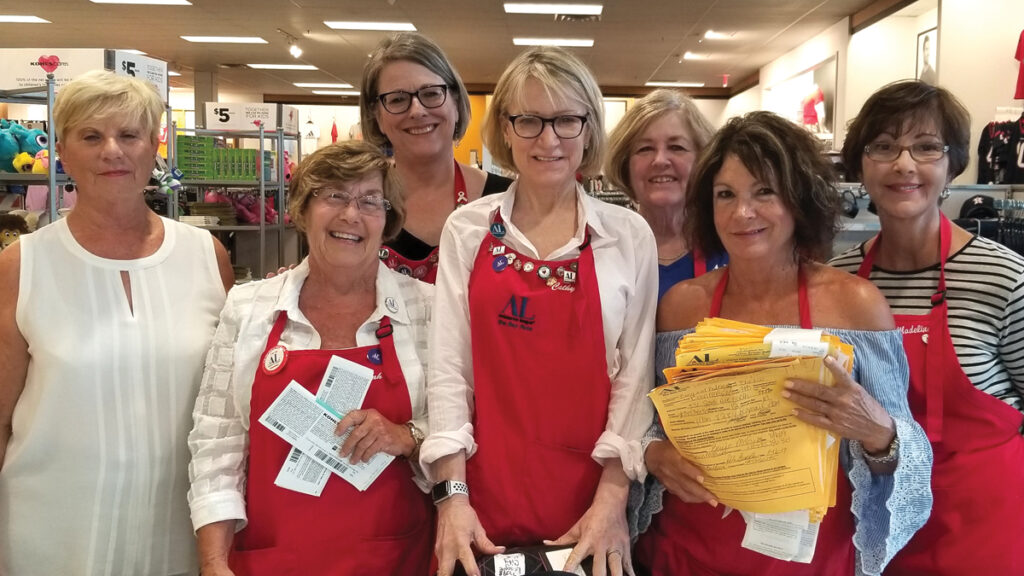 Few organizations in the Bay Area change more lives than the Assistance League. Its members spend countless hours seeing that children from needy families get new clothes for school so they fit right in with all the rest of their classmates.

“The success of the program this year is due to the support and input of our members, community partners and volunteers, school district volunteers, financial support from local businesses and foundations, and our local Kohl’s and Target department stores,” Chairman Elizabeth Arceneaux said.

DRESSING BEGINS
Phase 1 dressing began on Aug. 17 and ended Sept. 21. During that period, 3,031 students attended dressing events at the three local Kohl’s stores (Baybrook, League City and Pasadena) and the Galveston Island Target. They were greeted by dedicated volunteers and given a budgeted amount to use to purchase new school appropriate clothing, shoes, underwear, and a jacket. At checkout, each student was supplied with a hygiene kit and a Sesame Workshop book, Healthy Teeth, Healthy Me, she said.

Students also were able to select books donated bylocal schools and at the Baybrook Kohl’s books donated by the store. A total of 6,952 books were placed in the hands of these students.

Two Phase 2 dressing events were held at the Baybrook and League City Kohl’s stores on Oct. 5 and Nov. 7. Since then, during a Nov. 22 emergency dressing, an additional three students received clothing — a total to date of 3,234 students whose lives have been changed by Assistance League efforts.

MANY FIRSTS
There were many firsts this year, Vice Chairman Sarah Foulds explained:

Almost the entire budget was spent on clothing and hygiene kits. Even with $26,700 in discounts received from Target and Kohl’s on the purchase of gift cards and over $28,000 in Kohl’s Cash, the total budget has been expended with one final dressing event held Dec. 5, at the Baybrook Kohl’s store.

The dressing will be continued only on an emergency needs basis. All emergency requests must be sent to osb@assistanceleagueba.org