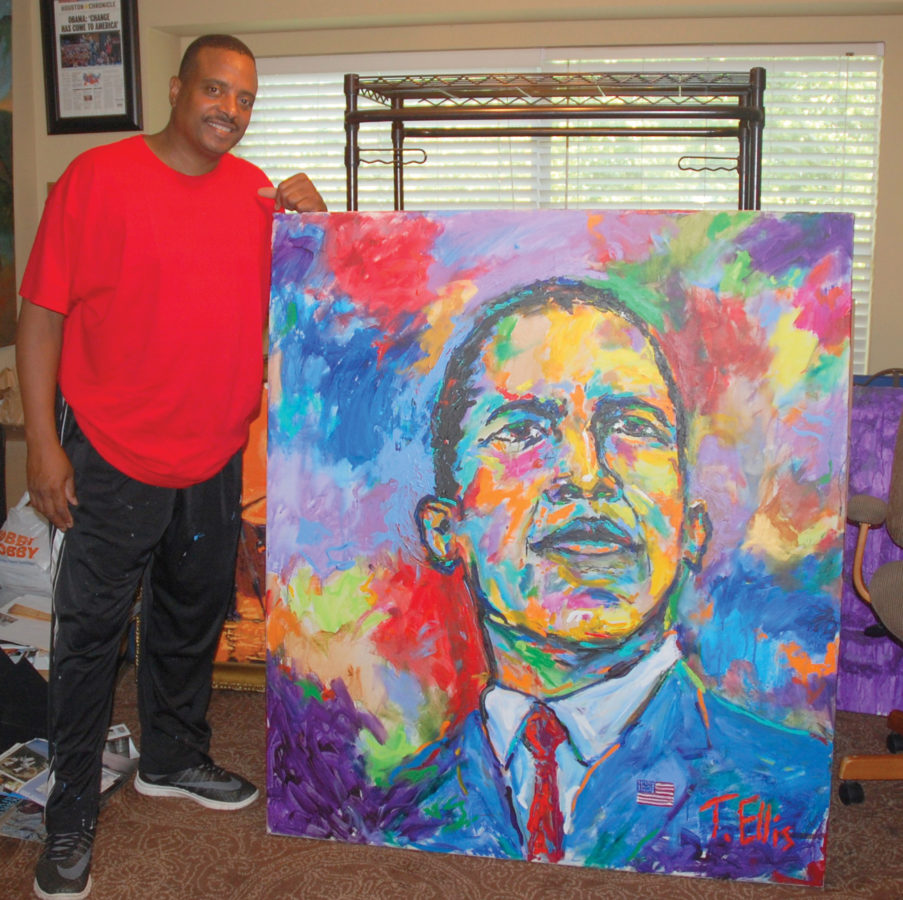 For some, a man’s home is his castle. For artist Ted Ellis, his home is his canvas. Walls filled with his paintings line the walls including those cascading down the wooden staircase. Once a chemist, Ellis realized his passion for art had to be expressed, and he switched from mixing chemicals to mixing paints.

“I saw the world through the eyes of an artist, and I had to fulfill that desire.” “I have made a living creating art for decades now, and I couldn’t be happier,” he said.

Seeing life through the colored filter of his imagination, his vision of the world translates to the canvas as naturally as wildflowers to a field. The giant canvas of his home, draws the eye upward upon entering the foyer, with blues and greens and sunlight yellows splashed calculatingly on each piece. Dedicated to representing life through the ages, Ellis documents cultural expression of a past way of life.

With the soul of an artist, Ellis creates each piece from somewhere deep in his heart with colors as vibrant as the events themselves. Although Ellis has many paintings of the African-American experience, he also has a knack for capturing life’s every day mundane moments. A picture of an old Southern woman with a hat and an apron, hanging clothes on a clothesline comes to life right away. A woman holding a quilt represents the generations of African American farm workers with the brightly colored cloth stitched together like the threads of time interpreting African American life.

None are more important to him than a 10-foot by two-foot horizontal commemorative painting of the historical moment of 150 years ago documenting June 19, the day the slaves were freed. 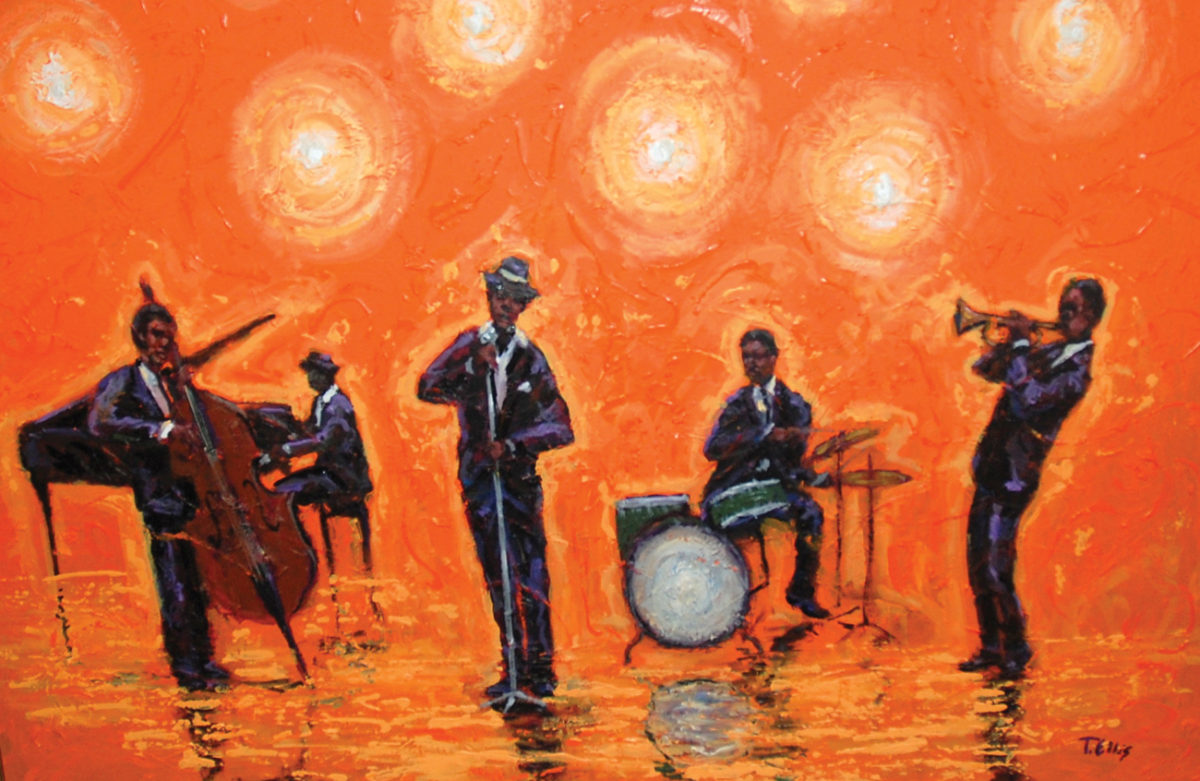 Included in the painting is the proclamation itself. Even though slaves had been freed two years before in 1863, it took that long for the slaves of the south to receive the news of their freedom in 1865. It seems only fitting that this month Houston has just completed and opened Emancipation Park in honor of the $33 million refurbishing of the park created for $180 in 1870.

“The colors have changed and become very sophisticated creating even more dynamic colors. Nothing is new in painting, it is all a matter of how you use the paints.”

The second floor in the home houses perhaps his most famous painting; the five-foot by three-foot portrait of President Barack Obama painted for his exhibit in Washington D.C. presented during the inauguration at the French Embassy.

“That was the highlight of my life,” he said . “To be a part of the inauguration of the first African American president, well it has set the bar so high. I don’t think it gets any better than that. I painted a portrait of him all in blues just from my imagination. It actually looks like he is crying, while the painting I took to the inauguration is like a rainbow of colors because I wanted it to express my vision of people of all colors working and living together.”

Ellis is devoted to sharing his talent with children. Many programs with kids have set him apart from other artists. Perhaps none is more impressive than his work with MHMRA, the Mental Health Mental Retardation Authority of Harris County. He worked with a handful of children who will never attend school other than the one at MHMRA. Some were deaf, some were blind, some suffered from both, along with other disabilities.

Ellis gave each child a paper plate with tiny blobs of paint on them. He had a canvas at the front of the room. Each student approached the canvas, and painted a few brush strokes, as he turned the canvas around between students. What was up was now down.

“You see how pretty this is, he said. “It doesn’t matter how you turn it or how you paint it. There is nothing incorrect in art. There is no wrong way in art. You are all artists.”

And the looks on their faces said it all. The little canvas looked like a Picasso, a beautiful abstract that they had done.

“Their happiness was infectious,” he said. “We see so much ugliness today and so much violence. We need beauty and joy, that is all.”