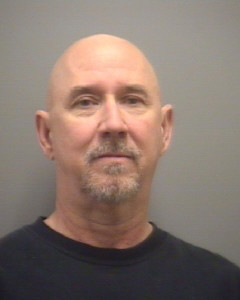 League City Police Detectives have arrested 58-year-old Jesse “Dean” Kersh for the 1983 murders of Beth Yvette Wilburn, Thomas Earl McGraw and James Craig Oatis, who died in what became known around the Bay Area as the “Corvette Murders.”

Detectives arrested Kersh at a restaurant in the 23000 block of Aldine Westfield Road in Spring at 8 a.m. Tuesday, Jan. 27.

The three murder charges were accepted by the Galveston County District Attorney’s Office, each carrying a $50,000 bond.

The triple homicide, which was the talk of the town for many months, occurred in League City in 1983 at a business named Corvette Concepts, located at 595 W. Main St. Beth Wilburn was co-owner of the business at the time.  Thomas McGraw was an employee of the business and James Oatis was a contracted electrician performing work on the premises. The victims, already dead, were discovered by a co-owner of the business, Robert Currie, at 7:45 a.m. Nov. 3, 1983.

The “Corvette Concepts” case spans over three decades with multiple law enforcement agencies participating in the investigation.  “The pursuit to bring justice and closure to this historic and unsolved League City homicide case has been a personal endeavor for all involved,” officers said in making the announcement. “The League City Police Department is grateful for the partnership with the Federal Bureau of Investigation, the Texas Rangers, and other area law enforcement agencies for their assistance in this investigation over the years,” they added.